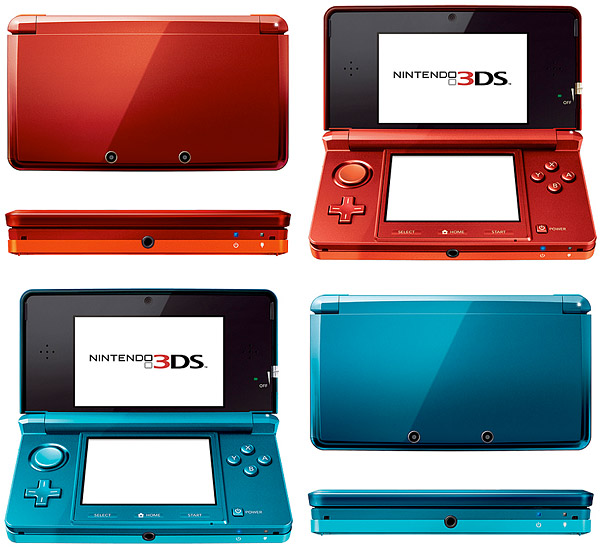 At the ongoing E3 Expo, Nintendo took the wraps off on their highly-anticipated follow-up to the DSi.  Called the Nintendo 3DS, the new system brings glasses-free 3D experience to handheld consoles, together with a slew of changes that should make for truly immersive gaming.

While it looks similar to the DSi, the primary display is now a wide-panel 3.5-inch touchscreen.  There aren’t much details about how it produces the 3D effects, but according to those who’ve tried the console at the show (yes, Nintendo had working prototypes with playable 3D demos), it seemed like a good – not great – implementation.  Still, that’s pretty impressive, making me look forward to how well it can do with the full game versions.

Aside from the 3D-capable top screen, the Nintendo 3DS also has  3-inch bottom display like the rest of its predecessors, along with motion sensors, gyroscopic controls,  and a 3D depth slider that allows for 360-degree analog input.  Surprisingly, it has three cameras – one internal for video conferencing and two external for capturing 3D pictures.  Yes, you can snap 3D images on your handheld gaming device.  How awesome is that?

According to the company, the 3DS will house a significantly-improved graphics chipset, allowing it to produce visuals that rival those of bigger devices (Engadget says the demos are about as graphically rich as Wii or iPad titles).  It will also be backwards-compatible with all games from the DSi.  Other features include 3D movie playback (Avatar in 3D on a DS, anyone?) and live communication even when in sleep mode (it will continue downloads and update persistent games).

No dates and pricing yet, but it sounds like something to watch out for.