This Nintendo 64 LEGOformers Kicks All Your Custom LEGO Projects’ Ass 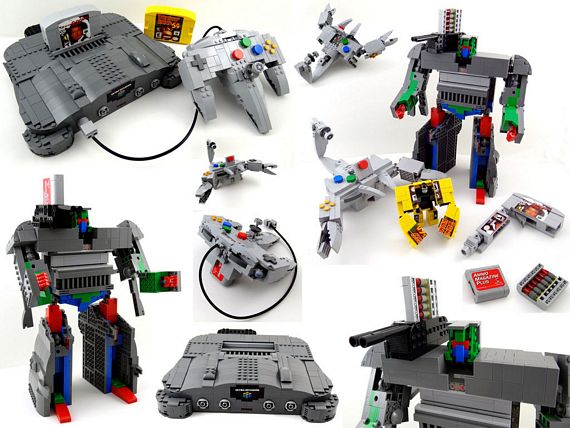 Looking to get fresh ideas for a custom LEGO project?  Stoke the flames of your imagination (and be disappointed when you realize you won’t be able to figure it out) with these Nintendo 64 Legoformers.

Made by New York-based LEGO artist Baron von Brunk, the set recreates a full-size Nintendo 64 game console, a controller, and a couple of game cartridges.  And since that’s not difficult enough for von Brunk, every single one of the builds can morph into a fancy robot form, making for some of the most amazing LEGO creations we’ve seen around these parts. 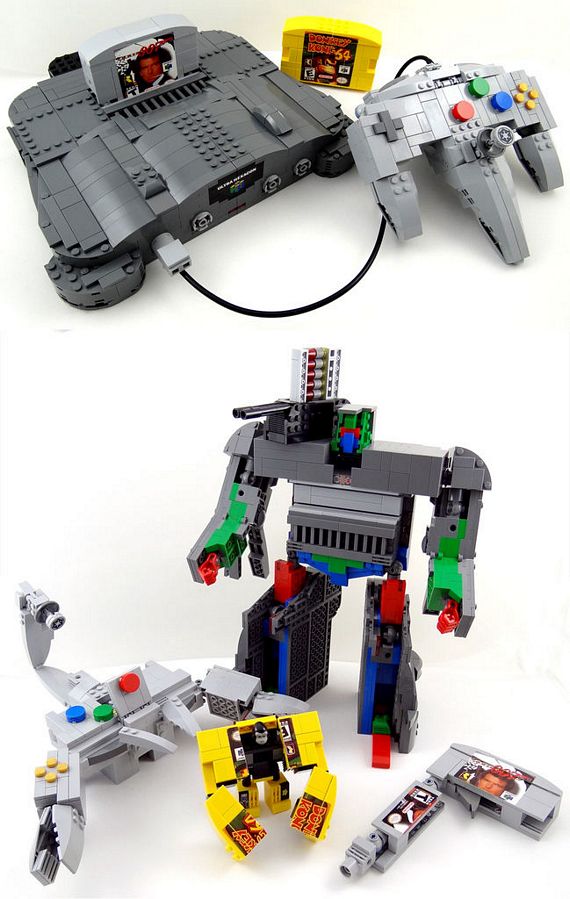 Four pieces make up the Nintendo 64 LEGOformers: a Nintendo 64 console named Ultra Hexacon, an N64 controller named Tetragon, a cartridge named Hot-Shot (GoldenEye 007), and a second cartridge called Mecha Kong (Donkey Kong 64).  Every single one is near-perfect in size and dimensions, with some seriously high levels of articulation.   More impressively, other than the stickers and labels, everything is made with stock LEGO pieces (no cut-ups, no painting, and no gluing) from a variety of sets. 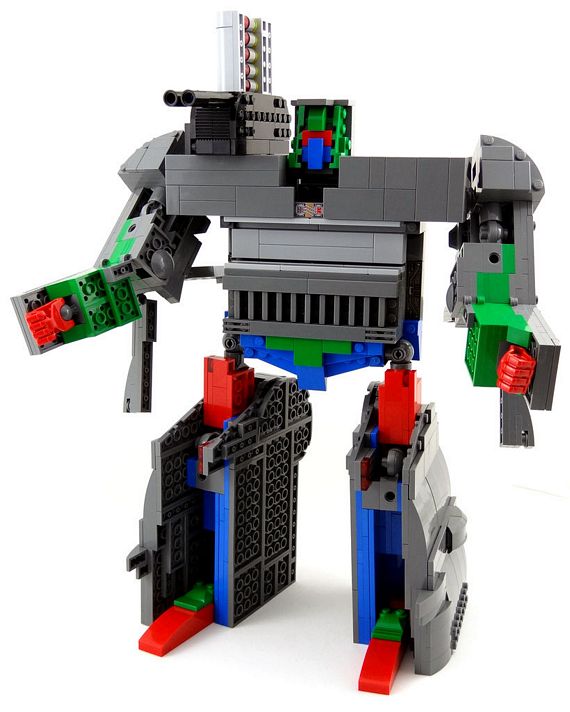 The best of the bunch is, obviously, Ultra Hexacon, which, in robot mode, looks like a cross between 2nd-generation Megatron and Fortress Maximus.  Not only is it mad crazy to look at, Baron claims it can be stood and posed without a single piece breaking off.  Its transformation cycle is based from that of an Autobot cassette named Eject.

Nintendo 64 LEGOformers was created as part of the Toy Brick Contest held this summer.