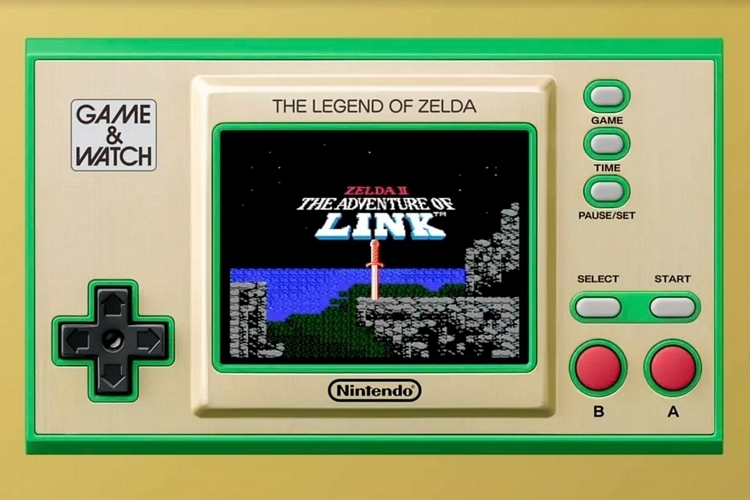 Last year, Nintendo revived the Game & Watch brand, turning out a handheld that played a small collection of Super Mario games. Yes, the darn thing was as irresistible to Nintendo fanboys as the rest of the mini-consoles they released before it. This year, they’re continuing the tradition of draining our collective wallets dry with the Nintendo Game & Watch Legend of Zelda, which lets you re-experience the adventures of Link and the magical princess in an 80s handheld form factor.

That’s right, Nintendo will let you explore the magical land of Hyrule in their classic Game & Watch form factor, so you can spend your train rides, waiting lines, and other uncomfortable moments of solitude on the go mashing buttons like children did back in the 1980s. Except… you know… those children were playing simple single-screen level games like Donkey Kong and Popeye, while you’re going to be enjoying the adventure of Link and Princess Zelda like the other cutting-edge gamers of the time. Or something. 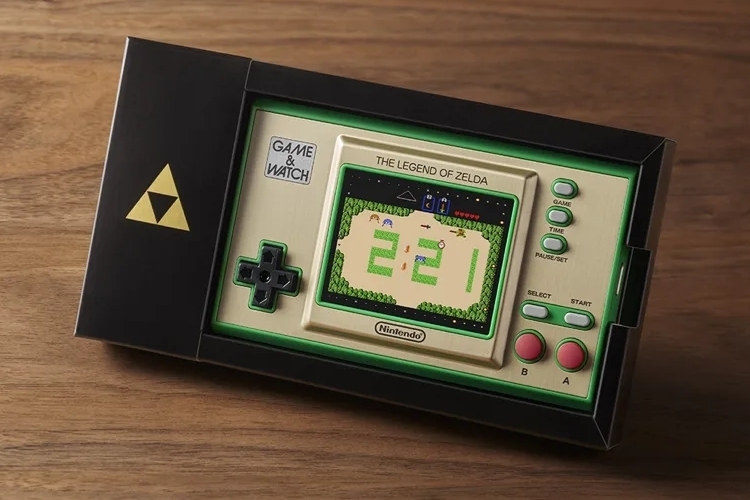 The Nintendo Game & Watch Legend of Zelda takes the classic likeness of the 80s handheld console, from the button placements and screen size to the color flourishes and the various labels. Simply put, there’s a good chance your parents and, maybe, even grandparents will recognize it as the cutting-edge on-the-go gaming toy of a bygone area. What betrays its vintage aesthetics is the absence a monochrome screen, which gets replaced by a full-color panel, so you can enjoy Zelda’s 8-bit adventures in all its colorful glory. They also added Start and Select buttons, which, we imagine, you will need to properly navigate the game menus.

According to Nintendo, three full Zelda games will be included in the device. There’s the original NES version of The Legend of Zelda from 1986, Zelda II: The Adventure of Link from 1988, and the Game Boy version of Link’s Awakening from 1993 (you know… the game they remade for the Switch just two years ago). Additionally, they threw in a reskinned version of the Game & Watch title, Vermin, which swaps in Link in place of the original character. 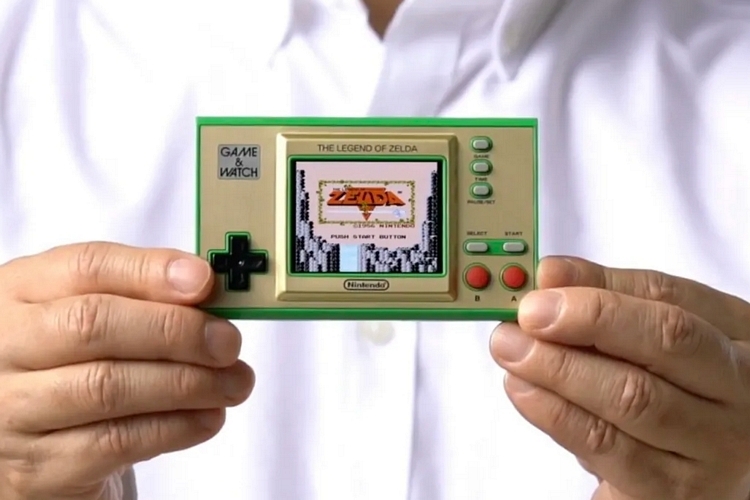 The Nintendo Game & Watch Legend of Zelda will, of course, stay true to the Game & Watch tradition by including clock functions. Specifically, it will have an animated clock with Zelda graphics and a Zelda-themed timer that features battle scenes taken from Zelda II, showing Link taking down enemies one after the other while the clock counts down. 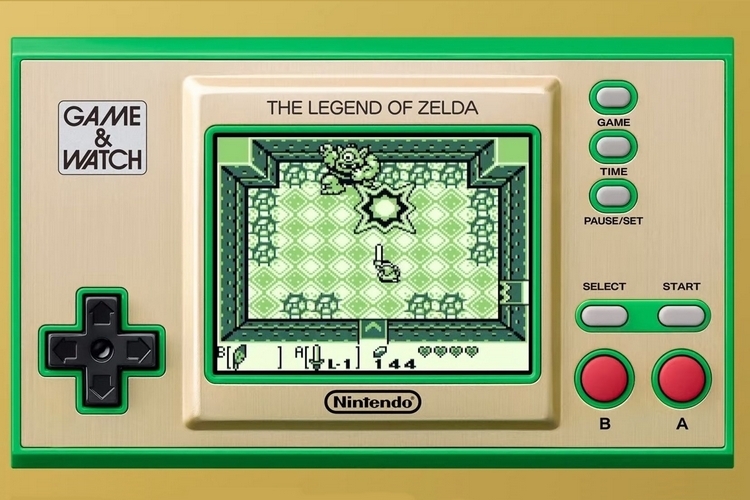 Will Nintendo be doing this as annual thing with all of their franchises? Probably. We mean, this thing will clearly move a lot of units, so why wouldn’t they keep pumping these out? That means, it’s probably prudent to start planning your Game & Watch purchases in the foreseeable future, so you’ll be ready whether they decide to release it for Metroid, Pokemon, Smash Bros, Nintendogs, Donkey Kong, or any of the other franchises they own.

The Nintendo Game & Watch Legend of Zelda comes out in November, priced at $49.99.