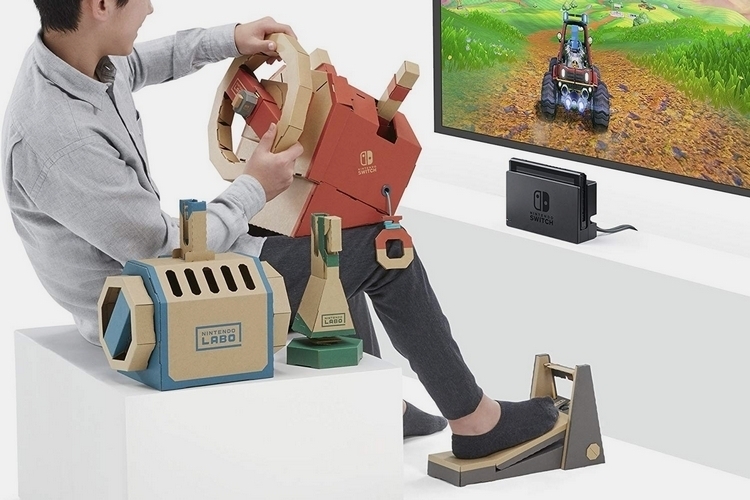 We’re big fans of Nintendo’s Labo kits, which let you build cardboard accessories that you can use as unconventional controllers for a collection of mini-games. As awesome as they are, their replay value hasn’t exactly been outstanding, with each one feeling more like a novel experience to dabble in until you get bored, rather than a game to come back to over and over. With the Nintendo Labo Vehicle Kit, the outfit is accompanying their cardboard toys with a more complex game experience on the Switch.

As the name implies, vehicles are the focus for this set, which lets you build controls for a car, a plane, and a submarine. All the cardboard toys look well-thought-out, too, with the car getting both a steering wheel and pedal, the plane getting a proper flight stick, and the submarine getting… well… whatever kind of submarine control that is. 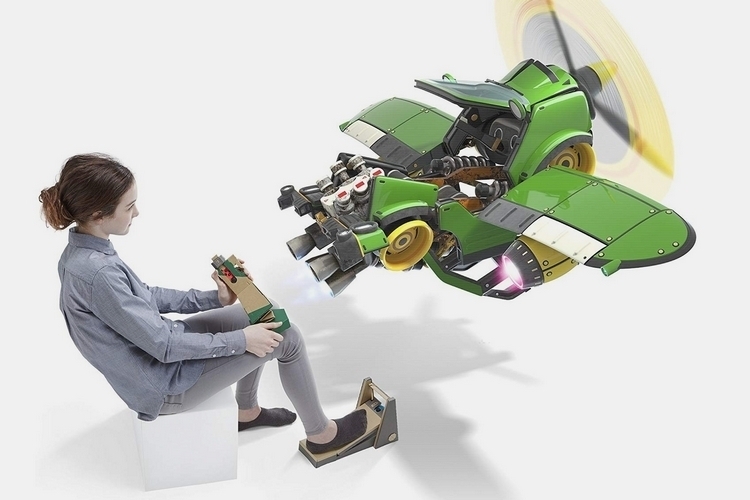 The Nintendo Labo Vehicle Kit starts you out by building two keys, which are used to activate the vehicles currently in play in a game. That means, if you’re using the car, you put a key in the car. Same as with the flight stick and the submarine control. Why two keys? Because it comes with a two-player coop mode that allows someone to control the car, while the other person controls a weapon that’s mounted on the car using the flight stick. Yes, two player mode will require an extra set of Joy-Cons, so looking to enjoy everything this has to offer will cost a good chunk of extra change.

The car, by the way, is the most complex of the builds, requiring about a couple hours to finish. It comes with a pedal to accelerate the car, a steering wheel to maneuver it, and two levers on either side for a battle mode that gives your car arm-like weapons that you control using the sticks. That’s right, it comes with online player-versus-player, which, on its own, should keep plenty of players coming back for more. On top of that, the car controller can be used to operate vehicles in Mario Kart 8 Deluxe. 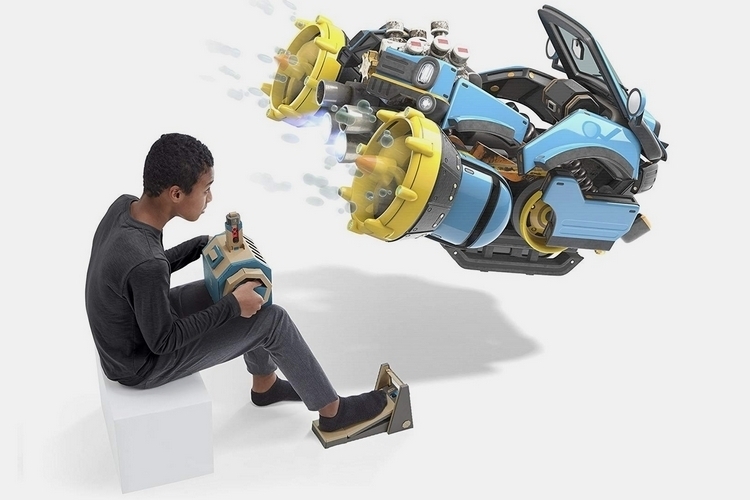 The Nintendo Labo Vehicle Kit comes with an adventure mode that allows players to explore 10 different areas, each one containing eight challenges to complete. It’s designed to be the first game you play using the kit, as it walks you through each of the controls, showing you how to do everything using the different vehicles. You will be switching vehicles all throughout this mode, by the way, which will require you to move the key to the next rig. 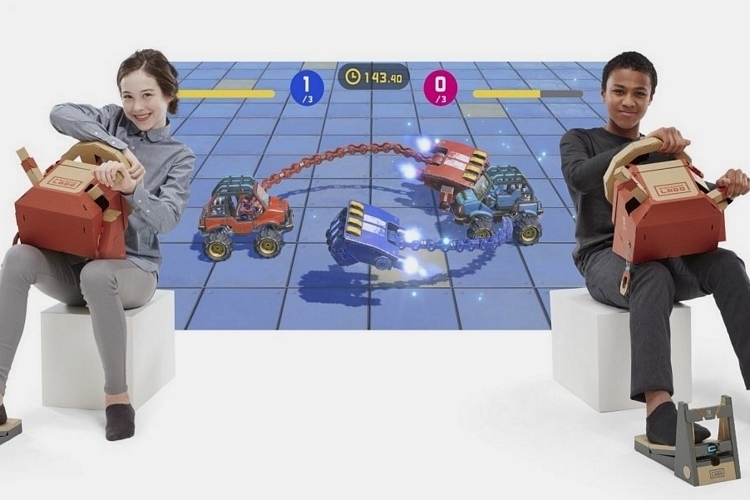 Aside from the adventure, battle, and coop modes, there’s also a slot car game that you play using just the pedal, as well as a Paint Studio that lets you paint over each of your in-game vehicles. The kit comes with a cardboard spray paint for this, which you must also build, same as with all the other controls. According to Nintendo, future game modes are in store, including a rally mode, a circuit, and more.