Nintendo games are one of the most played games. For most of us, it feels like Super Mario has been around since forever. Super Mario is probably one of the first games I have ever played, and I am sure it is the same for a lot of people. Even to this day, the fascination for Super Mario is still present. Ever since its release, the game has only seen a rise in its popularity. Right from video game consoles to Nintendo, almost every type of device has this game. Recently, Super Mario even released the Android and iOS version of the game. For the geeky fans of Mario, it sure is a lovely surprise. 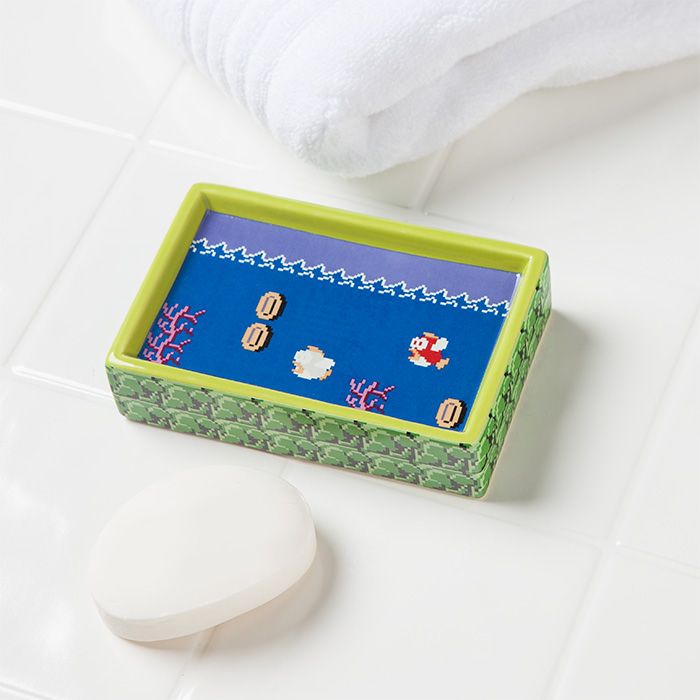 It is common to see famous movies and books coming up with related merchandise to surprise their fans. Now imagine, how would you feel if you had access to Super Mario merchandise? Super Mario has now officially launched their goodies and merchandise with its classic themes. This is enough to get all the die-hard fans totally excited. The new range of products launched includes a Super Mario themed soap dish. The dish is made of ceramic and not just looks good but is sturdy and durable as well.

The underwater theme of Super Mario was probably one of the most frustrating as well as exciting level in the game. It probably took a lot of people a lot of tries to complete those levels. Hence it remains as one of the favorite levels in the game. It is fitting that the company has chosen this particular theme for their soap dish. Now, even a boring shower or a bath can become exciting with an imaginary Super Mario game. The bubbles from the bath will only add to the mystery. The soap can be parked in the soap dish a.k.a. the underwater world of Super Mario. It sounds cool even while saying it, right?  So imagine owning and using one. 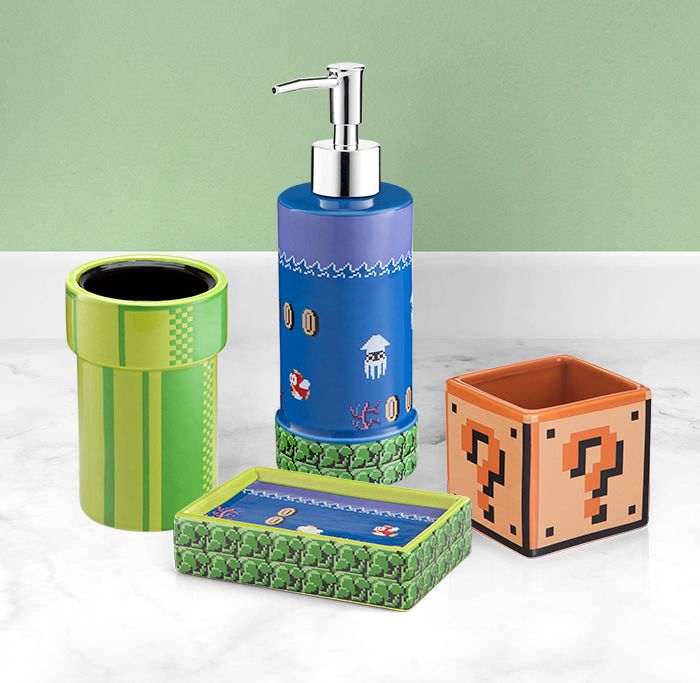 With all the stress in our everyday lives, we have often forgotten to relax and let go of the child in us. This little soap dish themed with our favorite childhood character is sure to make you start the day with a smile on our face. Wash away all the tension by playing an imaginary game of Super Mario and make even a boring bath time more exciting. As for the kids who refuse to take baths regularly, this could be the perfect motivator. Try gifting this to the kids, and they will never skip a bath hereafter.

The dish is designed realistically with cheep cheeps, the biggest enemy of Super Mario.  Set in the deep blue color of the water, the dish is a must-have for all Super Mario fans. The outer structure of the dish is covered with tile like structures set in green color. The company has taken so much efforts to design the soap dish as close to the original theme as possible.