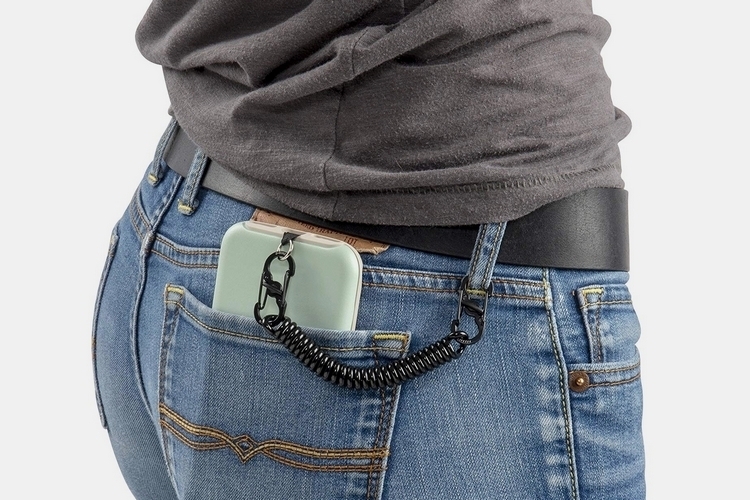 Whether you accidentally drop it, absent-mindedly forget it, or unknowingly have it slip out of your pocket, it’s not that difficult to lose your smartphone. Stuff like that happens every day. If you don’t want any of it to happen to you, then keep the darn thing tethered to your body. That’s exactly what you can do with the Nite Ize Hitch Phone Anchor.

Designed to keep your phone tethered to your body, the contraption puts an anchor in your phone, so you can attach it to a belt loop, a wristband, or anywhere else on your clothing. That way, you can drop it, forget it, or even have it slip out of your pocket without ever losing it permanently, since the darn thing will just dangle from wherever you attached it. Sure, your phone could hit a wall and crack its screen while it dangles, but, at least, you haven’t lost it. 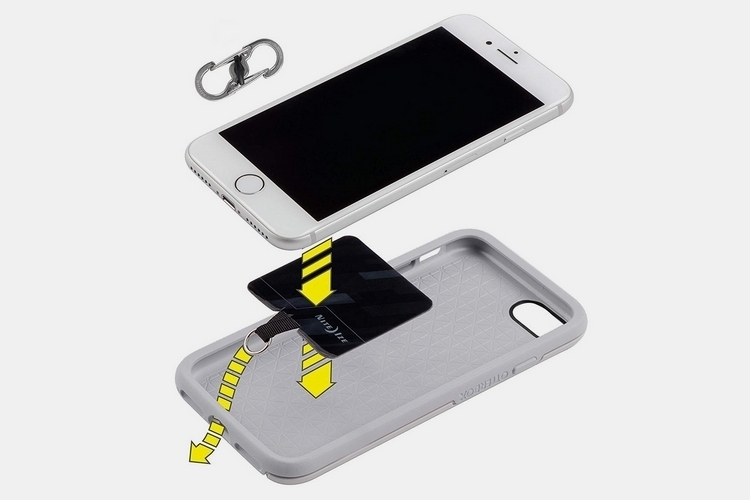 The Nite Ize Hitch Phone Anchor adds a small ring on your phone where you can attach the included coiled tether, which you can use to hook it to a belt loop, affix it to a D-ring on your backpack, or wear it as a wristband.  No, the ring doesn’t attach to the phone using adhesive backing, instead securing on the phone using a slim anchor tile that’s sandwiched between the phone and its case. Oh yeah, it only works if you use a case with your phone, so you might want to pick up a housing for your phone, in case you don’t currently use one (alternatively, you can skip this and get a case that has a built-in tether).

It’s designed to work with any type of case, by the way, since the only requirement is to place the anchor in line with the cutout that provides access to the phone’s charging port (we’re assuming nobody’s made a case that totally covers up the charging port). Only a short strip of fabric actually comes out of the cutout, too, so it won’t add any obstruction, allowing you to plug into the phone as you normally would without any problems. 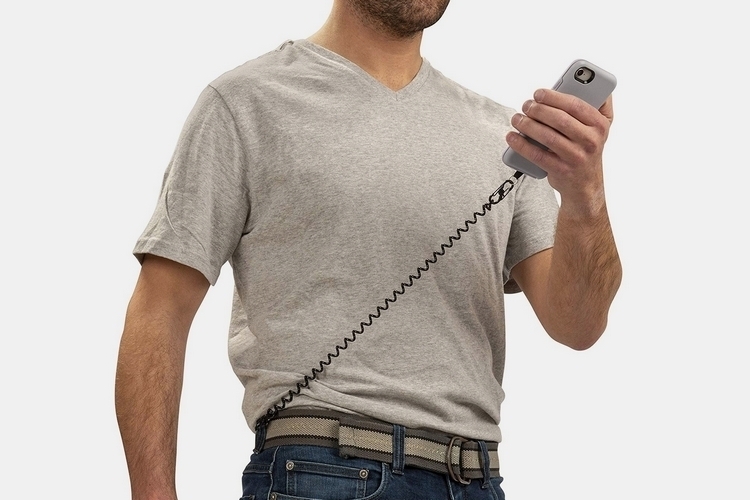 The Nite Ize Hitch Phone Anchor uses a coiled tether, so it compresses into a limited length of just a couple inches, while extending a full two feet when fully stretched. That way, you won’t have an intrusive length of cord dangling on your body, while allowing you to use the phone freely. That means, you can still take selfies, shoot pictures of your food, and photograph your pets even while the phone is tethered to your waist, ensuring you won’t have to sacrifice regular updates to your Instagram feed.  We mean, think about your followers. 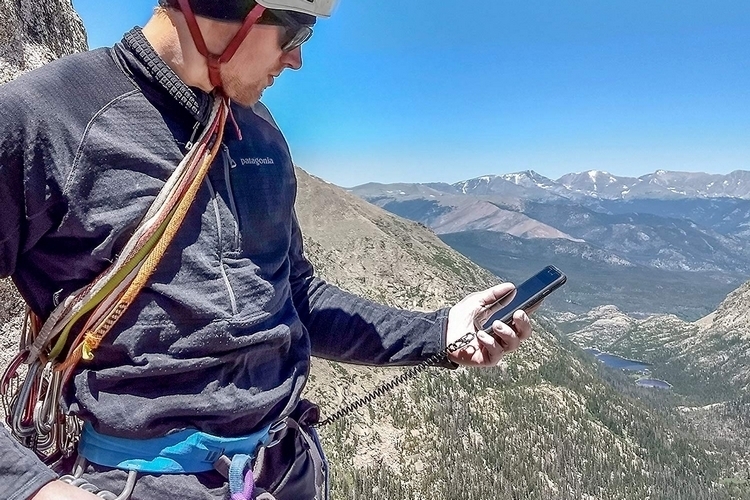 To ensure the hooks don’t accidentally come off either from the anchor or the belt loop, the tether uses locking mini-carabiners on either end. Equipped with a twist-to-lock feature, the double-gated carabiners can’t be opened without twisting back, so removing them will have to be a deliberate action, eliminating the chances of accidental dismounts.