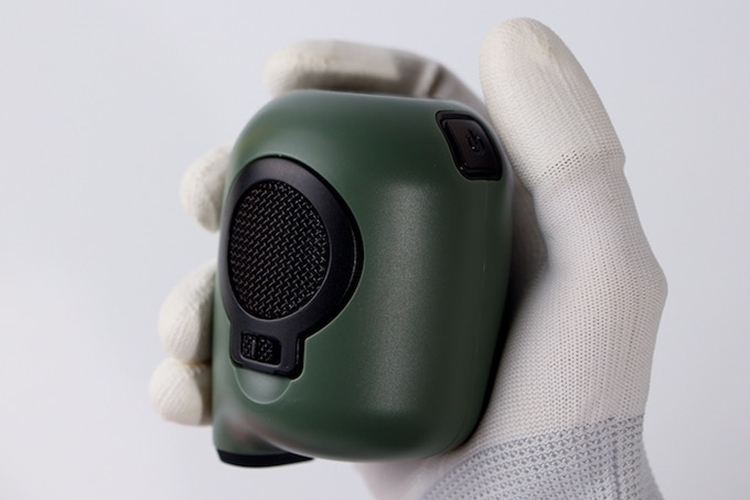 We’re big fans of Nitecore’s BlowerBaby (and their abbreviated new model), a battery-powered air blower you can use to clean lenses and other sensitive materials. It’s a very handy cleaning tool to have in your stash, especially if you work with cameras, optical products, and small electronics. Despite its relatively portable size, some people, apparently, still find it a tad too big. Hopefully, the Nitecore BBMini will hit the size mark for those folks.

That’s right, they’re making another version of the electric air blower – one that’s more compact than the two previous iterations. Is it that much more compact? Not really, since it’s still not a rig that will fit in your pocket. However, with a form factor reminiscent of mobile speakers, it’s the kind of gadget you can slip into a small backpack pouch, making it more convenient to bring along. 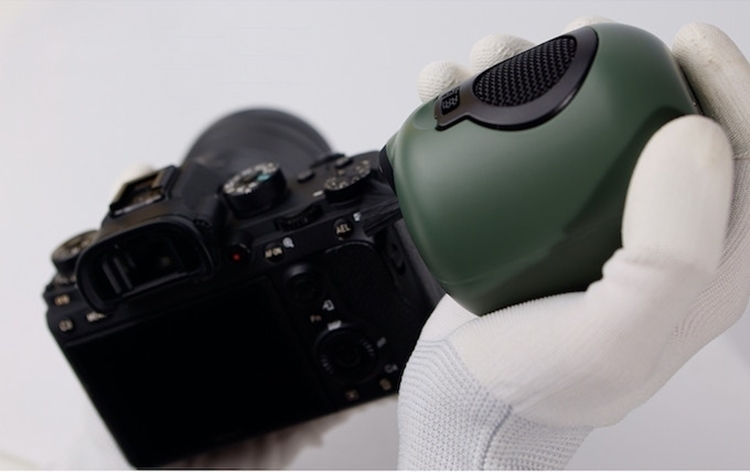 The Nitecore BBMini performs the same primary function as its bigger counterparts, delivering pressurized air at targeted spots for blowing out all manners of dust, dirt, and debris. It’s equipped with a 25W motor and an 8.88Wh battery, allowing it to spray air with a wind speed of 40.3 mph, around 10 mph slower than the larger BB2. Is that enough cleaning power? We’d have to say yes, since the original BlowerBaby wasn’t much more powerful with its 43 mph wind speed. According to the outfit, the 40.3 mph wind speed gives it around 2.5 kPa of dust removal wind pressure.

The battery is rated to provide up to 150 cleaning sessions, although we’re not sure how long they estimate each session to run. Whether that’s a minute or ten minutes long, the battery should hold enough charge to let you perform multiple cleaning sessions between charges, both at home and on the road. Plus, it charges via a USB-C connection, so you can quickly replenish it using any power bank as the need comes up. 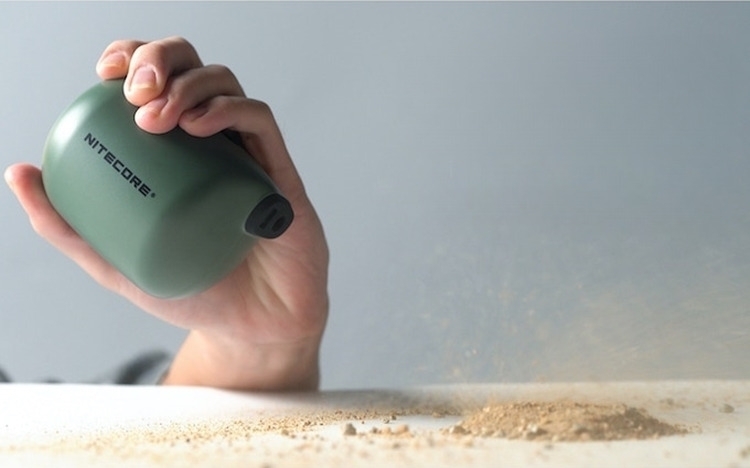 The Nitecore BBMini comes with two power settings: turbo and silent. Turbo, naturally, gives you the full maximum wind speed, albeit at the expense of producing a relatively loud 55db sound. Silent, on the other hand, lowers the noise significantly, but also delivers weaker wind speeds. As with previous versions, a brush is included with the device that can be popped out right at the nozzle and pushed back in using a slider control. The included black brush is stiff, by the way, and intended for use with camera bodies. If you want a softer brush for lenses, you can snap off the black brush (it’s only attached magnetically) and replace it with an optional white brush.

Features include a 1.7-inch integrated impeller with 20 high-density spiral blades,  unidirectional air intake with a high-density filter, and single button control. It measures 3.5 x 2.8 inches (length x diameter) and weighs just under half a pound, so it shouldn’t add too much size or heft to your stash.

A Kickstarter campaign is currently running for the Nitecore BBMini. You can reserve a unit for pledges starting at $41.