Nitecore Tiny Monster TM16GT Can Illuminate Up To 3,200+ Feet Away 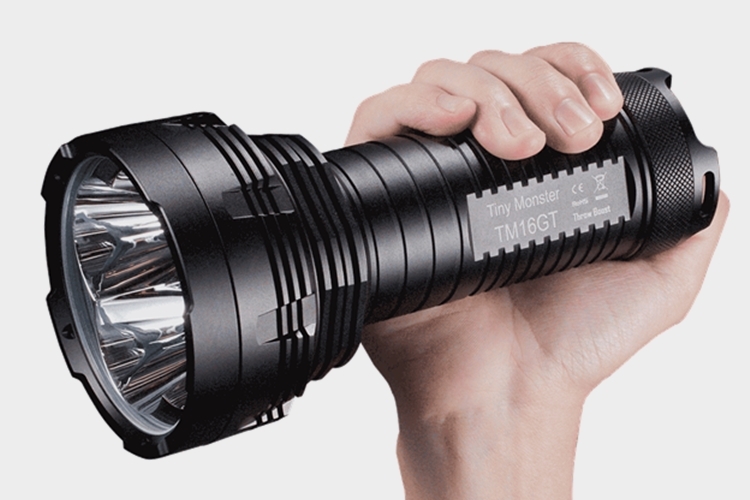 Nitecore’s Tiny Monster line of flashlights has always been about pairing minimum size with maximum power. That continues with the Tiny Monster TM16GT, which boasts an extended range that effectively turns it into a compact, handheld searchlight.

Using LEDs from Cree’s cutting-edge SC5 platform along with a proprietary PDOT reflector, the flashlight is able to throw its beam a distance of 3,290 feet, all while providing 3,600 lumens of brightness. While that’s not entirely unheard of, it’s able to do that while measuring just 7 inches long, giving it some serious size-to-power ratio. 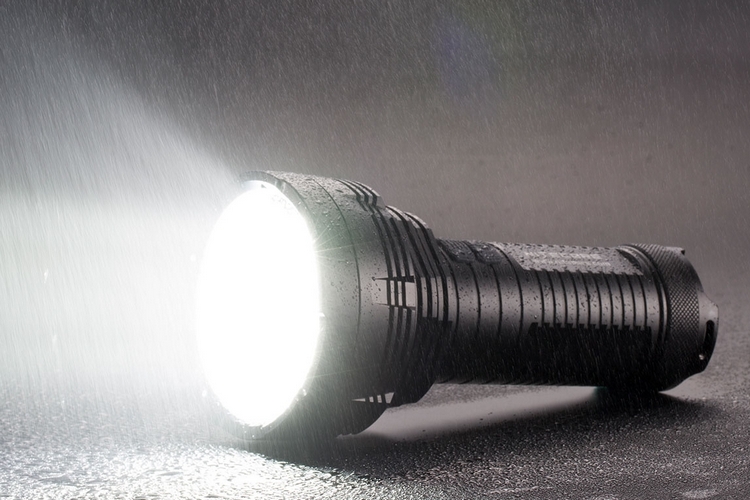 Since putting out that much light is sure to generate plenty of heat, the Nitecore Tiny Monster TM16T comes with its own temperature regulation system that can automatically detect the internal temperature and adjust the brightness output gradually to slowly cool it down, bringing it back up once the temperature has returned to safe levels. That way, the flashlight can stay cool the entire time you hold it in hand, all while drastically extending its work life. It’s powered using four 2300mAh Nitecore rechargeable batteries that can keep it running anywhere from an hour (using maximum 3,600 lumens) to 610 hours (in the lowest setting) with a freshly-charged batch.

Features include five brightness modes, three special modes (strobe, SOS, location beacon), a power indicator that blinks to indicate current battery levels, and a tripod connector at the end of the handle for use as a camp light or camera light. Construction is aerospace-grade, hard-anodized aluminum alloy for the body and toughened mineral glass for the head, with a build that’s both impact-resistant and waterproof according to IPX-8 standards.