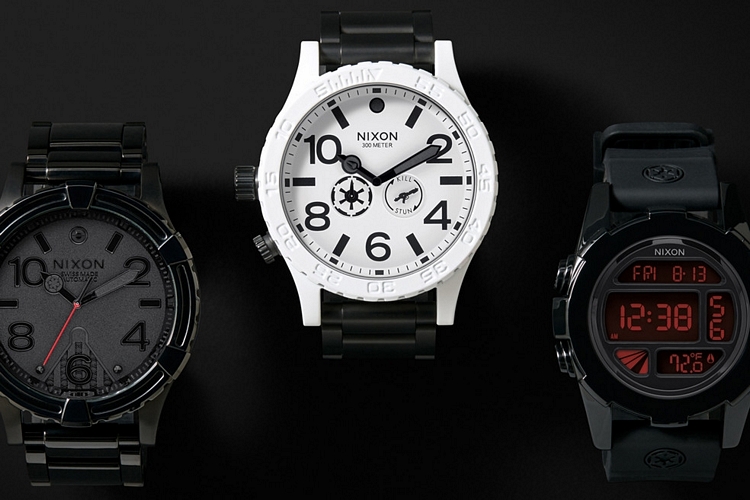 Apparently, Devon isn’t the only watchmaker doing a Star Wars tie-up this season. Youth lifestyle brand, Nixon, is also getting in on the action with a new line of watches called the Dark Side Collection.

Don’t worry, none of the watches are hardcore enough that they’ll make you look like you’re attending a sci-fi convention. Instead, these are actually very tasteful, incorporating the company’s bold silhouettes with fine details that relate to the Star Wars universe. 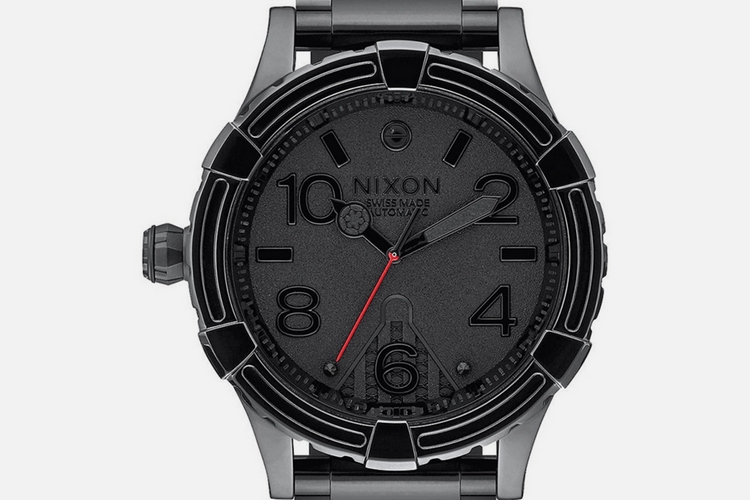 The Nixon x Star Wars Dark Side Collection is starting off with several models, each one based on either Stormtroopers, Imperial Fighters, or Darth Vader. Those who want a Stormtrooper theme can choose among five watches, each one built around a white case, black strap, and multiple details like an embossed Imperial Marker, Kill-Stun settings, and custom graphics in the back. Folks who prefer to don a space pilot style can choose among four models, while Darth Vader fans have only one design for now (more to come), although it’s easily the best of the lot, with a Swiss-made three-hand automatic movement, a triple gasket screw-down crown, and even a window in the back, so you can watch the movement at work. Aside from the watches, the collection includes backpacks, belts, wallets, and other accessories, all drawing inspiration from the aforementioned fixtures of the Star Wars universe, so you can totally accessorize in Force-powered memorabilia if that’s what you’re looking to do. 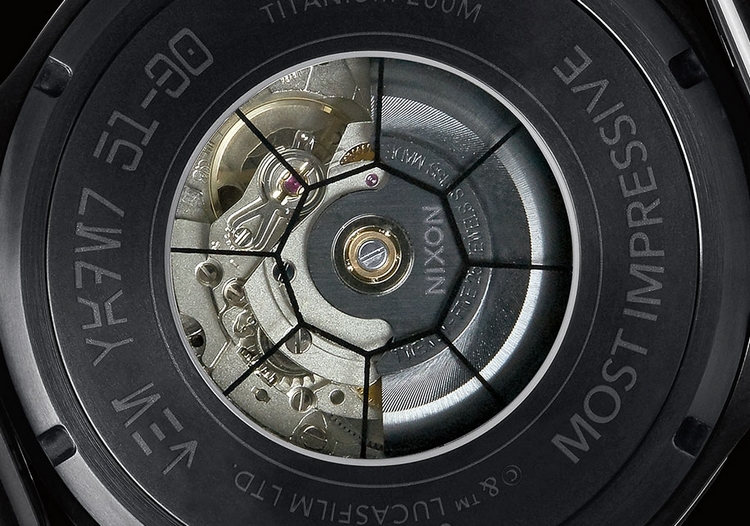 Hit the link below to see the entire Nixon x Star Wars Dark Side Collection.