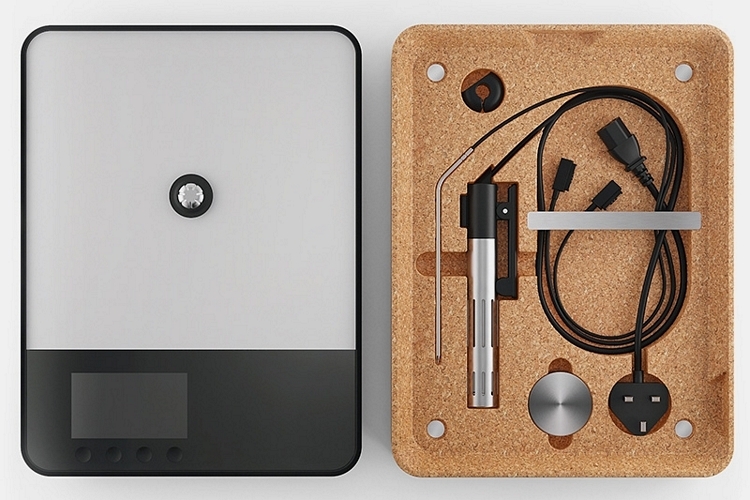 Some people cook by religiously following step-by-step instructions. Others prefer to get creative on the fly. And then there are those who treat cooking like a science experiment. The Njori Tempo is designed for that latter group of kitchen nerds who demand precision every step of the way.

A full-fledged cooking system, it bundles a feature-packed induction stove with a gaggle of accessories that you can use to keep a closer eye on everything you’re cooking. Whether you want to slow cook, deep fry, or sous vide, this thing ensures you get precise measurements and exact temperatures like never before. 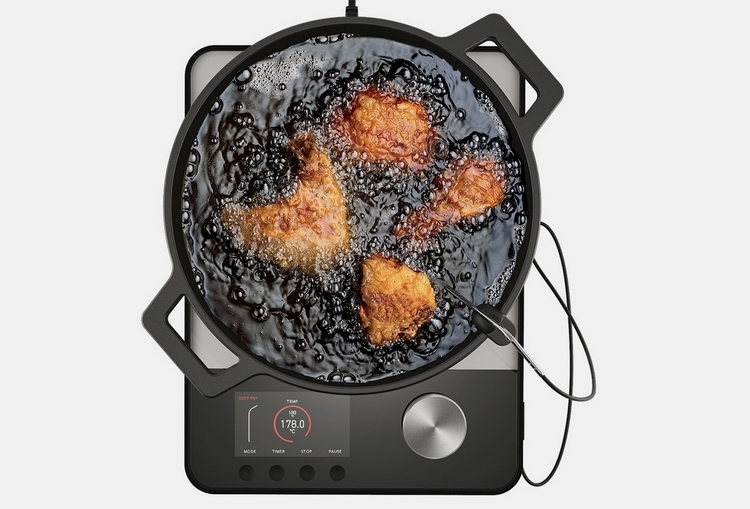 The Njori Tempo’s main component is a single-burner induction cooktop that adds a few elements not found in most similar products in the category. Like other induction stoves, you simply input the temperature you want to cook in and let the cooktop handle the rest. Unlike them, though, it comes with a temperature sensor in the middle that comes in direct contact with your cooking vessel, so it knows the exact temperature at all times, allowing it to make precise adjustments on the fly. They also include a magnetic dial that you can place on the stove for manually adjusting temperature at small increments, allowing you to set desired heat levels without having to press multiple buttons a dozen times. The stove’s ability to measure and regulate temperature on the fly also makes it ideal for slow-cooking, by the way, allowing you to finally put the single-purpose Crock-Pot in the closet to make extra room on the countertop.

The cooktop even has an integrated weight sensor that you can use to weigh ingredients as you add them to your pot or pan, eliminating the need for a separate kitchen scale, with all readouts and controls available right on the stove’s operating panel. According to the outfit, the addition of the scale also allows a “reduce by weight” function, which allows you to bring an entirely new consistency to sauces and similar food items. 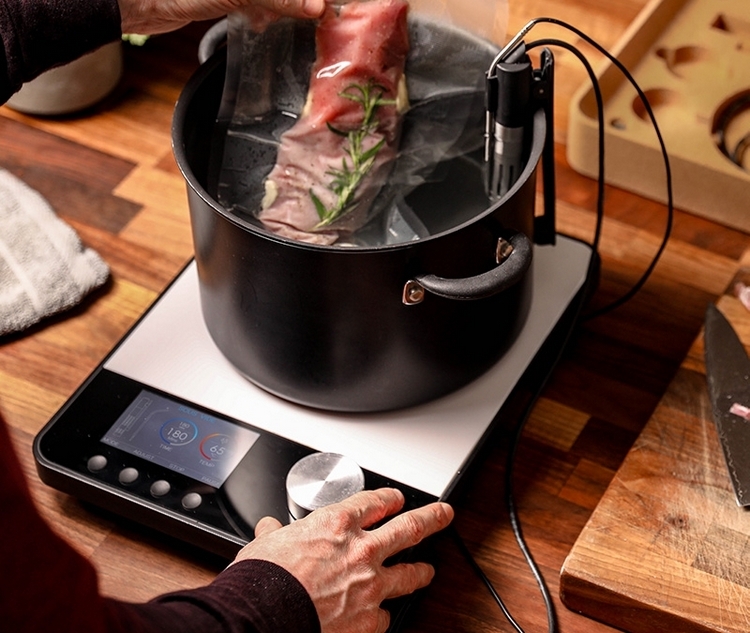 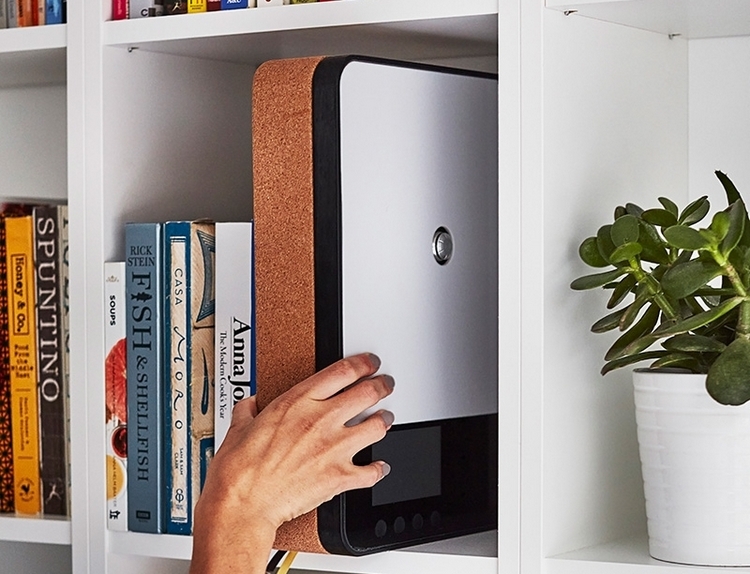 The induction stove and all included accessories are meant to store in a single corkboard box, which uses magnets to keep the components in place at all times. That means, neither the stove nor any of its accessories need to make permanent room in your countertop, allowing you to stash this in drawers, shelves, and anywhere else with extra space in the kitchen.

A Kickstarter campaign is currently running for the Njori Tempo. You can reserve a unit for pledges starting at £319.