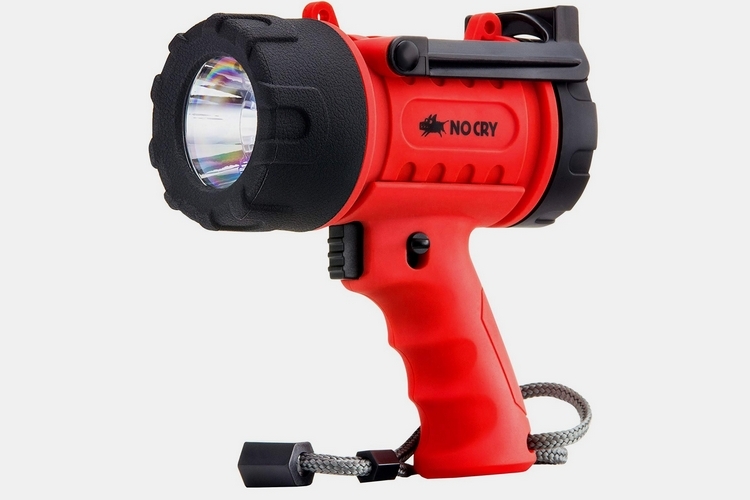 If you’re going to carry a flashlight, it might as well be one that looks like it could pass off as a directed-energy weapon from the colorful armory of our sci-fi future.  That’s exactly what you get with the NoCry Rechargeable Flashlight, a powerful and focused handheld spotlight that looks like a plasma weapon straight out of 2099.

A pistol-grip flashlight with a chunky body, you hold it as if you’re firing a one-handed weapon, so you can feel like you’re shooting a microwave gun to disable the electronics on an oncoming mech. Whether you’re making your way around the house during an outage, searching for lost items in the trail, or fixing the pipes in an unlit part of the basement, this thing’s 3-inch diameter body will let you light way while feeling like you’re a character from a sci-fi video game. 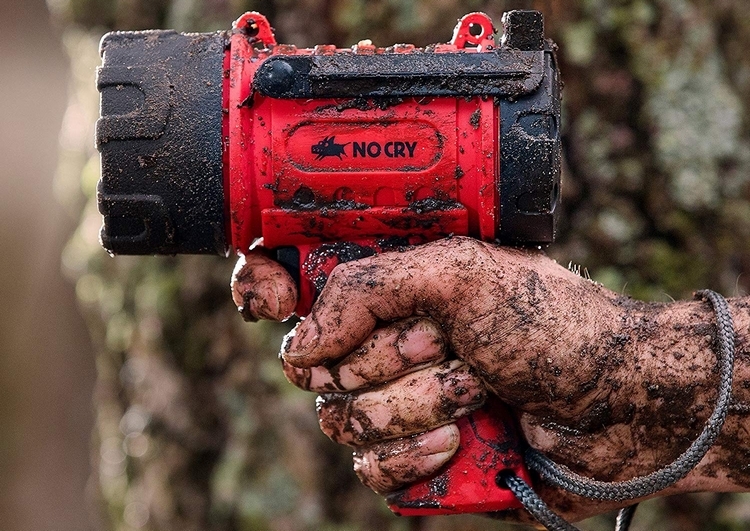 The NoCry Rechargeable Flashlight is a handheld rig that throws a focused spotlight at any space you want to illuminate, with an 18-watt LED that puts out a maximum of 1,000 lumens on high, 500 lumens on medium, and 100 lumens on low. At the high setting, the darn thing can throw its light at a maximum of 300 yards, allowing you to illuminate erstwhile dark areas from a distance, while the low setting is enough to throw the light towards distances of up to 90 yards. It’s powered using a rechargeable battery that can keep it running for six hours on high, 12 hours on medium, and a whopping 20 hours on low.

An angled handle with built-in finger grooves allow you to grip it in a secure and comfortable manner, while a trigger button on top lets you switch through the settings with your index finger. Want to set it down on a table instead of carry it like a Nerf blaster? Not a problem, as it has an integrated fold-out stand at the top that you can use to set it up at a table either facing upwards (at a 22-degree to 61-degree angle) or facing downwards (from -1 to -54 degrees). 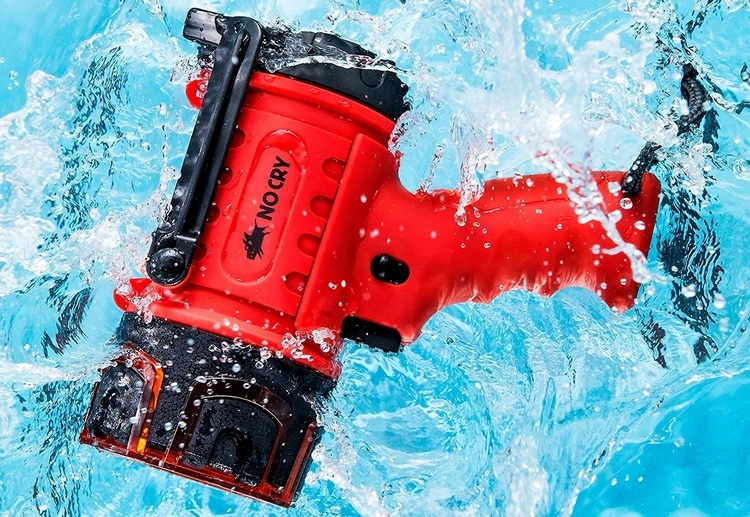 While the NoCry Rechargeable Flashlight looks like a beefy futuristic weapon, it’s actually light at just 15.1 ounces, making it easy to both carry in hand and stash in your bag. The beefy shell does have a purpose, though, as it leaves the flashlight impact resistant and fully waterproof at depths of up to three feet, making it ideal for use in the outdoors. Heck, the darn thing will even float if you drop it in the water, so no worries about having to dive in to retrieve it when you lose it in the river or the lake. 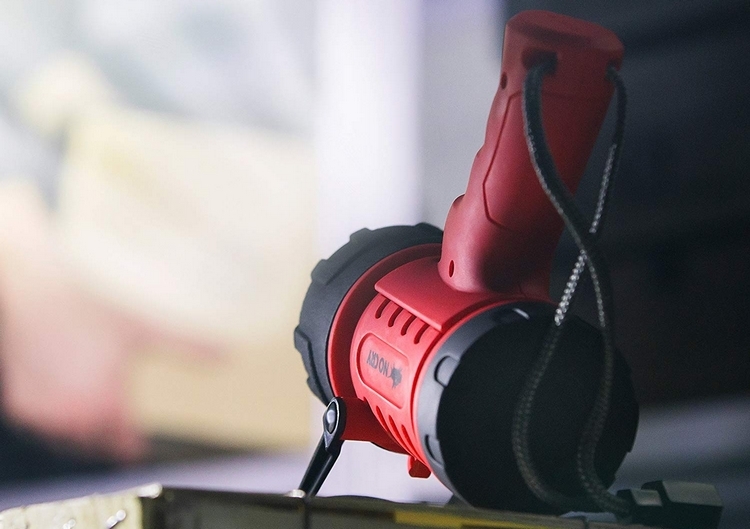 A cap in the rear covers the charger outlet to keep water and dust from getting through, while a detachable cap that snaps to the front turns the light into a red shade, in case you need to flash an emergency signal. For easy storage, it includes a hanging cord that’s attached via a small hole at the end of the handle.