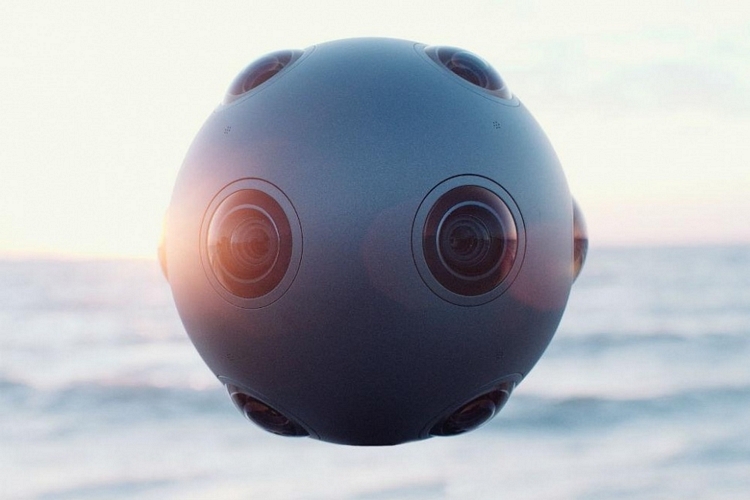 The virtual reality space will be a hotly-contested industry in the next few years. As such, it’s not surprising to see established companies, from Samsung to GoPro, looking to stake a claim in the exciting niche. Turns out, even Nokia is making its own play. Rather than a headset as many expected, though, the Finnish company introduced Ozo, a next-generation camera for filming virtual reality content.

Sporting a spherical shape with sensors around its shell, it looks like a futuristic orb that flies around in science fiction movies, doing a whole host of nefarious things. Instead of those activities, though, it’s meant to be function as high-end VR filming gear, aimed at “professional content creators.”

The Nokia Ozo captures stereoscopic 3D video using eight synchronized cameras and spatial audio using eight microphones, all of them strategically located around the shell. It’s designed to affix to standard tripods, so you can use it with existing accessories without any problem. During recording, footage can be viewed on a headset in real time, allowing users to monitor captures as they happen. Instead of having to wait hours to stitch the video to see the entirety of a recording, it also comes with software that can render a low-res version in minutes, allowing folks to quickly enjoy playback of the recorded feed. All content filmed using the camera can be published on any of the VR headsets expected to see commercial availability in the near future.

No pricing has been announced, but the Nokia Ozo is expected to retail in the mid-five figures.