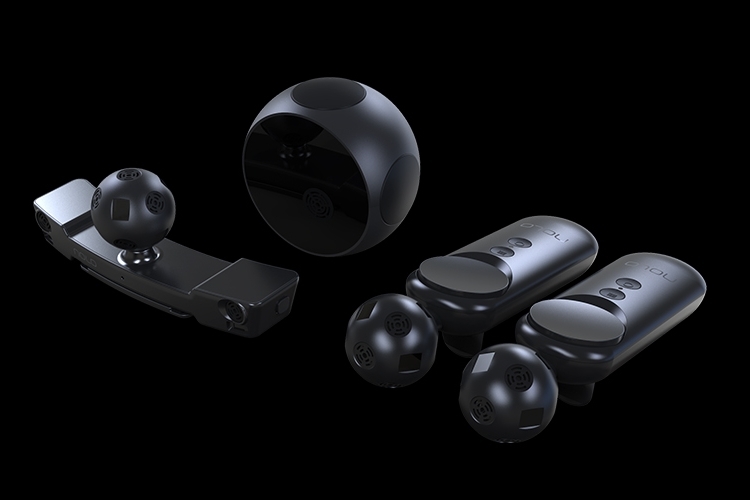 Yes, you can do VR on a smartphone. Unless, of course, you want elaborate VR content with integrated motion control and room-scale tracking, in which case, you best pick up an HTC Vive instead. If you’d rather not put up the money to invest in such a system, you might want to wait for the NOLO instead.

Designed to inject a whole lot more power into any existing smartphone-based VR product, the system adds room-scale tracking with six degrees of freedom, along with a pair of controllers. That’s right, you’re no longer restricted to watching dizzying videos when using Google Cardboard, allowing you to enjoy smartphone-based VR in an entirely new way.

NOLO consists of a base station, a marker that attaches to your headset, and two handheld controllers, all of which wirelessly communicate with your smartphone, enabling it to work with any existing mobile VR gear. Since the lack of a similar system means mobile-based VR games aren’t quite around, the system is compatible with Steam VR, allowing you to enjoy erstwhile PC games in a more portable package.

Do note, the system requires a running PC in order to play Steam games, so you’ll still have to be in the vicinity of a computer whenever you play with this. Starting at just $89, however, it’s a far more affordable solution to enjoying high-quality VR than any existing option in the market.

You can sign up at the NOLO website to be notified of the launch. For those who want to try it, the system is currently on the floor at CES in Vegas.