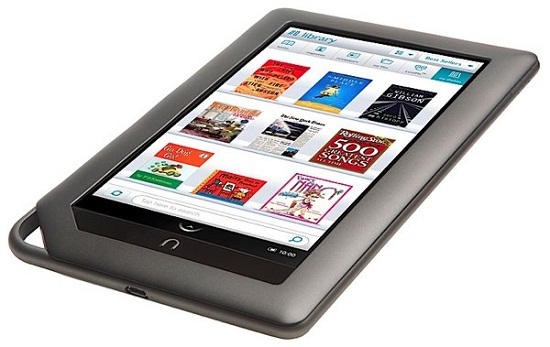 You love the Nook Color.  But you think you’ll love it more with Gingerbread running, instead of the slightly-crippled Android OS it comes with.  If you’re not a fan of rooting the device and replacing the Nook OS entirely, someone came up with a compromise: Nook2Android, a microSD card  that lets you dual-boot into either Nook’s default OS or a full Android 2.3 Gingerbread build.

Made by the folks over at XDA Developers forum, it’s a literal plug and play solution that really extends the Nook Color’s functionality.  Just slip the card into the e-reader’s microSD slot, turn it on and follow instructions on the screen, which prompts you to choose which source to boot from (either Nook OS from emmc or Android 2.3 from SD).

The Nook2Android cards will work with all versions of the Nook Color, so whether you bought one last year or last week, it should run fine.  The Android build comes with multiple apps pre-installed, including Hulu and Android Market, so it’s a really sweet solution right out of the box.  Even better, it automatically overclocks the built-in 800 MHz processor to 925 MHz, so you get slightly better performance without affecting chip integrity.

Using the card doesn’t touch any part of the device’s ROM, so it won’t void B&N’s warranty (unlike rooting, which will).  If you have plenty of spare microSD cards at home, you can also just download the software and install it yourself via a computer (instructions available from the product website).