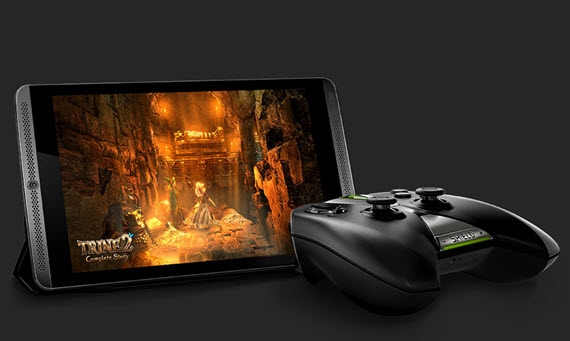 The newest Nvidia Shield reboots the original from 2013 by becoming a full-featured Android tablet.  We know, there’s nothing exciting about tablets in 2014.  But this isn’t just a tablet.  Somehow, Nvidia managed to build a device with a tablet form factor into a hardcore portable gaming machine.

At its heart, the Shield is like a regular Android tablet that you can use to run mobile apps and do normal things.  It runs a stock version of Android 4.4 KitKat, an 8-inch iPS display, dual cameras, speakers, and the usual set of connectivity options.  Unlike any tablet in the market right now, however, it runs the Nvidia Tegra K1, the company’s newest chip that vows to bridge the mighty gap between mobile and PC gaming. 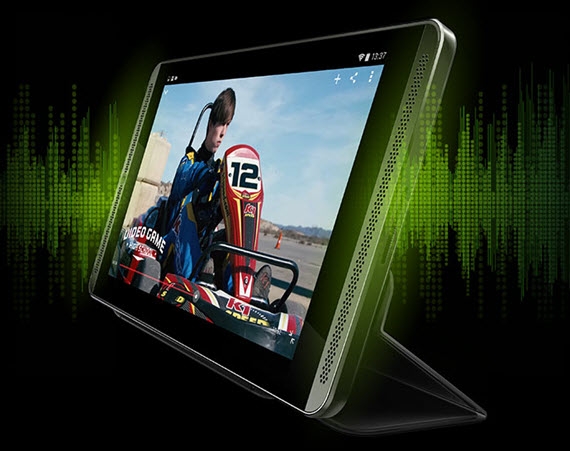 Designed for the gamer crowd, the Nvidia Shield comes with its own controller.  And it isn’t one of those tiny mobile controllers accessory makers are peddling.  Instead, it’s a full-sized rig that lets you play on the tablet the way you would on a console at home.  Beyond the current roster of mobile games on the Play Store, the tablet will launch along with titles ported over from the PC, all of them optimized to run on the Tegra K1.  We’re talking about games like Portal, War Thunder, and Half Life 2, among others.  Sixteen K1-optimized games will be available at launch, with more to come if this thing takes off like Nvidia is expecting.

Since it will play full-fledged PC games, the Shield comes with a console mode that lets you hook it up to a TV like an Xbox One or PS4, with support for resolutions of up to 4K.  Do note, the touchscreen won’t work in console mode (the thing literally becomes a home console), so you’ll have to use the controller for everything (even media playback).