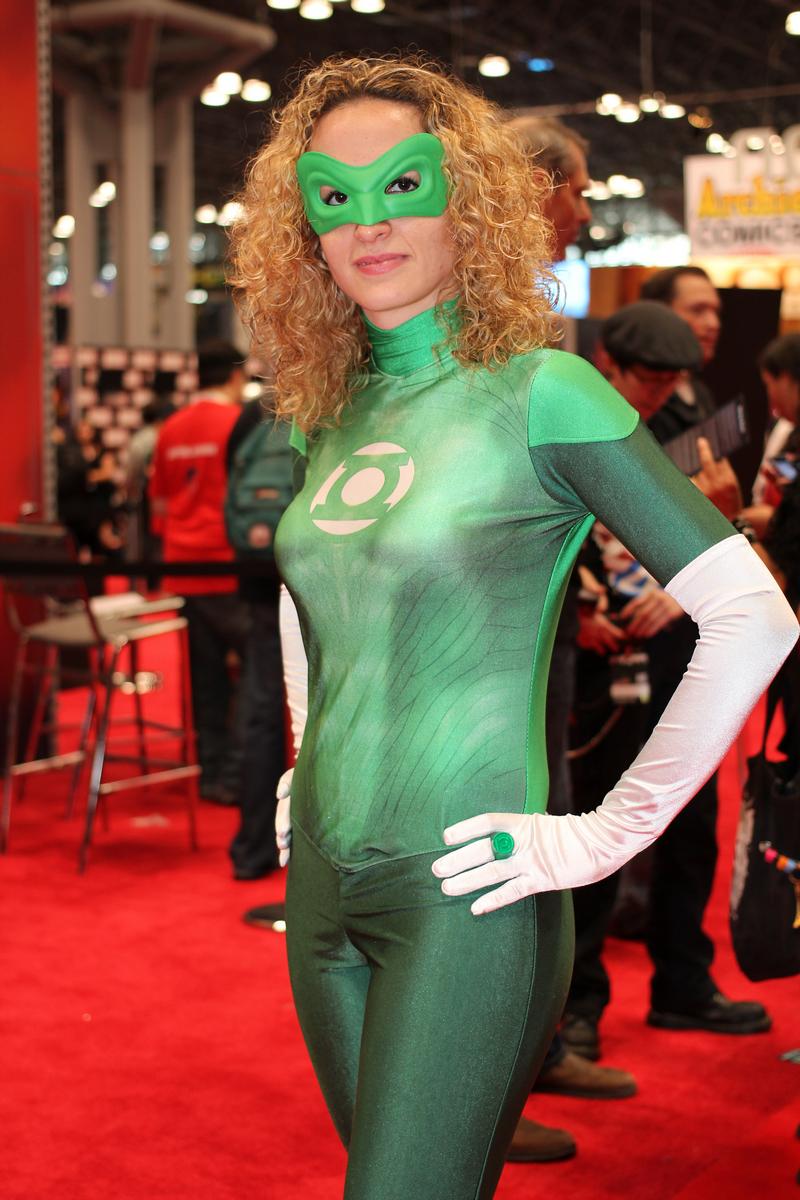 Check out our 2012 Cosplay Gallery here.

In many ways, Comic Con has evolved into a pop culture showcase, rather than a comic book festival.  For longtime goers, though, it’s still about the graphic stories and here are some of the comic-focused panels we’re looking forward to at this year’s New York Comic Con event.

This is the kitchen sink panel for all things DC, with top talents from DC Comics, Vertigo, and DC Digital all represented.  Amanda Conner, Derek Fridolfs, Dustin Nguyen, Kyle Higgins, Lee Bermejo, and Scott Snyder are all on hand to discuss anything that’s going on in the DC universe.

Batman: Zero Year, DC’s year-long crossover storyline, takes centerstage in this panel, with writer Scott Snyder and artist Greg Capullo leading the discussion, along with Ann Nocenti, James Tynion IV, John Layman and Peter Tomasi.  The group will discuss the creative process behind Zero Year, along with how the storyline crosses over into the various comic books in the DC universe.

This is the can’t-miss panel for X-Men fans, with an assembly of creators and editors working on current X-Men titles on hand to discuss what’s going on in the mutant universe.  On tap are presentations about the brand new Amazing X-Men, as well as breaking news about the X-Men in All-New Marvel NOW.  Panel guests include Nick Lowe, Peter David, Gerry Duggan, Dennis Hopeless, Marjorie Liu and Brian Wood.

Want the full details on what’s coming up with DC’s roster of rebooted comic books?  Hear it all here straight from the mouths of some of the publisher’s most talented creators, including Brian Azzarello, Brian Buccellato, James Tynion IV, Jimmy Palmiotti , Justin Gray, Nicola Scott, and Paul Levitz.

Love horror comics?  Then you can’t skip the Dark Horse panel at NYCC 2013.  Whether you want to know more about their classic horror anthologies or their brand new terrifying graphic novels, this is the place to get your fill.  On hand at the panel are editor-in-chief Scott Allie, writer Alex de Campi, Tim Seeley, Dan Braun and more.

6. Image Comics: Behind the Creations

Fans of the Image Comics’ innovative roster get their chance to find out about what the ever-growing publisher is up to.  Taking seats in the panel are Image Comics stalwarts Tim Seeley, Kieron Gillen, Joe Keatinge, Ales Kot, and Glen Brunswick.

Geez, has it really  been a decade-long run for the post-apocalyptic fan favorite?  Fans of the comic get to chat with its creators, Charlie Adlard and Robert Kirkman, who celebrate The Walking Dead’s 10th year anniversary in a Q&A panel with its legion of fans.

9. Whedonversity: A Look at the Future of Buffy and Serenity in Comics

This one is for the diehards who continue to keep the flames of pop culture icons Buffy and Firefly alive in comic books.   Yep, you can learn about the crew of Serenity’s run in graphic  form, along with the 10th season of Buffy, from this special panel.  On hand to answer questions are Dark Horse editor in chief Scott Allie, artist Rebekah Isaacs, Buffy artist Georges Jeanty, and more.

This panel is for fans of Valiant Comics’ exciting roster, whether you’re into X-O Manowar, Unity, Sect Civil, or any of the publishers’ numerous popular titles.  Get an exclusive round of news and announcements from Dinesh Shamdasani, Fred Van Lente, Greg Pak, Hunter Gorinson, Matt Kindt, and Robert Venditti.

We only meant to recommend ten, but we’ll add this in for those late to the comic book party yet are looking to raise their uber-geek fanboy cred.   Finally, you can pretend to be a lifelong DC fan!  How?  By absorbing the DC Comics 101: Essentials presentation, where new fans get an in-depth tutorial of the most important stories in DC Comics’ long and rich history.