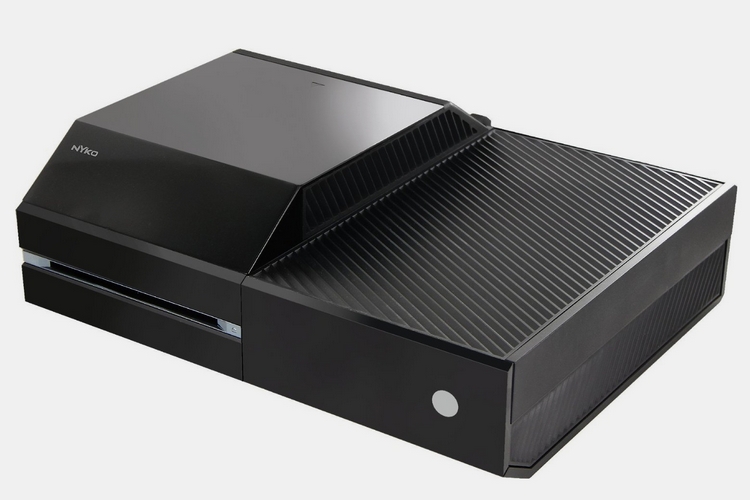 Looking for a way to augment your Xbox One’s storage while spending the least amount of money? Hook up a hard drive to the back of the console using a USB cable. If you’re looking for something that won’t make your Xbox look like a mess of a garage project, the Nyko Xbox One Data Bank has you covered.

An affordable but elegant way of upgrading the Xbox One’s storage capacity, the device is designed to integrate seamlessly with the console, looking like a natural part of the enclosure, rather than a third-party addition. That way, your Xbox One won’t turn into an eyesore while it sits on your media cabinet, all while you get the full benefits of additional storage.

To help save you money, the Nyko Xbox One Data Bank is designed to take 3.5-inch hard drives, which should be considerably more inexpensive than the smaller 2.5-inch units. More importantly, you can simply swap a new drive in whenever you tap one out, allowing you to hoard as much game, data, and media, while giving you a way to access them all (albeit, having to do some physical drive-swapping in between games). A front-facing LED indicator lets you know when the hard drive is being accessed, so make sure you don’t do any swaps while that’s happening (unless you want to crash the drive and possibly lose your data). Like external drives, it connects to the console via USB cable, with a separate wall outlet plug allowing you to power the device’s operation.

Available now, the Nyko Xbox One Data Bank is priced at $39.