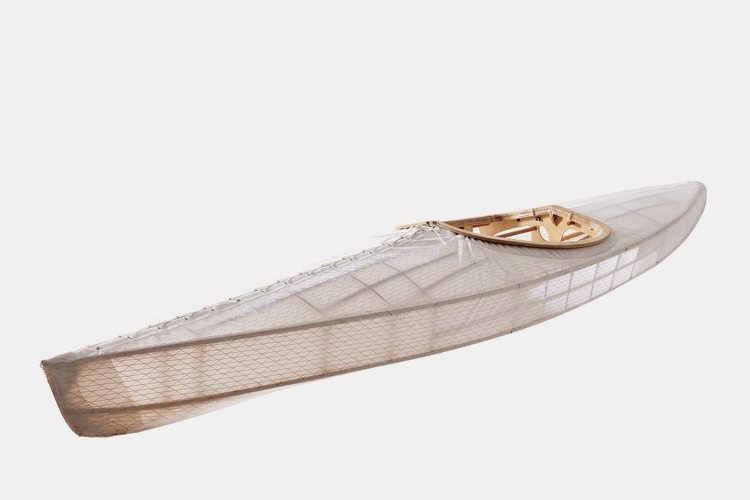 Granted, building the O Six Hundred Kayak won’t be as convenient as something like the Oru. You have to admit, though, this thing looks a heck of lot better than typical folding and modular kayak solutions.

Designed by Andrew Simpson of The Balmain Boat Company (those guys behind that awesome sailboat kit), it’s based on the very first kayaks, which featured animal skins stretched over wooden frames. Of course, they updated it for the modern times, so it should perform a lot more efficiently than the ancient kayaks of the Bronze Age. 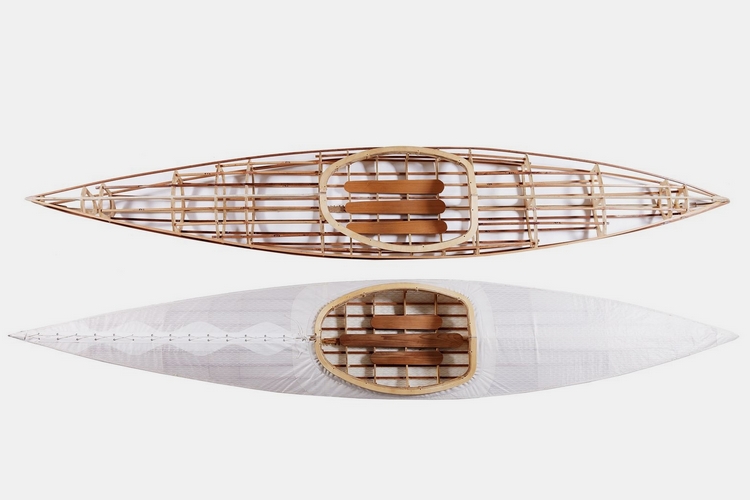 Shipped as a flat-packed kit, the O Six Hundred Kayak’s frame consists of 30 pieces of CNC-cut, marine-grade plywood that easily snaps together like a construction toy. No tools are needed for assembly, requiring you to simply slot each rib into the spine to build the boat’s skeleton frame. Instead of animal hide, it comes with a translucent carbon fabric sleeve that wears over the lightweight frame, allowing it to slide through the water with ease. Tipping the scales at just over 20 pounds, it’s light enough to carry all by yourself, so you can lift it out the water, carry it across the beach, and throw it in the truck bed with no problem. 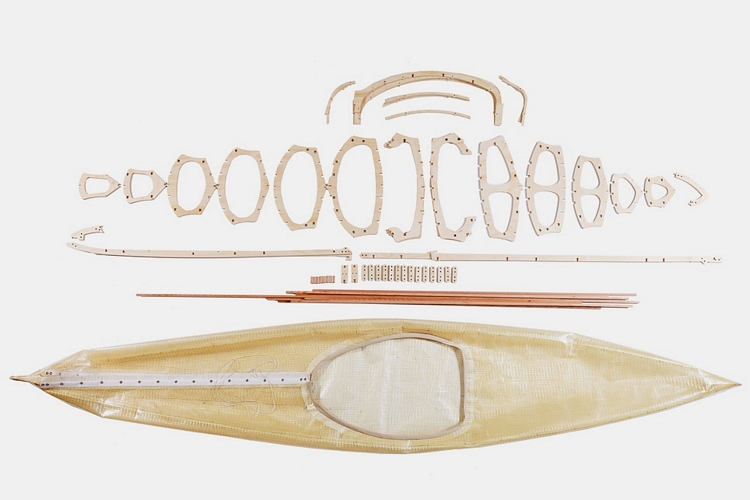 Since it snaps together with no adhesives, it should be possible to easily disassemble the parts. So if you don’t mind spending some time in the beach putting it back together, you should be able to conveniently haul it down there in nothing but a bag.