Oasis Of The Seas Now Heading To Florida, Will Gladly Ship Your Entire Small Town 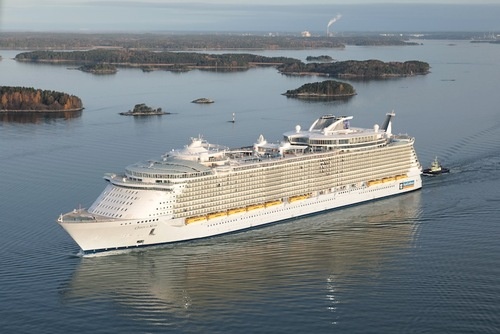 The next time you decide to send your entire small town to another part of the world, transportation arrangements just got a little simpler.  You can now fit the entire population into a single boat.  Called the Oasis of the Seas, it’s the largest cruise line of all time and it can can take all 6,000 of your citizens over the roughest oceans.

What kind of ship can fit in that many people?  One that measures 1,200 feet long, towers 16 decks high and weighs 220,000 tons, that’s what.  It’s a luxury cruiser so amenities are aplenty.  Heck, it’s probably an entire small town in there. 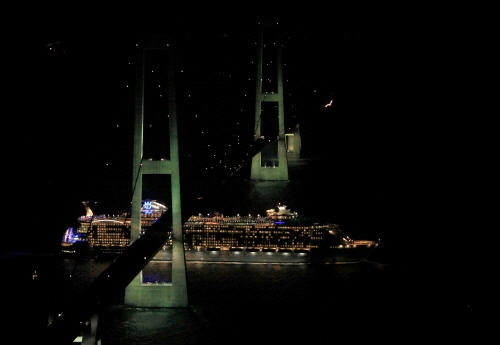 The Oasis of the Seas just sailed off the Finnish shipyard from where it was built and is, as of this writing, eight days out of its Florida destination.  It will, no doubt, become an attraction at the Miami port it will be docked in, as it prepares to begin offering cruises come December.

Created by Royal Carribean, the gargantuan boat has seven themed areas arranged as “neighborhoods,”  namely a central park (the world’s first park at the sea), a boardwalk, the Royal Promenade, a sports zone, a spa and fitness center, an entertainment facility and a youth center.  Like we said, it’s a veritable small town (if your small town had 2,700 staterooms, an open air atrium and an aquatic amphitheater). 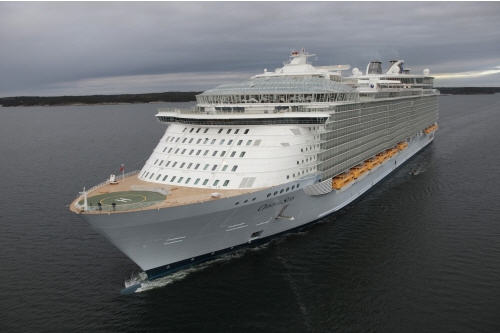 According to the official site, it’s 50% bigger than the Queen Mary II, which currently sits as the frontrunner in the “Titanic 2/Icarus” competition.   One word, of course, comes to mind when you see a ship this big: iceberg.  Also two words: Bermuda Triangle.  Actually, an entire headline surfaces in my head: Somali pirates ask for a big ass ransom!  You’ve been warned.

[Oasis of the Seas via The Awl]