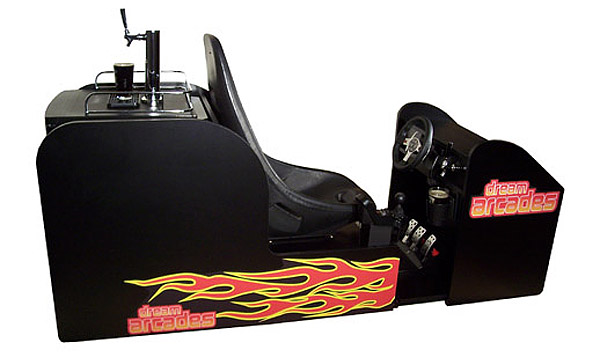 Drinking and driving is never a good idea. Unless you’re driving cars on Forza Motorsport right in the comfort of your living room. Race laps on a virtual Enzo Ferrari while drinking like a sailor on the Octane 120 Beer Arcade, a sit-down arcade racing cockpit with cold beer handily on tap.

Creator Dream Arcades call it “the ultimate in home arcade gaming.” While that’s a hard claim to live up to, combining two perennial male pastimes – video games and beer – sounds like a guaranteed recipe for success. Especially when you get a setup this sweet to go with it. 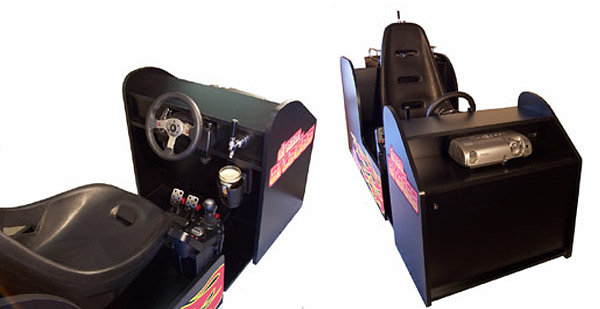 The Octane 120 uses a rather pedestrian chassis housing the cabin. While I’m not in awe of the body, it does load up on the cabin essentials – leather-wrapped steering wheel and gear stick, racing-style bucket seats, a full set of metal pedals and a beer tap right with an accompanying glass holder on the dashboard. Yep, you don’t even have to get up to down a cold one – just squeeze one out while getting your tires changed and get back into the race fully-fueled. The beer, by the way, comes from two 5-gallon kegs in the cabinet behind the driver seat. A tap is also available on top of the box, so that friends cheering you on can drink all of your beer while they’re at it.

As for the gaming system, you get a choice of loading it up with either a gaming PC, a PS3 or an Xbox 360. There are no monitors, but they throw in a 2000-lumen display projector with a 1024 x 768 resolution. Other features include dual-motor force feedback, a 5.1-channel audio system and a 120-inch portable screen.

Priced at $6,995, the Octane 120 Beer Arcade is far from cheap. Since you can’t exactly buy a car with a beer tap on the dashboard, I guess the pleasure of enjoying a simulated one should more than pay for it.