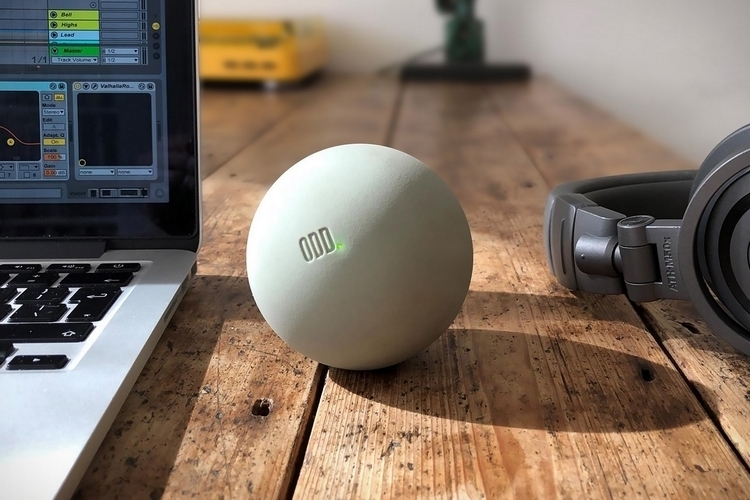 Between analog machines, digital controllers, and musical apps, there’s no shortage of drum machines available in the market. And while plenty of them have been simplified enough to make it easy for even novices to play, fact remains that plenty of people just find it difficult to get into the groove of making beats. The Oddball wants to simplify digital percussion work even further.

Billed as an easier and more intuitive way to make beats, it’s a ball that makes percussion sounds every time it’s bounced on a surface. If you’ve ever found yourself tapping a table with one hand in tune with the rhythm while music plays, then you probably understand the idea, as this sort of mimics the gesture, albeit with a ball in play. 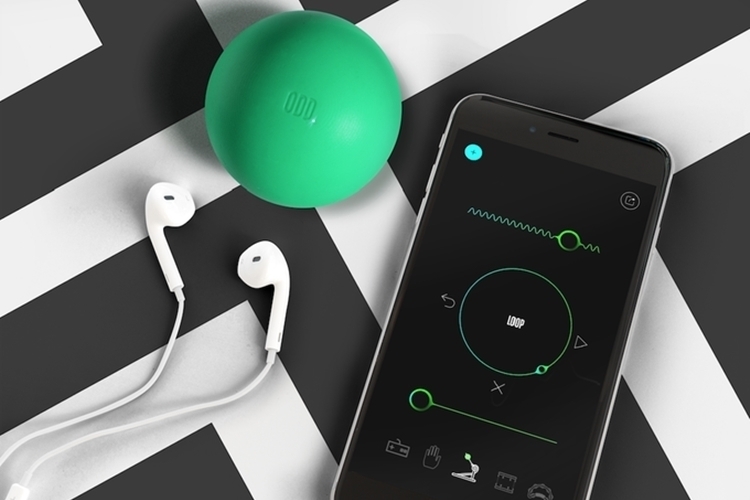 Measuring around the size of a tennis ball, the Oddball can be bounced on the ground, thrown against the wall, or even tapped lightly on a desk to make sound. No, there’s no percussions on the ball itself, but it does have integrated sensors that communicate with the app over Bluetooth, which then creates the accompanying percussion sounds based on the mechanics with which the ball is moving. According to the outfit, the ball is sensitive to both pressure and velocity, so bouncing it hard makes a more intense sound while a lighter tap produces something more delicate.

The companion app offers a “large sound library,” with traditional percussions, electronic drums, melodic instruments, and other types of sounds, so you can make the ball produce a whole load of different sounds. And, yes, you can add your own sounds to the library, as well as infuse them with any of the built-in sound effects. Since having just a single instrument playing can get boring, the app lets you loop any sequence you make, so you can layer different sounds as soon as you get the hang of using the ball. Alternatively, you can also bounce multiple balls at the same time, with each one communicating with the same app, producing complex music in real-time. 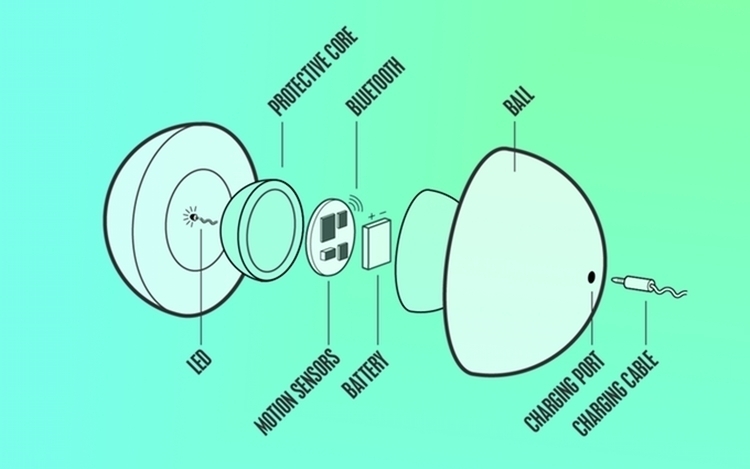 Since the Oddball will come in contact with different surfaces, it’s built with a durable shell that allows it to absorb impact without taking damage. It’s also water-resistant, so you don’t have to worry about having it roll off into a puddle of water, all while allowing you to keep playing even in the middle of the rain. 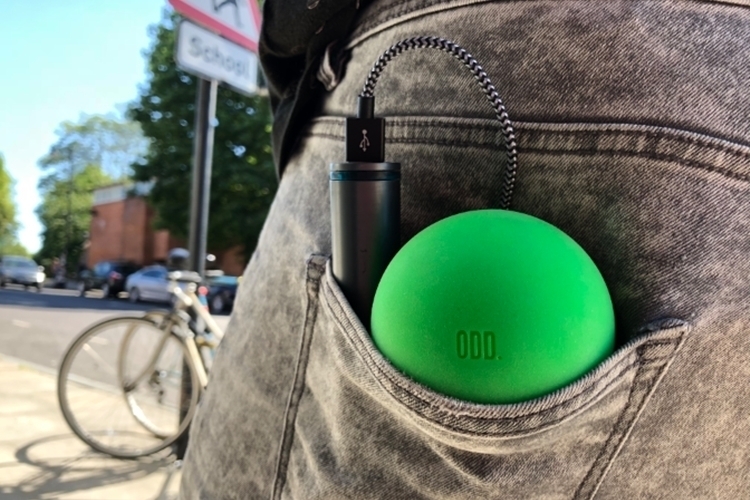 Dimensions are a just hair less than three inches in diameter, so it’s small enough to drop in a lot of pockets, whether on a backpack, a jacket, or a pair of tennis shorts. It has an onboard battery rated at up to six hours of operation between charges, so you can get a lot of playing done before having to plug it back in. And yes, it can be used as a generic Bluetooth MIDI controller, which means you can use it as input when you make music on your laptop, whether you produce your beats in Ableton, Pro Tools, or any other DAW software.

A Kickstarter campaign is currently running for the Oddball. You can reserve a unit for pledges starting at £49.