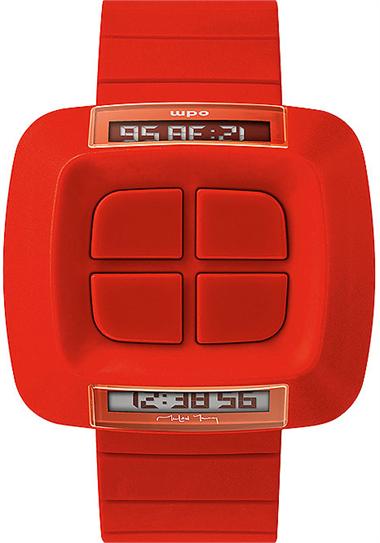 When I first laid eyes on the ODM Reverse Double Digital (RDD), I thought it was a wacky but fun reimagining of the digital timepiece. Upon closer inspection, though, it turns out the radical layout change leaves it even more functional then conventional watches too.

Essentially reversing the familiar watch layout, it removes the LCD from the face and replaces it with four large buttons. How about the time? You can catch it on the dual single-row displays at the top and bottom sides of the case, where the mode and programming buttons traditionally go. 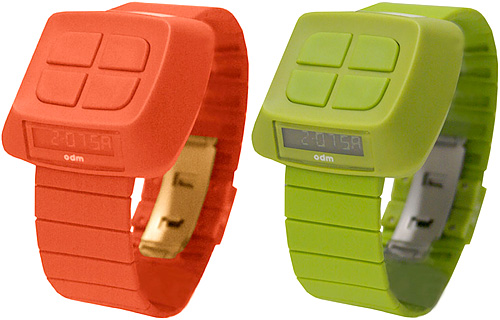 How does it help functionality? Because one of the tilted displays will always be facing you (regardless if you wear it on the left or right wrist), you don’t have to turn your arm to look at the time, making it visible with just one glance (a feature they claim renders it especially usable while driving). The large buttons make accessing watch functions considerably easier, as well, especially compared to the tiny nubs you usually find in digital timepieces. 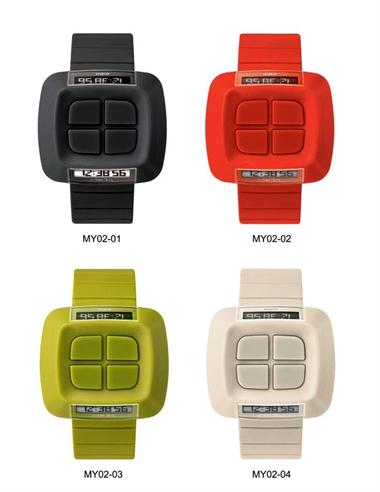 The ODM RDD features a waterproof case made from matte plastic, with a strap built out of matte polyurethane. Both displays can show either the time or date, with integrated LED backlighting for nighttime use. Fashioned by Michael Young, it features the Hong Kong-based designer’s signature engraved on the back, along with a serial number (it’s a limited edition).