Eliminate Stinky Bathrooms For Good With The Odorless Toilet Fan 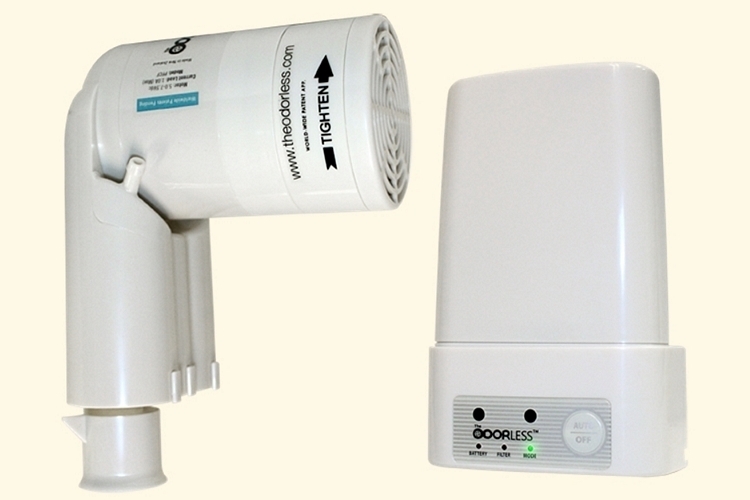 There are few things worse than walking into the toilet and catching a whiff of the horrible scents left over by the last person who used it. It’s bad enough smelling our own nasty odors, but smelling another person’s just seems to take it a whole other level. While an air-freshener can certainly do some help on that end, we figure something like the Odorless Toilet Fan will work a whole lot better.

Designed to suck up all the revolting scents you unleash every time you perform a number two on the toilet, the device forces the odious air through an activated carbon filter, which cleans it up before returning the air into circulation. The best part? It integrates quite cleanly into existing toilets via the flushing unit, ensuring there are no gadgets added anywhere in the actual bowl, which can prove inconvenient. 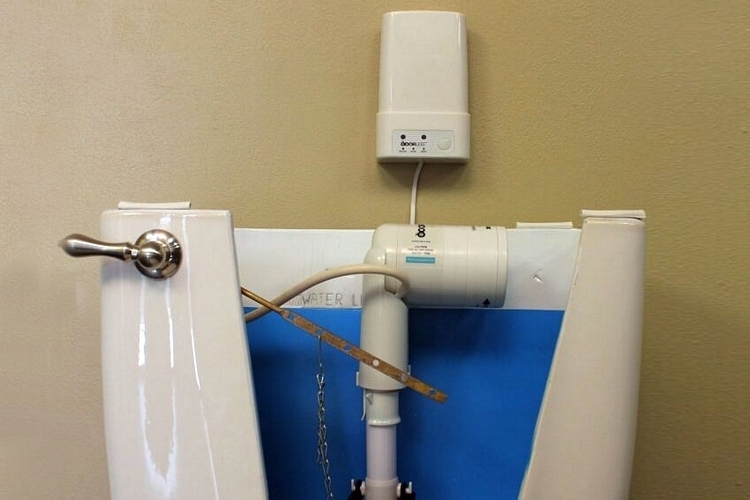 The Odorless Toilet Fan installs on top of the flush unit’s overflow pipe, so that it may use the same holes where water flows to suck air out of the bowl. That device is hooked up to a wall-mounted control hub (it comes with adhesive backing, so no need to drill into the tiles), which powers the fan using an integrated rechargeable battery. When switched on, the fan will begin running, which will suck in air from the toilet up to the pipes, which it expels back into the room through the activated carbon filter. According to the outfit, the filter will trap all the ammonia, hydrogen sulfide, methanethiol, and whatever other vile gaseous odors came out of your tushy, ensuring the expelled air won’t stink up the room like it normally does.

Since it appears to use a standard HEPA filter, it should also trap all bacteria, fungi, and whatever other pollutants linger inside the bowl, so this can clean up the toilet well beyond preventing it from smelling like a trash heap. And, yes, they sell refills for the filter, so you can stock up to make sure you never spend a day smelling your own crap again. 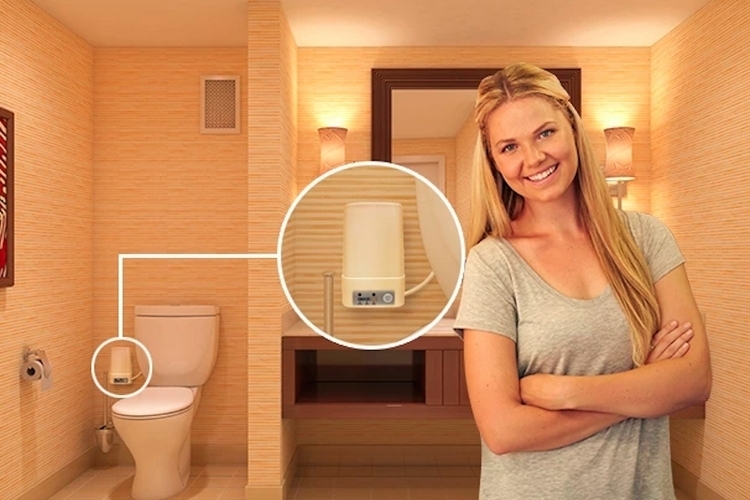 Do note, you will need to install the Odorless Toilet Fan’s control hub very close to the toilet bowl, as it uses a proximity sensor to determine when a person is seated in the bowl. When it detects that, the fan is automatically activated to carry out the device’s air-freshening endeavors. It also turns off automatically when it detects the user has finished with their business.

A single charge of the included battery is enough to power the device for around a week use in most residential homes, although toilets in commercial establishments might require more frequent charging cycles. Oh yeah, there are no options for electrically-wired units for now, so you’re stuck with swapping batteries to keep the odor-busting running at full power.

While the Odorless Toilet Fan is only compatible for toilets with water tanks, the outfit claims they have a modified version for tank-less toilets coming soon, so those unable to use the current version need not despair. You can buy the current one right now from Amazon.