Okhotsk Blue Draft Is Beer Made From Melted Icebergs 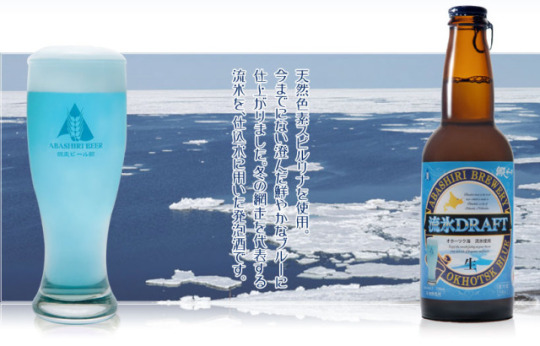 One of the benefits of global warming and the ice caps melting is that the Japanese get to enjoy really good beer. Why let all that icy water go to waste, after all?

The Okhotsk Blue Draft is one of the most unique beers around, counting a couple of unusual ingredients into its mix. Chief among its odd sources is water from melted icebergs that float to the Hokkaido beaches from the Sea of Okhotsk, an area in the Pacific Ocean near both Japan and Russia.

The soothing blue color, of course, isn’t because of the sea water. I think you have to be in third grade to still believe that. Instead, Abashiri Brewery achieved the attractive hue by adding blue seaweed into the mix.

Will ice water from the sea really make beer better? I doubt it. Although, that sure makes drinking a bottle a heck of a lot cooler. I can just see myself downing this at the bar, regaling my friends about how the brewer has to wait out in the ocean to encounter a melting iceberg and scoop it as it falls down the surface of the water. None of which is true, by the way.