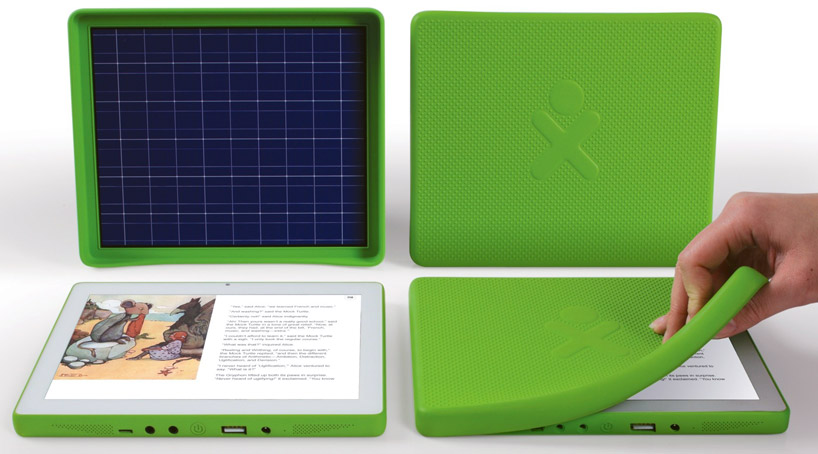 After a long time of being “in the works,” the One Laptop per Child (OLPC) XO 3.0 tablet finally gets its unveil at CES 2012.   And like the laptops that preceded it, it looks both pretty functional and stylish for a low-cost machine aimed at children in developing countries.

Unlike the original ultra-slim concept, this one edges a little towards the bulky side.  Fortunately though not as bulky as the Windows tablets of old and from what we can tell a lot lighter than them too.

The tablet comes with a cover for the screen, featuring a slab of solar panel on the underside.  Like the laptop, it comes with a unique charging circuitry that lets it draw juice from unconventional power sources like the included solar panel.  It can run both Android and Linux.

While the OLPC XO 3.0 is now on display at the floor on CES, it won’t be the final version, as they’re still deciding on what glass to use over the tablet’s touchscreen.   Although Gorilla Glass should be readily available, we’re guessing they’re looking for something cheaper that can provide similar toughness. Stay tunes for more pictures.