Onak Foldable Canoe Can Collapse Into A Guitar Case-Sized Container 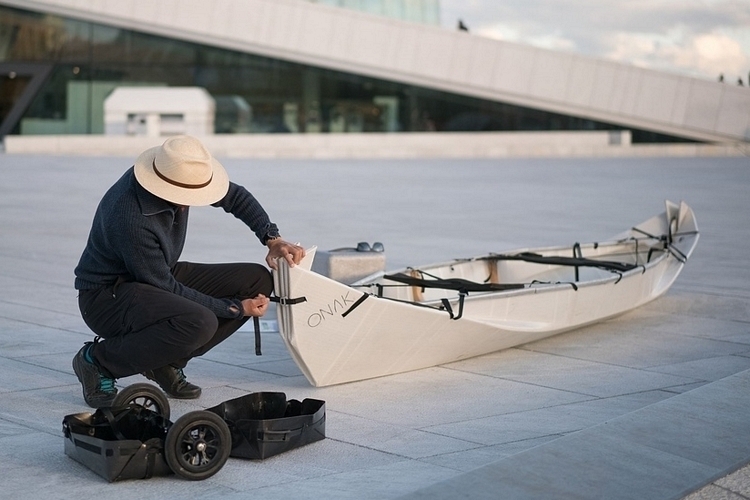 We’ve seen plenty of collapsible canoe and kayak designs, so the world isn’t exactly lacking in small boats you can pack up in a closet. The Onak, however, probably takes the cake when it comes to size and stability, folding up into a reasonably-portable rectangular case while showing some serious talents in the water.

Measuring just 48 x 16 x 10 inches, the carrying box is only slightly bigger than a guitar case, making it quite easy to bring anywhere, whether you’re flying on a plane, driving in a car, or riding the subway on the way to a friend’s house. It even comes with wheels, along with a handle on top, so you can drag it around like rolling luggage on the way to your destination. 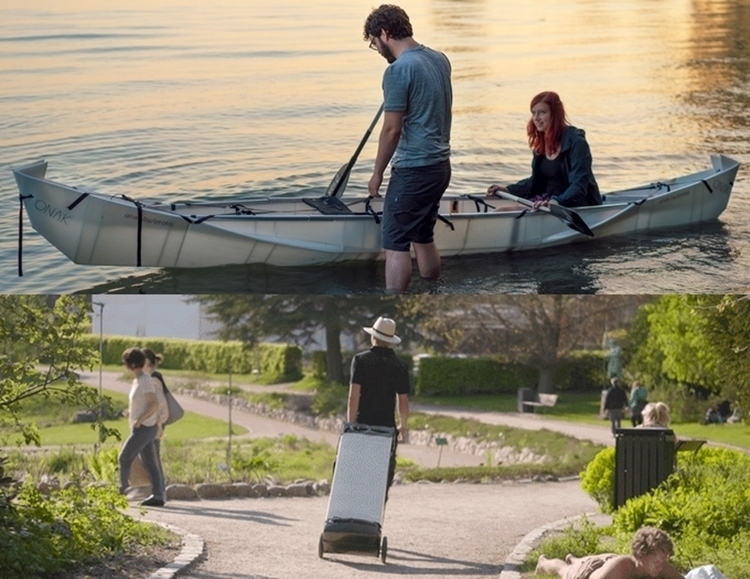 From its collapsed form, the Onak requires around 10 minutes to unfold and strap down into a functional canoe, so it’s not exactly a labor-free process. For your troubles, though, you get a 15.25-foot canoe cut in a proprietary polypropylene material that’s reinforced with honeycomb air cells for excellent stiffness and buoyancy. They’re not just exaggerating about the buoyant part, either, as they claim the boat will stay afloat even when filled up with water. 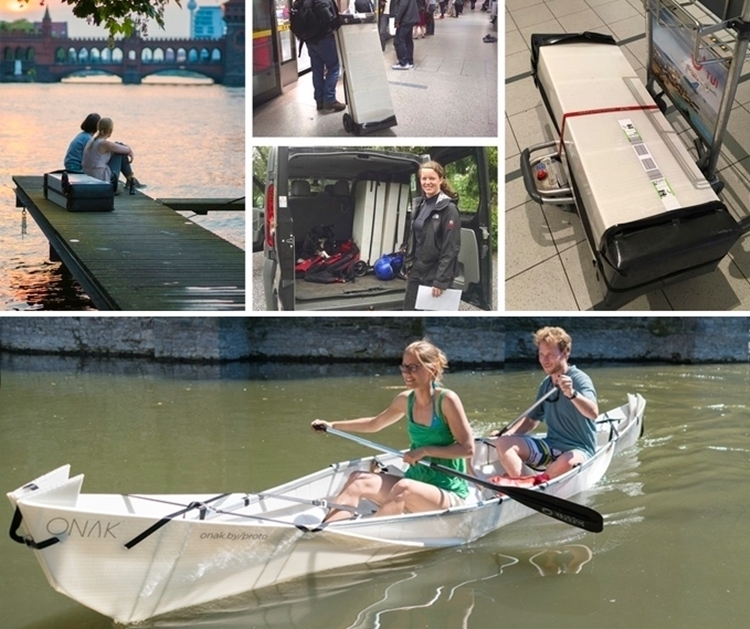 It’s designed to fit two people, along with their requisite gear stash, provided the total load is under 440 pounds. According to the outfit, they’ve tested it in open waters at winds of up to force 4 of the Beaufort scale, although they do caution it might be dangerous during less-than-friendly weather.

A Kickstarter campaign is currently running for Onak. Pledges to reserve a unit starts at €995.