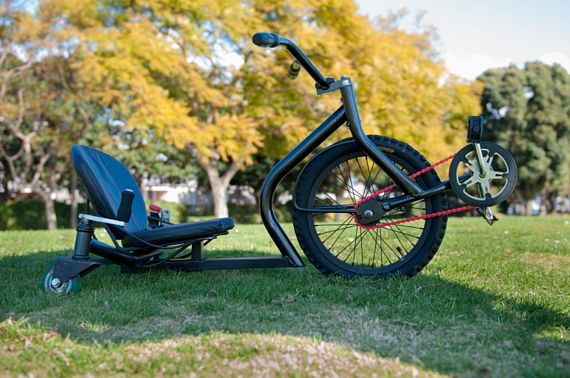 You know those tricycles designed for kids aged 3 or 4 years old?  Yeah, that’s, pretty much, what the ONDA Cycle is, except it’s for grown adults.

Well, that’s not exactly a fair comparison. Although it does look like a child’s trike, the unique contraption is actually an incredibly versatile stunt trike that should make it an entirely new experience of fun on wheels.  The team even goes so far as to claim it can be used to commute to work, although we doubt you’ll have such a fun time getting stepped on when you ride this on a sidewalk or getting run over for dead when you dare take it on a busy road. 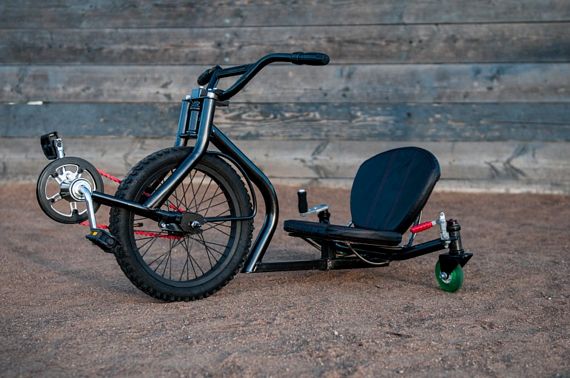 The ONDA Cycle is like a cross between a recumbent trike and skateboard, with bicycle-style handlebars, a semi-recumbent seating position, and caster-sized rear wheels.  Riding it like a regular trike, using the handlebars for steering, is only half the fun, though.  A second handle in the rear lets you control the back swivel wheels, allowing riders to perform spins and drifts.  For safety, there’s also an option to lock the large front wheel in a forward-facing position, so you don’t end up spinning out at high speeds.

Construction is powder-coated steel for the frame, anodized aluminum for the steering handle and rims, and leatherette for the seat.  It uses a coaster brake that’s activated by pedaling backwards, solving the problem of wires getting in the way of your tricks, as well as 3:1 gearing ratio and a freewheel hub for coasting.  It can hit top speeds of 21 mph (if you pedal really hard), with a rider weight limit of 180 pounds (you can exceed that and still ride the trike, although doing tricks may end up being problematic).

Currently, the ONDA Cycle is collecting pledges on Kickstarter.  You can reserve yourself a unit starting at $350.