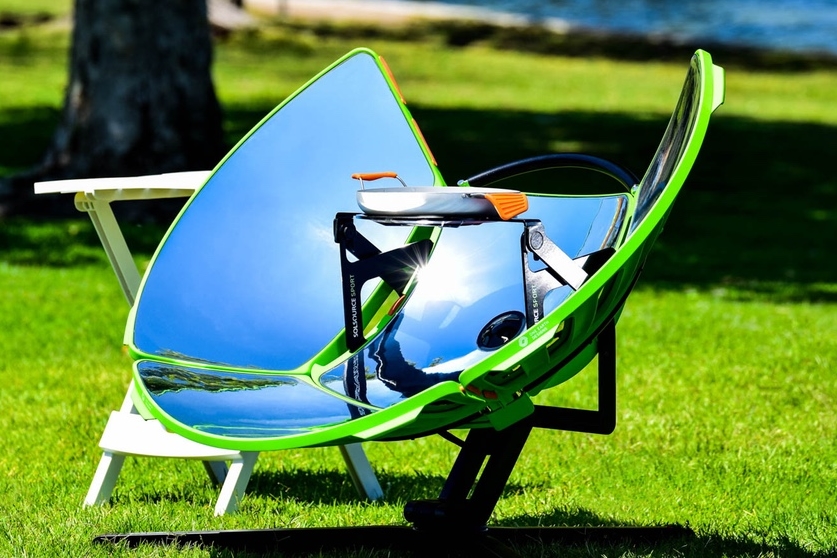 We’re big fans of solar-powered cookers, which utilize heat from the sun to grill, fry, and cook whatever food you’ve got in the cooler. The SolSource from One Earth Designs is one of the more impressive offerings in the space with its fast-heating capacity. Problem is, it’s also a lot bulkier, making it less of an option for those who pack light. The SolSource Sport offers a more portable version.

Granted, it’s still not as small as some of the more portable solar cookers around. With a design that allows it to collapse inside a two-foot duffel, it makes for a reasonable addition to any car camping ensemble. 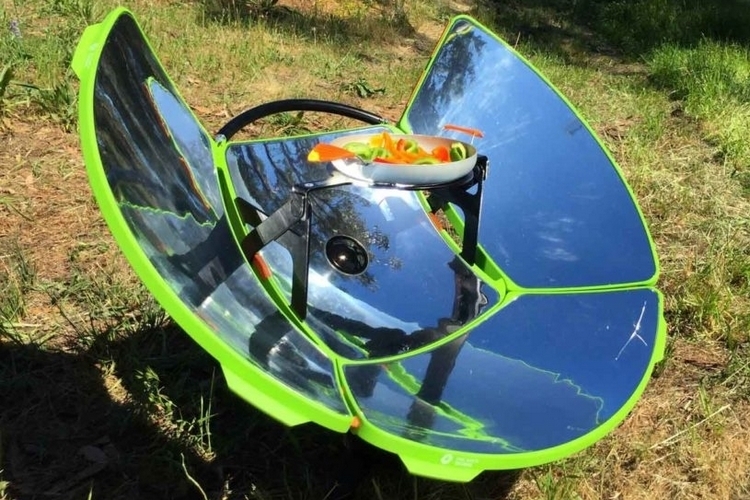 When assembled, the SolSource Sport looks like a satellite dish receiving signals from the outer fringes of the atmosphere, so there’s a good chance you’ll appear as if you’re communing with aliens while heating a pot of water. Reflective surfaces around the dish focus the heat onto the cooking platform, so simply place the pot, pan, and whatever other cookware on there to get things started. It’s fast, too, with the ability to reach grilling temperature in just five minutes and searing temperature in 15. 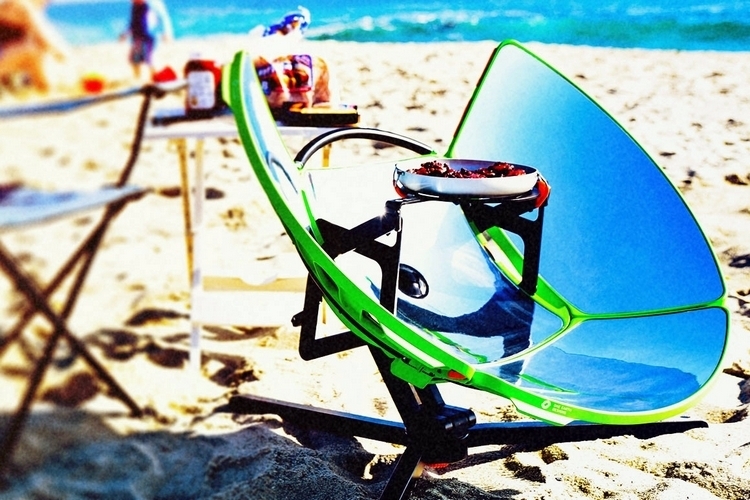 As for what you can cook in there, basically anything that can cook at 200 degrees Celsius or less will work, so, pretty much, anything you can do in a cooktop. According to One Earth, it doesn’t require full-blown clear skies to work, either. As long as you can see your shadow somewhere on the ground, it’s enough sun to finish cooking.

A Kickstarter campaign is currently running for the SolSource Sport. You can reserve a unit for pledges starting at $149.