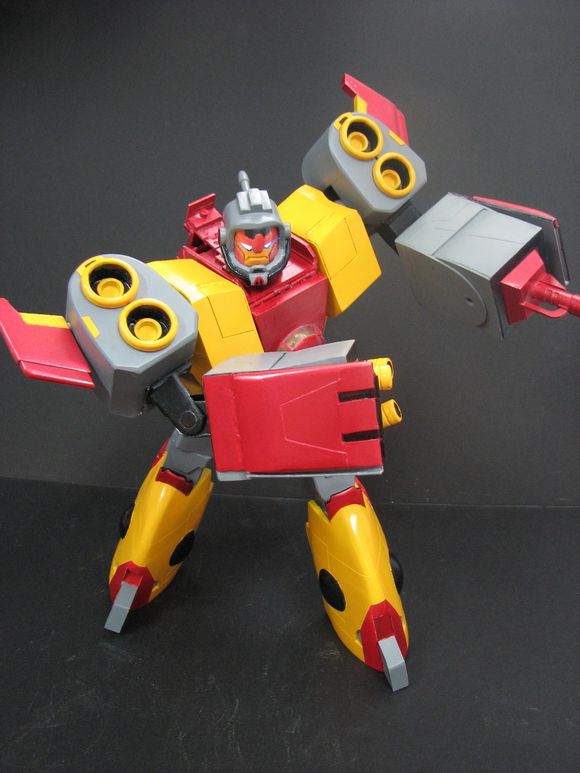 The gigantic Omega Supreme, as depicted from the last animated series, was one of the most important Transformers ever.  He also happens to be a widely ignored one, with Hasbro neglecting to fashion a decent action figure for the one that sacrificed his life to end the war between the Autobots and the Decepticons.

As such, it isn’t a surprise that his character has become the fodder for individual hobbyists to try to fashion.  Currently being auctioned now on eBay is probably the best of the bunch – a 13.5 x 12 inch animated figurine that looks every bit as accurate as you can imagine an Omega Supreme toy to be.

Apart from staying true to the character’s details, the figure is fully transformable into the ship that the Autobots once traveled in.  If that wasn’t enough to build a case for this wonder, it sports light-up eyes, a similarly illuminated command center and is fitted with a speech module.  All the limbs move beautifully and the scale makes sense (compared to other characters from the line), making this easily one of the best one-off Transformer creations available today.

If your Transformers collection beg for a new lease on life, I can’t imagine a better figure to play as its new centerpiece.  Bidding for the one-of-a-kind Omega Supreme animated figure is currently ongoing until July 6th.  Amount is now up to $3,150 and will likely balloon as deadline draws near.  Take a gander for yourself and see if it’s worth your hard-earned money.  It definitely looks like it to me.