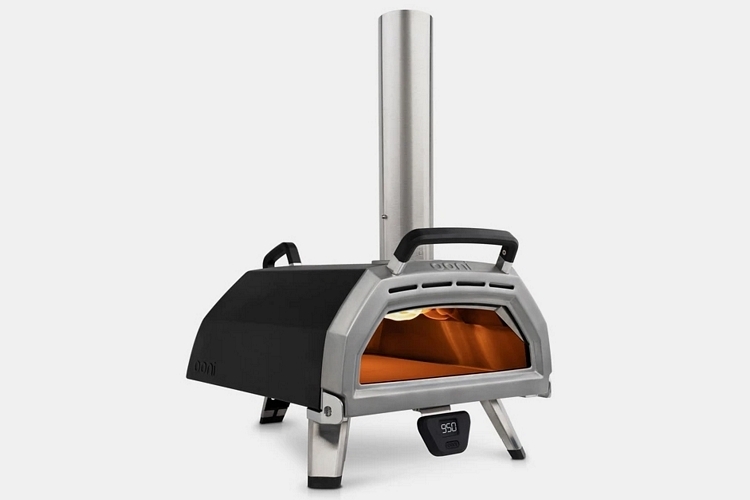 We’re big fans of the Ooni Karu, a wood-fired pizza oven with collapsible legs that make it viable for loading in the car to take to beaches, campsites, and other outdoor excursions. The Ooni Karu 16 takes that same collapsible design in a larger size, allowing you to make bigger pizzas and cook bigger batches of dishes.

Designed to cook 16-inch pizzas, the oven allows you to make much larger pies than the original Karu, whose cooking area can only accommodate 12-inch doughs. It does that while retaining everything that made its smaller namesake such a good pizza oven, too, from fast pre-heating times and a durable build to the collapsible form factor that makes it reasonably portable. 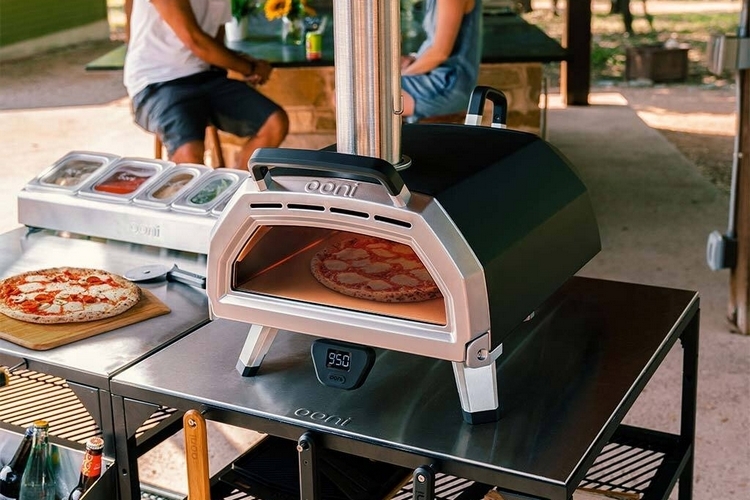 The Ooni Karu 16 has a cooking surface that measures 16.7 x 16.7 inches, easily accommodating those extra-large 16-inch pizzas that you can share with friends and family. That large cooking area also means you can roast larger slabs of meat, bake larger loaves of fresh bread, and flame-cook bigger dish servings in a single go. Like the original Karu, it allows you to use either charcoal or wood in the hatch around back for fuel to get that authentic wood-fired flavor, although it’s also compatible with an optional gas burner if you prefer the convenience and precision control of cooking with propane.

According to the outfit, the oven can be pre-heated to 500 degrees Celsius (950 degrees Fahrenheit) in just 15 minutes, at which point it’s ready to flame-cook a 16-inch pizza with the included cordierite pizza stone in as little as 60 seconds. An integrated battery-powered digital thermometer at the lower section of the oven makes it easy to figure out the current temperature, by the way, so you’ll know exactly when it’s ready to start cooking without having to use a separate thermometer. And yes, it can show the temperature in either Celsius or Fahrenheit, depending on which one you’re most comfortable using. 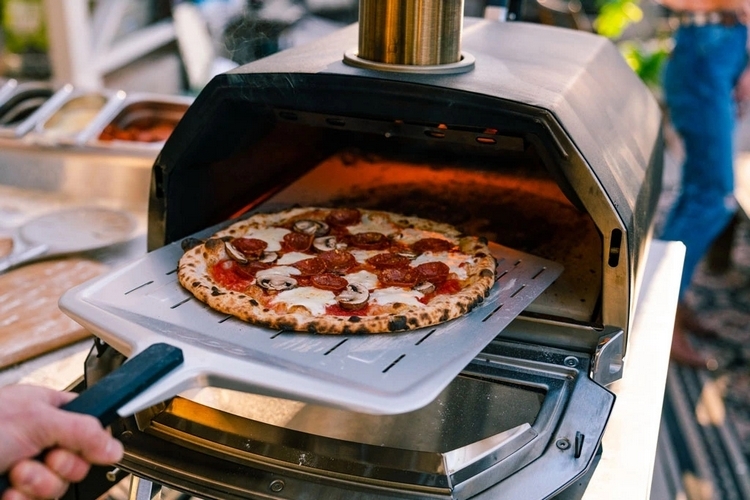 The Ooni Karu 16 has a hinged glass door with a clear window that allows you to seal in the heat while being able to keep an eye on the food cooking inside the whole time, along with a detachable chimney that enables dual airflow adjustments for better temperature control and fuel efficiency. It also gets an upgraded construction, with a shell cut in powder-coated carbon steel that delivers improved insulation and greater weather resistance, so it should hold up to the backyard and the outdoors even better than previous models of the outfit’s ovens. 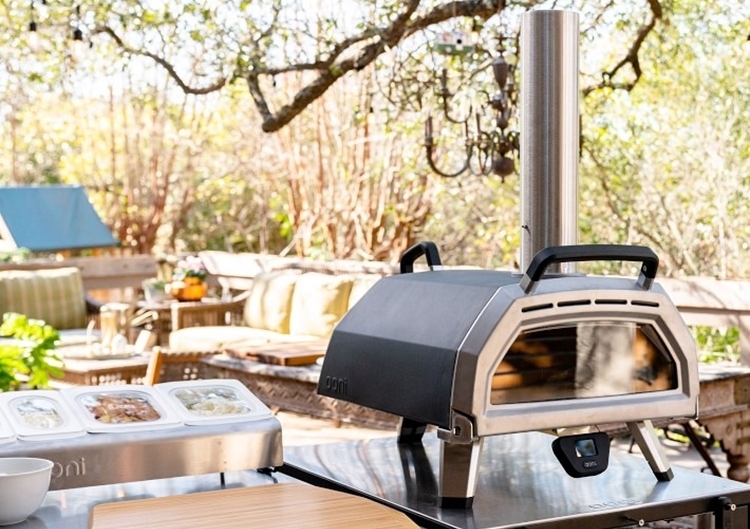 Do note, while it retains the three folding legs that make the 12-inch Karu reasonably portable, this is substantially bigger than that model. Specifically, it measures 33 x 32 x 20 inches when assembled, although the folding legs and the detachable click-lock chimney should cut the height down substantially when collapsing it for transport. The catch, though, is that the whole thing still weighs a whopping 62 pounds, so you’re going to need some actual muscles to move this around while at camp.

Want one? The Ooni Karu 16 is slated to ship in October, priced starting at $799.