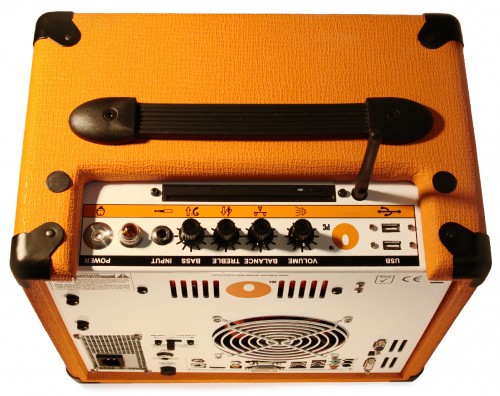 A computer and a guitar amp isn’t the most obvious pairing, so call me surprised to see Orange Amplifier’s latest creation: the OPC Computer Amplifier. Yes, it’s a guitar amp styled with the UK-based amp makers’ hard-to-miss cabinet design that also just happens to include beefy desktop hardware. Kinda puts a new spin on combo amps, don’t it?

Marketed at folks who like making music on their PCs, the unique box comes with a full-fledged computer running inside it. Since the whole setup is integrated, every instrument you plug in can instantly be processed by the PC too, which plays really well to those using their Windows machines for recording and editing music tracks. No more buying a plethora of peripherals – all the needed ports are onboard. 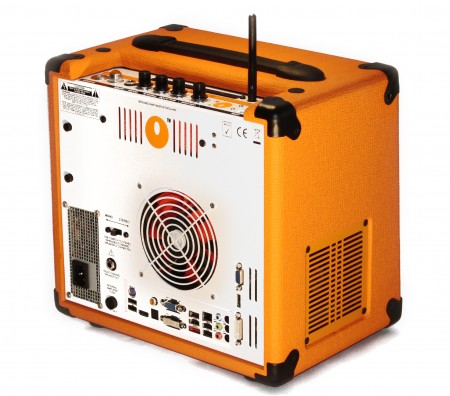 No underpowered netbook specs here. Instead, the OPC Computer Amplifier fits in a real multimedia PC, with a choice of 64-bit Intel processors, 4GB DDR2 RAM, 500GB HDD, Windows 7 x64 Home Premium, eight USB 2.0 ports, Wi-Fi and an integrated GeForce 9300 graphics card (you can also add an optional dedicated ATI 5670 512MB GPU). It features a unique cooling system that uses the air blown out of the speaker to help keep the CPU temperature in check.

One of the features Orange is touting is their universal jack, which can take input from electronic instruments (guitars, keyboards), microphones and digital music sources (iPods, media players), for recording and processing by the computer. Pre-installed software include a recording package (title not specified) and a slew of sound samples from Orange’s amp line.

The Orange OPC Computer Amplifier is slated for a June release. No pricing has been given, though.