These 3D-Printed Open Toys Can Turn Fruits And Veggies Into Cars, Planes, And Submarines 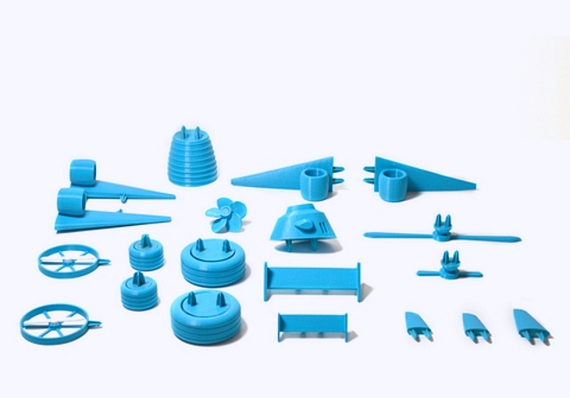 If you own a 3D printer, you’ve probably entertained the idea of saving a bunch of money this holidays by just manufacturing your own gifts for family and friends. Only problem is, what are you supposed to make for each one of your recipients? If you have a bunch of children on that Christmas list, you may want to consider these clever 3D-printed Open Toys.

Designed by creative studio leFabShop, it’s a series of 3D-printed parts that you can stick into fruits and vegetables to turn them into different types of vehicles.   The designs are free to download, too, so you can churn out a ton of these objects for nothing more than the cost of plastic filaments. 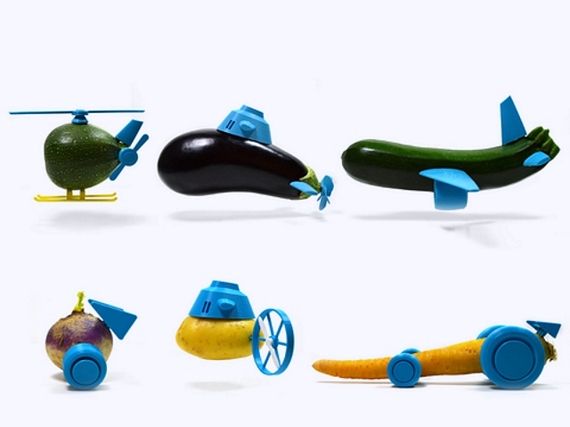 The entire Open Toys collection consists of 14 objects, which include wheels, propellers, and airplane wings, among other items, allowing kids to build cars, planes, helicopters, rockets, and submarines. Granted, parents will probably need to keep a close eye to make sure kids aren’t still playing with that rocket eggplant they built long after the vegetable has started rotting and smelling nasty, but unless you’re giving them to your kids, that should be your friends’ problems, isn’t it?  Yeah, I think is why my friends hate me. 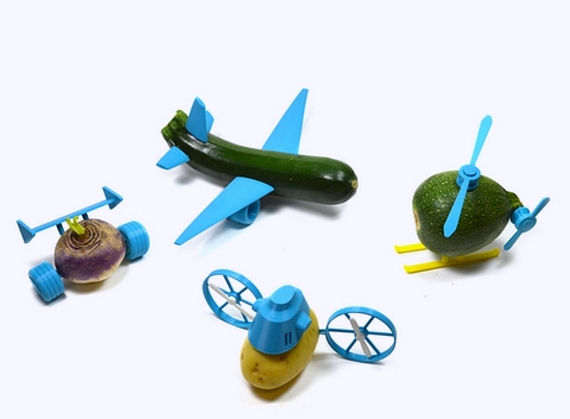 While they recommend using it with fresh produce like vegetables and fruits, there’s really nothing stopping imaginative children from turning their choco-glazed donut into a submarine, a Snickers bar into an airplane, or that wafflesicle into a Formula 1 racer using these things. Again, parents will probably need to keep a close eye to make sure little kids aren’t eating that hotdog after they stuck wings to it and made it fly from one end of the backyard to the other. But, again, that should be your friends’ problems, so… yeah, just keep that 3D printer running.

You can download Open Toys from the link below.