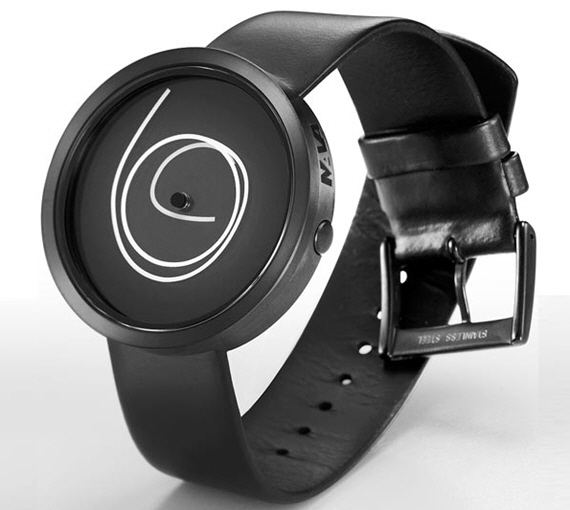 I’ve never been a big fan of wearing watches with dials that will make you jump through mental hoops in order to read.  Sure, they’re fun and all, but it turns checking the time from a split-second thing to an activity that will take five seconds or more.  It just seems counter-productive.  While the Ora Unica looks like one of those brain-twisting timepieces, you can actually use it to read time just as fast as other analog watches.

Designed by Dennis Guidone for Nava Design, the watch face consists of nothing but squiggly lines that seem randomly drawn by a four-year old.  But, alas, it isn’t.  Instead, the two ends of the squiggle actually function as traditional analog hands, with the inner end pointing to the hour and the outer end pointing to the minute, respectively.  Clever. 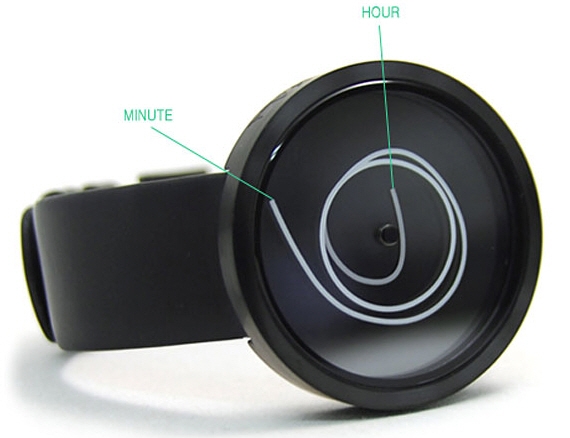 The Ora Unica sports a minimalist dial that’s uncharacteristic of the kind of watches that make time-telling a puzzle (eherm… Tokyoflash), making for a timepiece that’s a lot more wearable for people who don’t like busy watch faces that look like mini-computers carrying out a complicated operation.  In fact, without the squiggle in the middle, the entire watch will be just one all-black accessory strapped across your wrist.  Oh yeah, it’s also not digital, with a Miyota 2039 movement handling the time-telling duties. 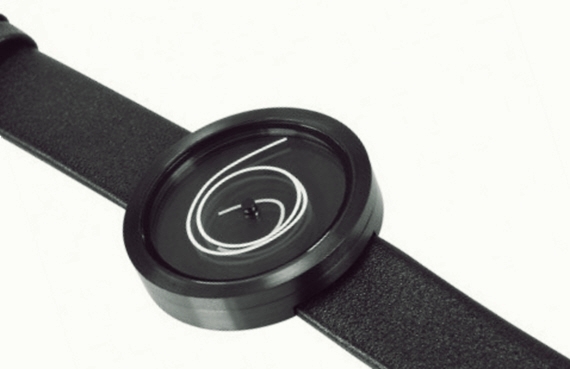 Available in either 36mm or 42mm stainless steel watch cases, it features a mineral glass cover, leather strap, and a buckle closure.  It’s also waterproof, with a 3ATM rating.

You can get the Ora Unica from Watchismo.  Price is $184.