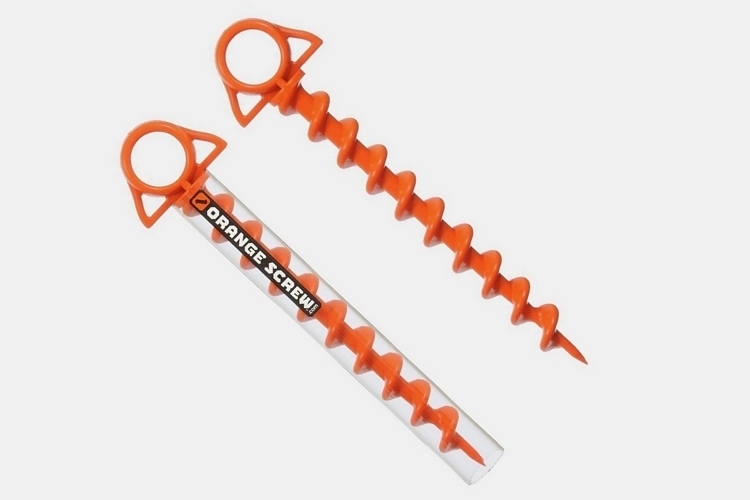 There’s no shortage in options for ground stakes that you can use to secure tents, tarps, and other temporary structures to the ground. Problem is, few of them work very well and especially not for every type of surface you’re going to encounter outdoors. Fortunately, that’s not the case with the Orange Screw.

Billed as “the ultimate ground anchor,” the stake comes in a helical shape, requiring you to drive it into the ground by winding it in like a screw instead of pounding it in like a nail.  That means, it also requires the same spinning motion to take it out of the ground, making it incredibly difficult to pull out accidentally, ensuring whatever you’ve tied down to it is completely secure. Whether you’re setting up a tent on a windy trail, keeping your raft tethered to the shoreline, or leashing down a big dog at camp, this thing is likely to hold better than anything else you can find in the market. 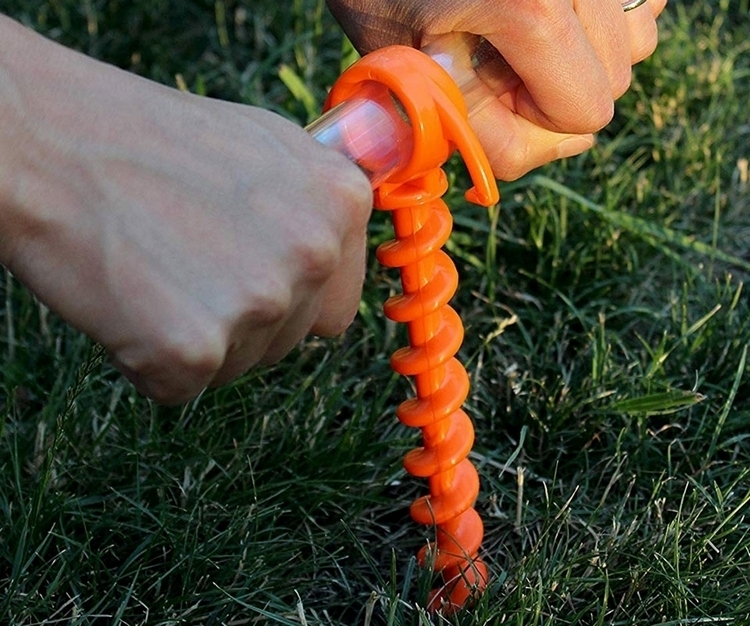 The Orange Screw’s consists of a helical-shaped stake with a large hole on the head, giving you a convenient place to tie down ropes, fasten hooks, and whatever else you want to secure when you’re spending time outdoors. That hole also comes in handy when using it on more difficult surfaces, like heavily-packed soil, since you can insert a tube through the hole and use it for leverage in order to drive the stake in. Seriously, adding extra leverage there should allow you to successfully drive it into anything other than the rockiest terrain. Oh yeah, it comes with a clear plastic tube, by the way, that you can use for that purpose, which doubles as a case for the stake during transit.

Because the ground it’s driven into, pretty much, conforms to the helical shape, the stake can’t be removed by simply pulling it out by brute force. Instead, you’ll need to perform the opposite driving motions that you relied on in order to actually get it into the ground, leaving it a whole lot more secure even in the most challenging conditions. According to the outfit, the darn thing has been tested to hold up to 650 pounds of pressure each, so you just add more stakes if you feel like you’re going to need the reinforcement. 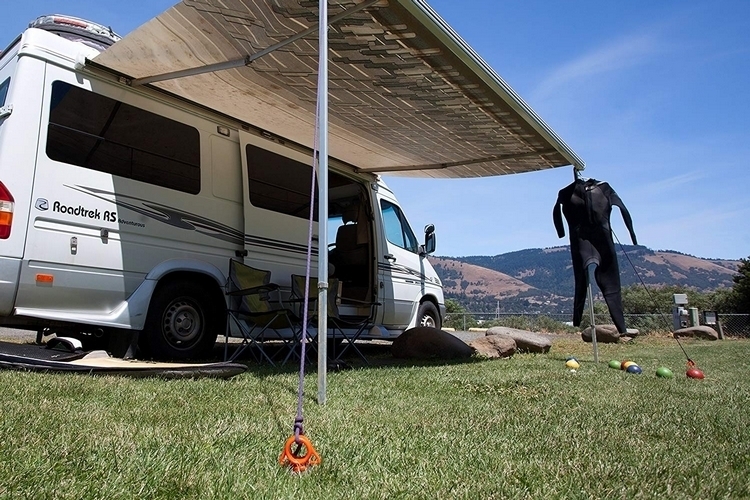 The Orange Screw is made from a solid chunk of hard plastic, so this thing should survive contact with rocks, roots, and other hard objects in the soil, with the outfit even going so far as to say that the darn thing is near-indestructible. Truth be told, it does look tough, with reviews even praising just how well it performs in ground that ends up breaking, bending, and otherwise destroying other stakes they’ve tried. 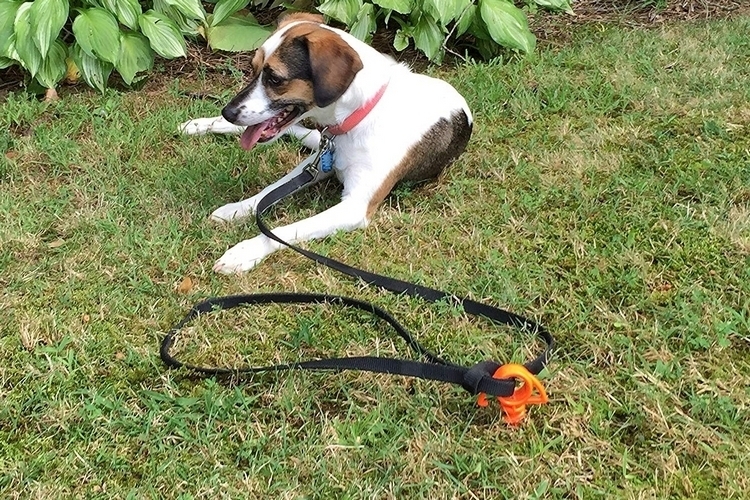 The Orange Screw is available now. 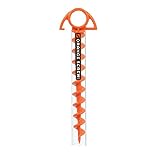