Origami Stroller: The High-Tech Way To Take Baby For A Walk 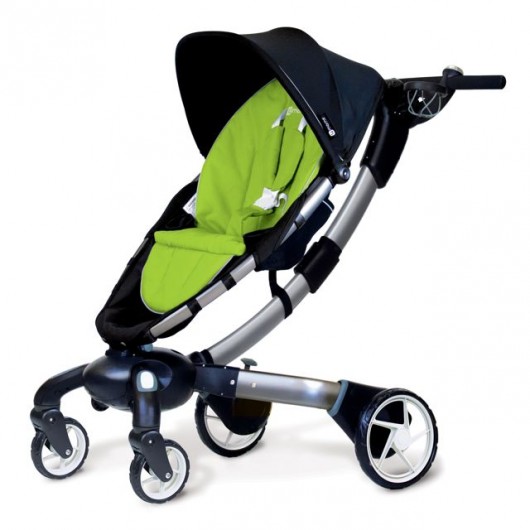 We’ve seen strollers that fold down to an easy-to-carry bundle before.  However, I don’t think we’ve ever seen one that does so autonomously and that’s exactly what the Origami Stroller does.

Made by 4Moms, it’s billed as a “power folding stroller.”  Punch a button and it will collapse into a tiny bundle that looks like an RC truck’s chassis.  Push the same button again and it will fold out like a Transformer robot into a full-sized baby carriage.  Makes having to walk the baby around just a little more fun, doesn’t it? 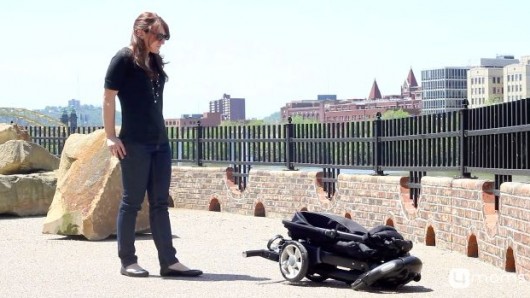 The Origami Stroller measures 39 x 32 x 41 inches (h x w x l) when fully rolled out and 14 x 21 x 38 inches when bunched up into a package for tossing in the trunk.   The frame is constructed from aluminum, paired with polyester fabric for the body and foam rubber composite tires.  Designed for safety, the tubes telescope in and out during folding to minimize pinch points, so no part of the frame traps any part of your child’s body.  It also comes with built-in sensors that detect whether there is someone in the crib.

And the automatic folding mechanism isn’t the only unique feature either.  The high-tech stroller also comes with a USB slot for charging cellphones out of the onboard battery, an LCD panel for readouts (displays stuff like battery charge, distance walked and more), an onboard kinetic generator for replenishing the battery while you walk, daytime running lights, pathway lights and one-push brakes.  Basically, it’s everything that a stroller should be and some things it shouldn’t.  Which is pretty awesome.