Origami Tigers Will Crouch In Front Of Sydney’s Customs House, Ready To Pounce On Guests 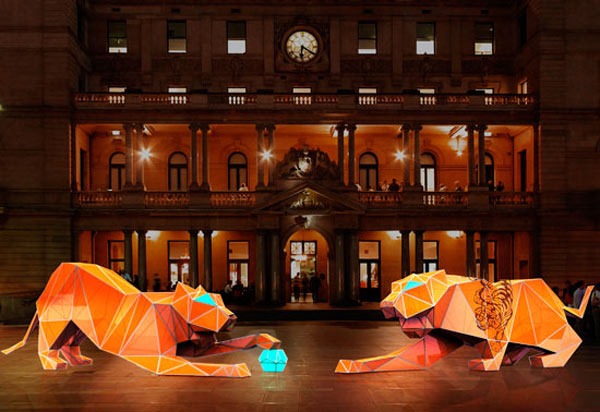 When LAVA said they were showing off Origami Tigers, my first thought was, “If it rains, you’re all screwed.”   Of course, they turned out to be smarter than me, since they didn’t take the Origami part that literally.  While constructed using paper-folding patterns, the entire thing was built out of aluminum and Barrisol sheet, which should make it resistant to regular water damage.

But why, oh why, would you put giant Origami tigers at the walkway towards a building other than the fact that they’re awesome?  Because the Year of the Tiger is coming up, silly, right after the Chinese New Year festivities on February 14th.  Yep, they’re deliciously awe-inspiring and they’re tied into an actual celebration too. 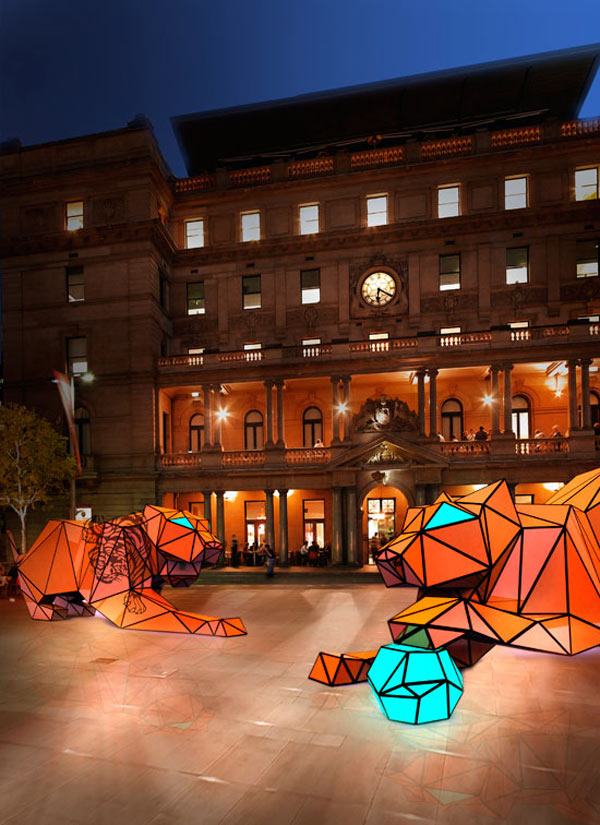 According to Australian design firm LAVA, raising awareness about the tiger’s status as an endangered species was also among the goals for the creations. The Origami Tigers should look great under both day and night skies (the photos above are actually non-matching renders), thanks to the Barrisol sheets’ striking outdoor properties, along with the installed LED panels.  Each sculpture stands 8.2 feet high, stretches 23 feet long and weighs 441 lbs.  Suffice to say that if they magically come to life, they won’t only eat you, they’ll probably flatten you before popping you into their mouths.   Who’s the endangered species now, puny human?

Commissioned by Sydney’s Customs House, the Origami crouching tigers (the hidden dragon is…well… hiding, of course) will stalk guests at the facility’s forecourt from February 11 to March 10, 2010.