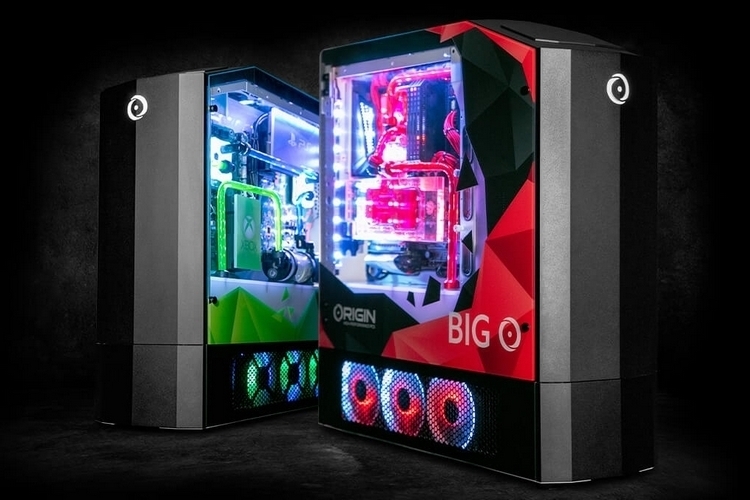 Some people play on consoles. Others refuse to game on anything but PCs. And then, there are those who play on every platform they can get their hands on. The Origin Big O Gaming PC is designed for that non-discerning crew.

A veritable all-in-one gaming desktop, it combines PC gaming hardware, PS4 hardware, and Xbox One hardware, along with a Nintendo Switch dock, in a single PC tower, allowing the system to run any game from any modern platform. That way, you can play Forza one moment, Gran Turismo the next, Zelda shortly after, and a modded-out session of GTA V to finish up your day all from one machine. 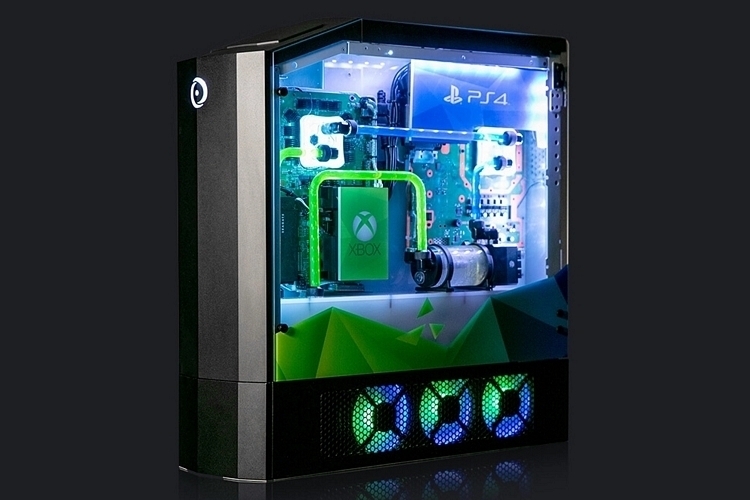 The Origin Big O Gaming PC takes a large PC tower with a see-through tempered glass side panel and puts three distinct hardware systems inside – one for a standard gaming PC, one for the PS4 Pro, and one for the Xbox One X. Seriously, there’s three sets of motherboards there, all with their own processors, RAM, and everything else, all creatively crammed inside the same chamber. To make sure you get to appreciate the complexity of the custom setup, the Xbox and PS4 sections are labeled accordingly, which should also help you identify which board runs the gaming PC, just in case you need to add more RAM, upgrade your graphics card, or plug in any new hardware.

Since you’re not likely to be running all three at the same time, they’re hooked up to a single 1000W power supply, along with a custom Cryogenic cooling setup to keep any of the systems from overheating. To round out the interior aesthetic, the cooling tubes for the Xbox and PS4 boards are coordinated with each platform’s corresponding colors (green and blue, respectively). 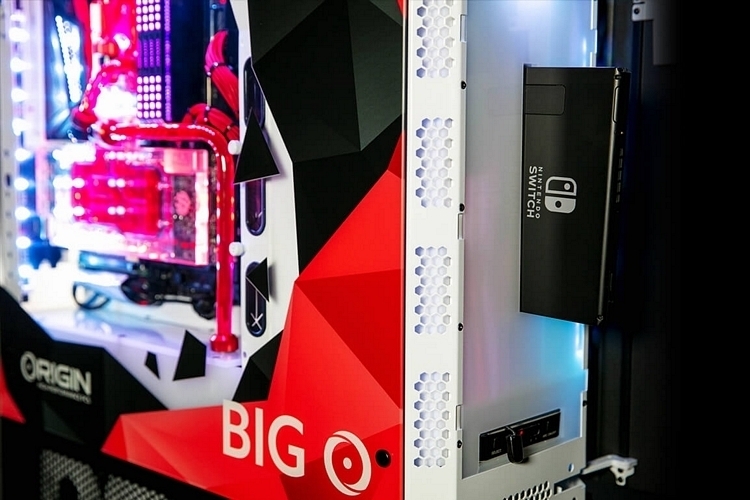 The Origin Big O Gaming PC also includes a custom dock for the Nintendo Switch, so users can just slot in their handheld console to play Nintendo games on the connected display. Both the Xbox One X and the PS4 Pro are hooked up to their own 2TB SSDs, while the Switch relies solely on its built-in storage. There are a dedicated set of USB 3.0 slots for each of the consoles and the gaming PC, respectively, as well as a single HDMI slot and Ethernet port, both of which are hooked up to their own switches. 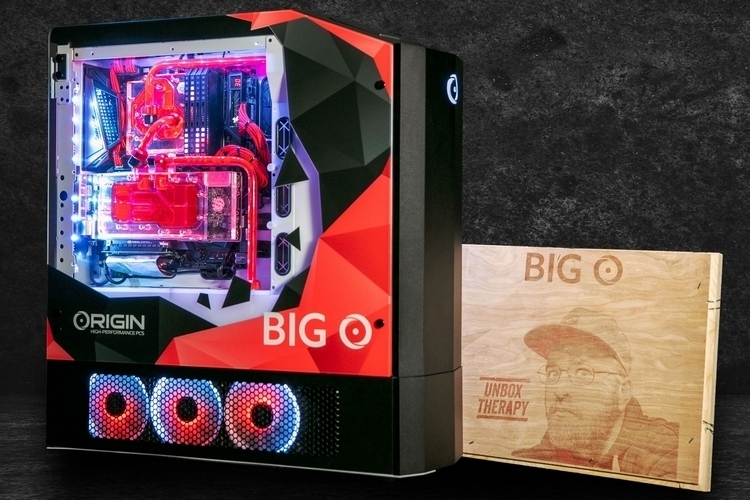 As for the gaming PC, it uses an MSI MEG Z390 Godlike unit, with an i9-9900K CPU, a Nvidia Titan RTX GPU, 64GB of RAM, and 18TB of onboard storage (two 2TB SSDs and one 14TB SSD). Since this is designed for gamers, it comes with an Elgato Game Capture 4K60 Pro card, which you can use to record game footage, whether for YouTube, Twitch, or any other video platform of your choice. Everything, by the way, is housed inside a custom Origin PC Genesis case.

Want one? Sadly, that’s not in the cards, as the Origin Big O Gaming PC is only a proof-of-concept. If you want to own one, you’ll have to build it yourself or, at the least, pay someone else to put together a similar setup for you.