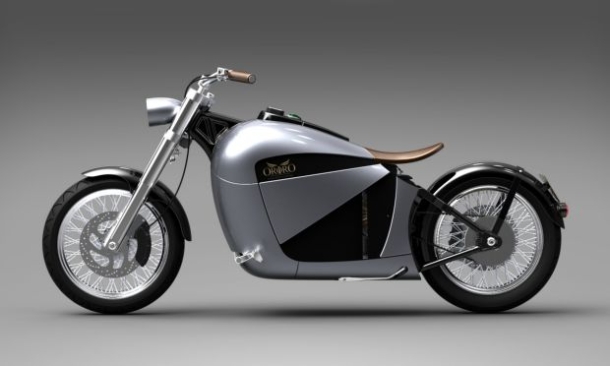 In many ways, a cruiser bike is the perfect platform for an electric motorcycle.  Speed isn’t as big an issue (it’s for cruising), nor is weight, while the wide body offers a convenient place to hold the battery modules.  We guess that’s why the Orphiro Electric Motorcycle is gaining plenty of attention.

Made in the Netherlands over the course of the past two years, the retro-looking two-wheeler comes with rounded lines and a low-slung profile that easily rivals the styling of many modern cruisers.  It’s quite the beauty, in fact — a far cry from the often-questionable aesthetics you’ll find in some electric bikes. 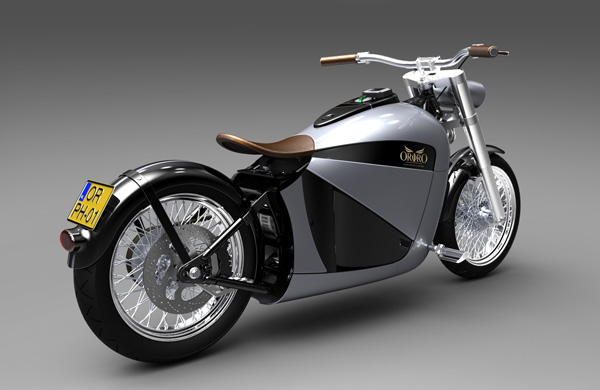 The Orphiro hides five lithium-ion batteries under the streamlined exterior, pushing out 72 volts, while the onboard electric motor can have it dashing at speeds of up to 75 mph, making it suitable for most in-road riding.   Range is limited to 60 miles, which makes it viable for short romps around the city.  For extended cruising sessions, be prepared to go hunting for available plug-in outlets and waiting 6.5 hours for the batteries to replenish.  Yeah, it won’t be pretty.

Company founder Alexander Steegh is looking to debut the Orphiro around September in limited quantities.  They won’t be taking orders until then, but he’s currently looking at several corporate customers who may want to use it for promotional purposes.