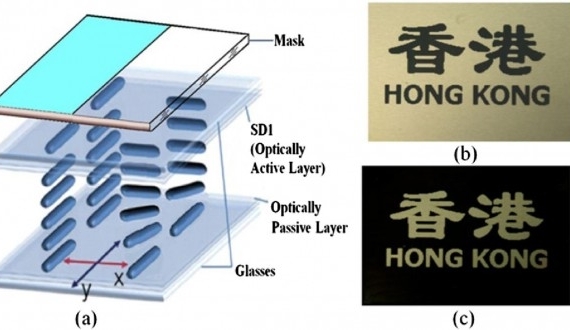 The power consumption of e-paper is one of its greatest advantages, using up the battery only when changing what’s displayed on the screen.  A new LCD, billed as Optically Rewritable Liquid Crystal Display (ORWLCD), might finally be able to bring that same power-saving capability to laptop monitors and smartphone screens.

Developed by researchers from the Hong Kong University of Science and Technology, the screen will only use up power while “writing” the display, then retain the image after disconnecting from its power source, just like the e-paper panels found on ebook readers.  It can even retain that same image for several years, opening the door for LCD panels that use up way less power than even the most efficient displays we have now.

In ORWLCDs, liquid crystals are sandwiched between two glass substrates, one of them optically active and the other, optically passive.  It uses no current-conducting layer that flows through the light and dark sections of the screen like the current generation of LCDs.  Instead, it displays the image using an LCD Mask and a 450nm LED.  This configuration makes the display notable not just for its power-saving ability – it may, in fact, end up thinner and simpler to construct than present-day displays.

At this point, the ORWLCD can only display grayscale images at a very low refresh rate, making it far from ready for integrating into laptops, desktop monitors, and smartphones.  It’s promising, though, and the research team believes they can add color and increase refresh rates as further development continues on the project.