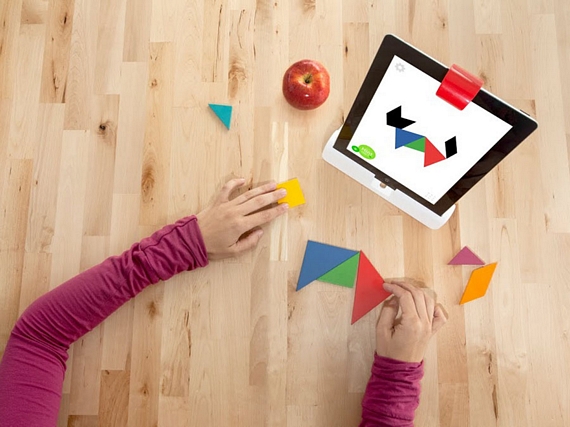 Osmo turns the iPad into an entirely new gaming platform that combines digital games with real-world objects. Fire up a game on the tablet, then use the accompanying physical game pieces to play. The game pieces don’t electronically communicate with the game whatsoever (no Bluetooth); instead, the games use feed from the tablet’s camera to determine what a player is doing in real time.

To begin playing, you first prop up the iPad in Osmo’s stand and clip the included reflector mirror into the iPad’s front-facing camera, which allows it to capture whatever scene is going on right below, effectively turning any surface in front of the iPad into a gaming tabletop. From there, you just launch the game and play. 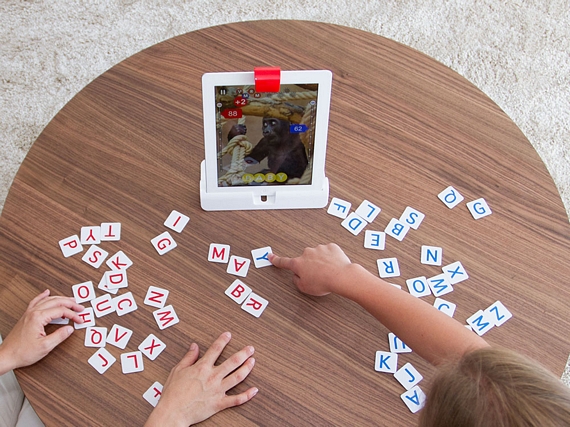 Three Osmo games will be available at launch: Words, Tangram, and Newton. Words is a hangman-style game that lets you complete words using letter tiles that you arrange on the playing area. Tangram, on the other hand, comes with colorful tiles of varying shapes that you arrange to match whatever figure is displayed onscreen. The last game, Newton, is a physics game that has the player leading a falling onscreen ball to an intended target. To lead it to the desired destination, you can draw platforms on a piece of paper while it’s falling, as well as move a piece of paper with pre-drawn figures on it. Additionally, you can use lay down any object around the vicinity on the table, like your Uzi Tactical Pen or your Clockwork Sharpener, to use it to control the fall of the ball. 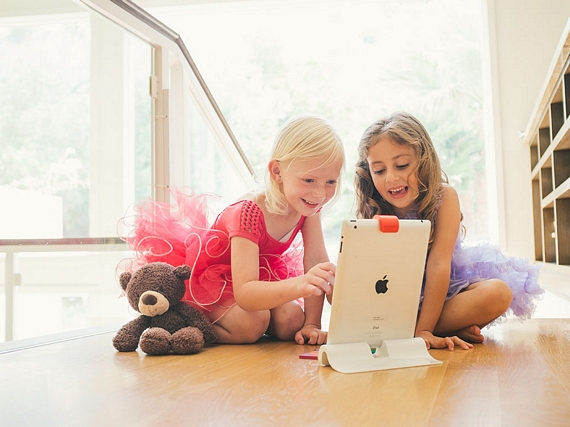 Basically, Osmo turns the iPad into a unique tabletop gaming device the whole family can enjoy. It’s now available for preorder, with shipping slated in the fall, priced at $49.