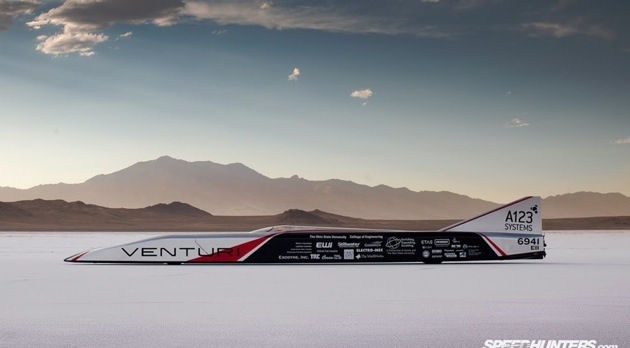 Electric cars aren’t typically built for speed.  Don’t tell that to the Buckeye Bullet 2.5, which just set a new speed record for battery-powered vehicles, clocking in at an average of 291 mph during back-to-back runs.

Created by a crew from Ohio State University with help from several industrial partners (such as Venturi and A123 Systems), the landspeed racer registered just shy of the 300.992 mph set by the original Bullet from last year.  That one, however, ran on hydrogen fuel cells, while this year’s model was juiced completely from lithium-ion batteries. 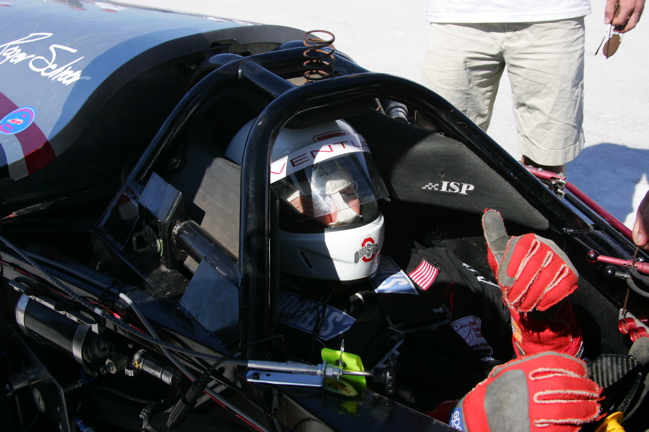 A custom-built induction motor lies at the heart of the vehicle, pumping out 700 horsepower to deliver the blistering speed.  Notable details include carbon fiber/aluminum construction and a full set of onboard diagnostics for driver feedback, along with an all-new inverter and control system. 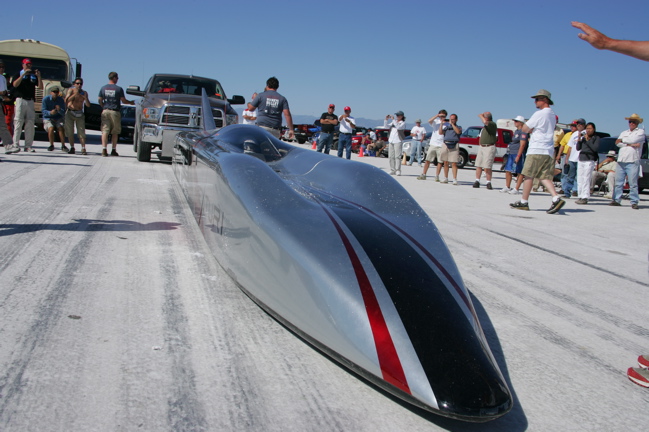 The OSU Buckeye Bullet 2.5 made the record-setting run at the Bonneville Salt Flats in Utah last Monday afternoon, after several days of aborted runs and wind storms.  It’s now officially the fastest electric vehicle in the world and is being used as a testing prototype for version 3, which is scheduled for unveiling sometime next year.  Yep, expect the speed record to be challenged once again.