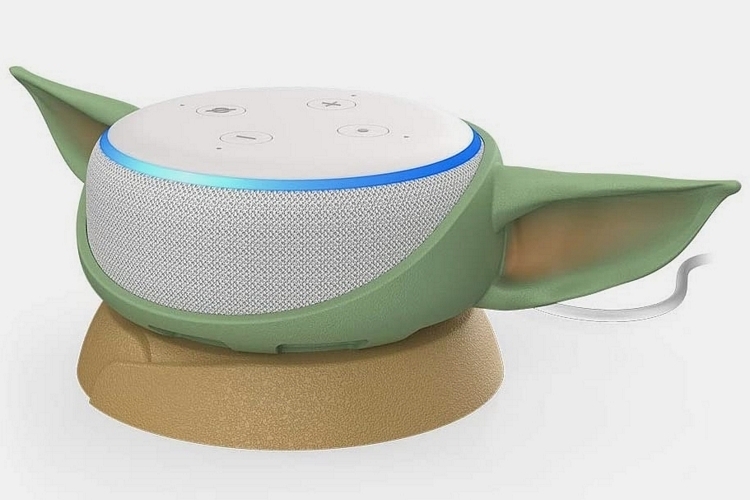 By now, you should have had your fill of Baby Yoda toys after all those figures and dolls you preordered back in December finally started shipping during the middle of the year. In case you’re still hankering for some more Baby Yoda cuteness in your life, though, there are still a few things out there probably worth splurging on. If you own one of Amazon’s compact Dot speakers, for instance, you can pick up this Baby Yoda-themed speaker stand from Otterbox.

Designed for the third-generation Echo Dot, the stand is clad in the likeness of the true standout star of The Mandalorian on Disney Plus. No, it won’t look like you’re talking to Baby Yoda while you’re ordering Alexa to queue up your mumble rap playlist (it doesn’t have The Child’s face, after all), but you do get the character’s memorable pointy ears, making your Echo Dot look like Yoda’s cybernetic half-robot twin brother. Or something. 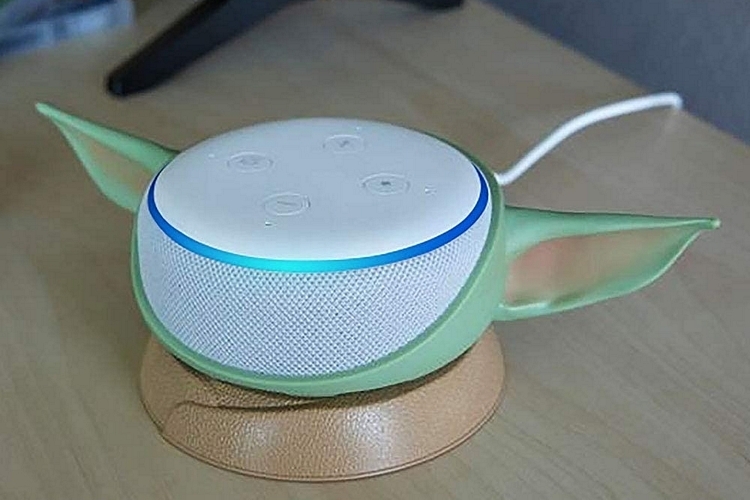 Otterbox’s The Mandalorian: The Child Stand for Amazon Echo Dot is, basically, a bust of Baby Yoda, albeit with his head and face completely cut off, leaving you to recognize the likeness by the appearance of its large ears, green skin, and Earth-colored robe. That large crevasse between its ears is designed to fit a third-generation Amazon Echo Dot, essentially dressing up your intelligent speaker as a Force-sensitive Mandalorian foundling.

According to Otterbox, the stand is designed to fit the speaker securely, so you can move it from the bedroom to the living room and everywhere else in the house without any danger of the speaker accidentally slipping out. It also won’t obstruct any important part of the speaker, so it will not impede any of the sound output nor will it block the far-field mic array from being able to pick up your voice command from anywhere in the room. Plus, you get full access to all the buttons on top, so you can operate it conventionally if you don’t feel like talking to Alexa. 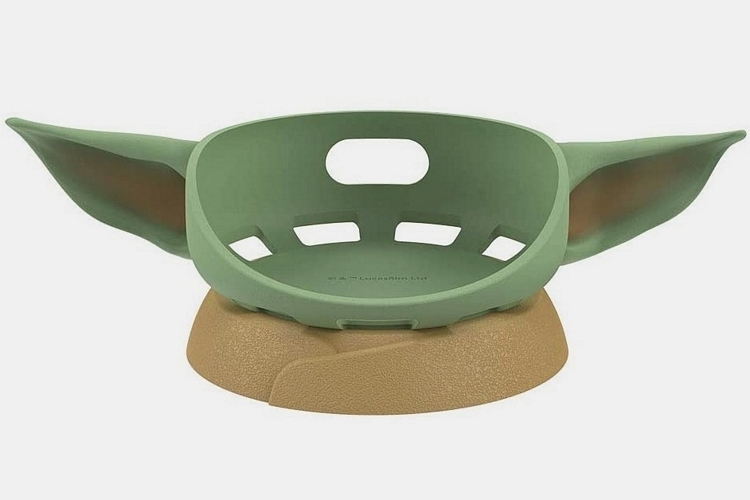 Otterbox’s Baby Yoda stand comes with a non-slip base that, the outfit claims, is designed for optimal audio output, so the darn thing won’t end up moving around even when you’re playing pulsating dance music with the volume turned up to 11. Basically, Baby Yoda is designed not to dance and we don’t know if that’s a good thing or a bad thing.  The product page claims, it’s built from a durable material that can withstand high use, so it’s either cut in an ultra-tough material from the Star Wars universe or hard plastic like many of the cheap novelty products you have in your home right now. 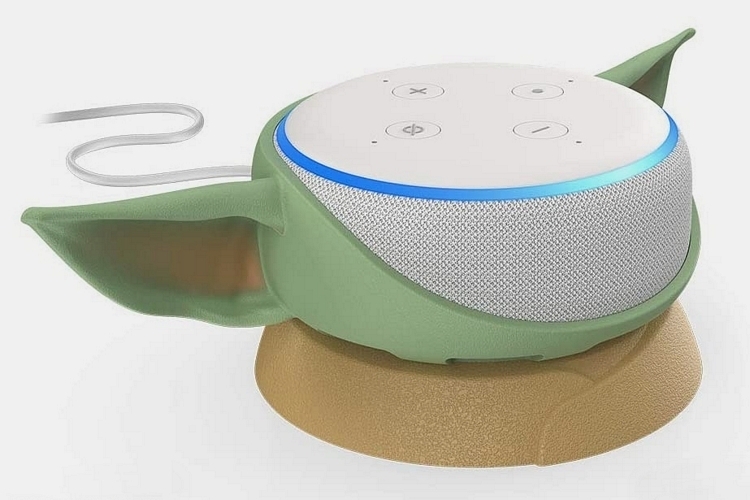 From what we can tell, Otterbox doesn’t have a deal with Amazon that will allow you to call their artificial intelligence Baby Yoda instead of Alexa when you use this stand, which is kind of a bummer. With that said, maybe they can work out something down the line.

Otterbox’s The Mandalorian: The Child Stand for Amazon Echo Dot is available now. 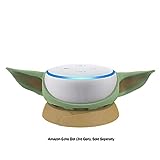 Made for Amazon, featuring The Mandalorian: The...
$24.95
Buy on Amazon