OutRun Arcade Cabinet Being Modded Into A Real Vehicle, Looks Like A Fun Way To Die 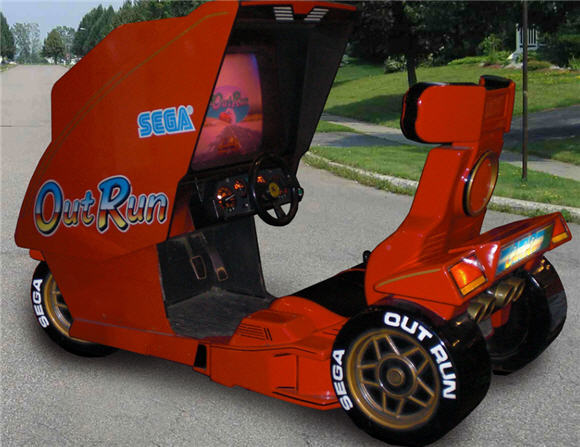 Driving is too easy.  Let’s make it less so.  Garnet Hertz of the Pasadena Art Center College of Design is taking a 1986 Sega OutRun arcade cabinet and putting it on top of an EVT tricycle, forcing the driver to steer the vehicle based on a rendering of the road they’re traveling on.  Someone’s going to die.

No, it won’t be using cameras to give a real-time image of what’s in front of the car.  Instead, the setup will show a graphical map the same way as in the game, making you drive in the real world like you’re playing inside an arcade.  It begs repeating – someone’s going to die. 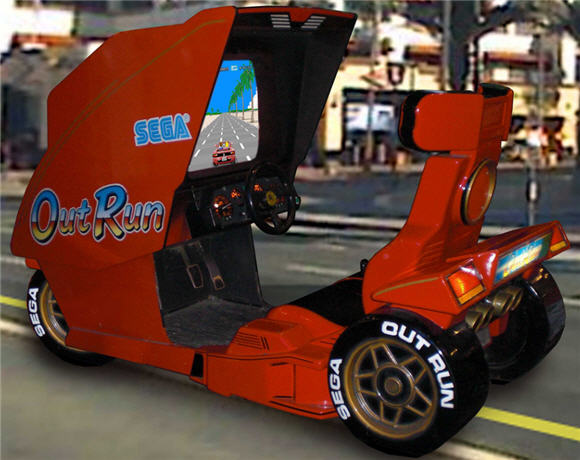 The idea is to “un-simulate” the driving component of video games, actually putting you on the road and making a game of it.  It turns the gaming concept around on its head, which actually sounds pretty exciting.  Surely, such a high-tech system will be rocking some nifty electronics, right?  Mmmm…actually, the heart of the system will be a single iPhone.  According to Hertz, his rig will use the iPhone’s GPS sensors to determine location, after which a custom code built using the handset’s API will generate an Outrun-style map.  This map, along with location pointers, will then be delivered via the large arcade screen.

Naturally, the plan is to use the rig inside a controlled circuit, as using this in a busy highway is probably the single most entertaining way to commit suicide (the EVT’s 20mph max speed, notwithstanding).  If it works, it can potentially set the tone for a new wave of driving games – ones that actually put you on a moving car.

Tons of more pictures at link below.