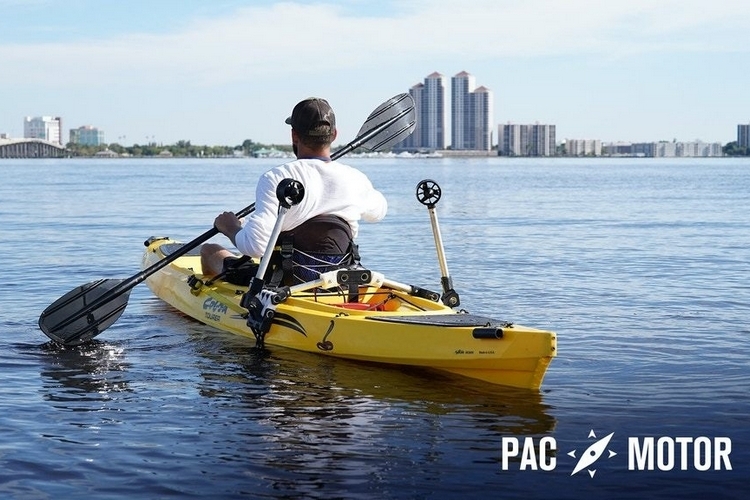 It’s fair to say that most people who ride kayaks do so because they enjoy paddling in the water.  Those who don’t enjoy paddling as much as they enjoy fishing once they get to their desired spot can always opt for a motorized version that spares your arms from all that taxing work. If you’re someone who enjoys paddling but would like the occasional boost on those days you’re not quite up to exerting all that effort, the PacMotor offers an easy way to motorize your boat.

A compact aftermarket motor system, it lets you equip an erstwhile ordinary kayak with everything you need to propel and steer it using a motorized drive. Whether you want to put the double-bladed paddle aside on the way back after a grueling kayaking session, have an easier time getting to your favorite fishing spots, or just  cruise around on a kayak while playing on your phone, this thing lets you do that without the bulk of traditional motors. 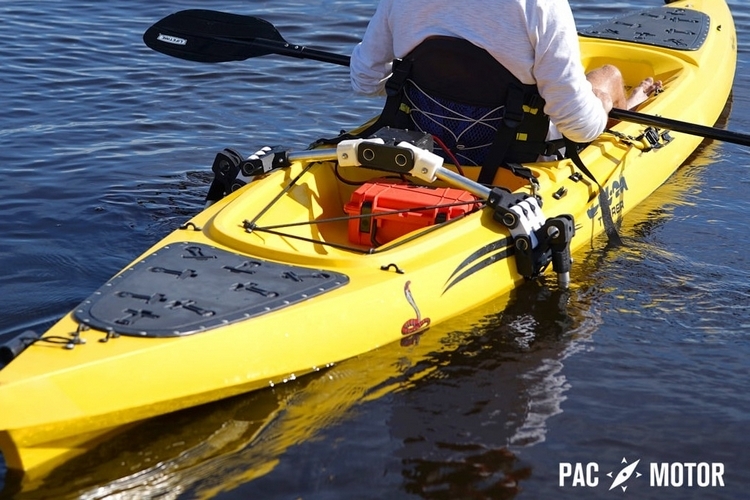 The PacMotor consists of two main components: the drive and the wireless remote. The drive consists of two motorized thrusters that are mounted on jointed frames with a hardwired battery between them, while the remote gives you a thumb stick to easily control the motor’s operation using a single hand. To set up, simply strap the drive system to any part of the hull behind the cockpit, using the folding joints to fit it comfortably across the boat’s width. According to the outfit, this folding frame allows the setup to fit in 90 percent of kayaks currently in the market, essentially allowing you to use them with anything but the most unusual kayak designs.

Once the drive is secured, by the way, make sure you fold up the arms attached to the motors, so it doesn’t accidentally brush up against the ground while you carry the boat to the water. When you want to activate the motorized boost when you’re on the water, simply fold those arms down to immerse the thrusters in the water and activate them using the remote. Yes, it’s that easy. 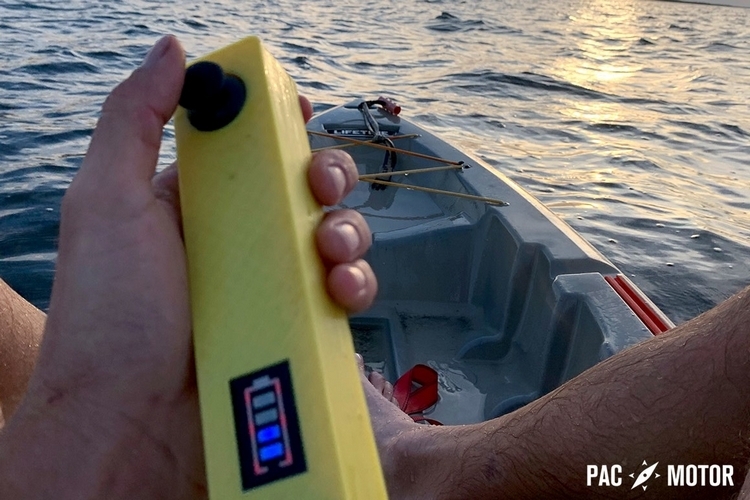 The PacMotor’s dual thrusters can operate independently, by the way, allowing the system to use it to turn the boat to either side by simply varying the amount of thrust in each one. It can even run the motors in opposite directions, which will allow the boat to spin in the same spot. The best part? You don’t have to think about how the thrusters are working through all this, as you simply have to move the thumb stick around, leaving the system to manage the dual thruster operation all by itself. 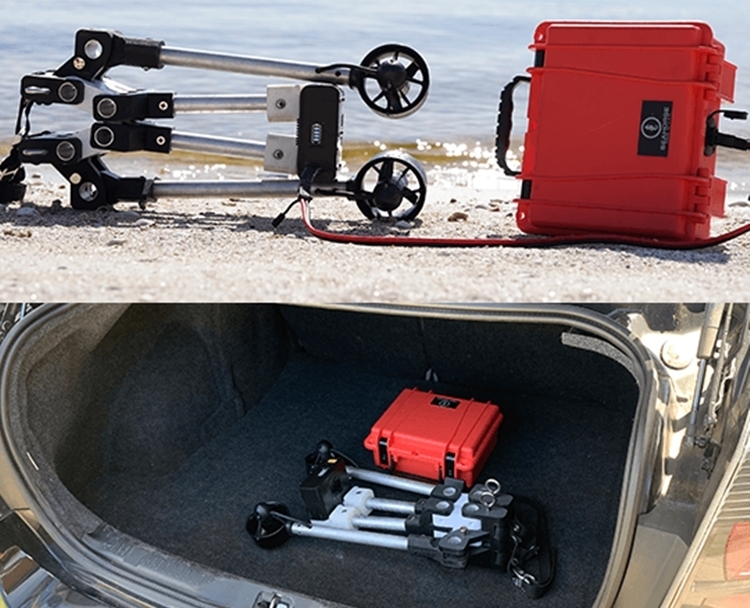 According to the outfit, the motorized drive will propel a 7.5-foot kayak to speeds of up to 6mph, but your actual speed will vary based on the size of the boat and the amount of weight it’s carrying. Suffice to say, you won’t be flying off the water like you’re on a jet ski with this thing. Other features include a 39Ah battery that keeps the motors running for over three hours, a total weight of 9 pounds, and the ability to work in both freshwater and saltwater.

The PacMotor is slated to launch soon, priced at $799.