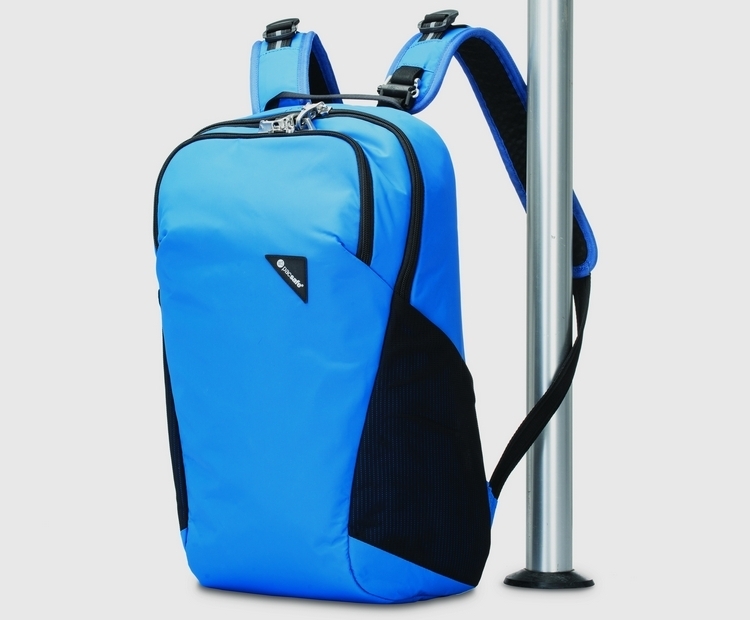 Yes, adding padlocks on a dual-zipper closure can help secure your backpack’s contents during traveling. With thieves slashing through bags and outright snatching them, though, that’s hardly enough protection. If you’re wary of shady characters helping themselves to whatever you carry around on your pack, you might want to invest in Pacsafe’s upcoming Vibe line of anti-theft bags.

Designed for city use, the collection covers a full roster of bag styles, from backpacks and shoulder bags to hip packs and sling bags. All of them come equipped with the same security reinforcements that, outside of having an attack dog watching your bag intently, render the entire roster as impervious to thieving as should be possible.

All bags in the Pacsafe Vibe line have shells made from eXomesh Slashguard and straps cut in Carrysafe Slashguard, both of which come with a hidden stainless steel wire mesh running underneath the fabric. That means, blade-carrying thieves won’t be able to rip and slash their way into the bag, with the steel mesh stopping them dead in their tracks any time they try. There’s also a new three-level lockdown security point, which should help further secure it from pickpockets, as well as buckles that can be padlocked to make it near-impossible to snatch.

Other features include zip pullers attached to discreet hooks to disguise the bag’s points of entry and an RFID-blocking pocket for your IDs and credit cards.  The bags in the collection range from a compact 20 liters to a travel-ready 350 liters, so there are options for everything from everyday use to long trips outside the country.

The Pacsafe Vibe line is expected to debut later in the year.