Painted Animal Skulls: Manly Décor Can be Pretty, Too 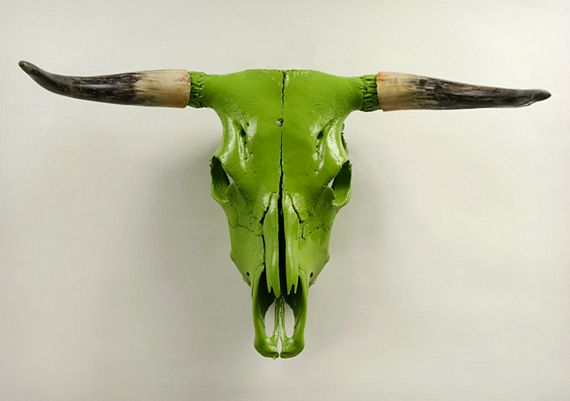 Putting up roadkill skulls as trophy head displays doesn’t seem like the most appropriate way to dress up your urban chic apartment.  There’s just something very 90s industrial metal about it — not the kind of thing a sophisticated man of the 21st century will use for decor.  Unless, of course, they get finished in bright colors like these Painted Animal Skulls.

Made by Stephan Alexandr, these are real skulls retrieved from animals who passed on.  Some are partial, some are complete; either way, they’re the kinds of things you tend to associate with horror nerds and general freaks of all varieties.  Somehow, though, getting painted over in bright shades of red, green and other pretty hues make them plenty more palatable. 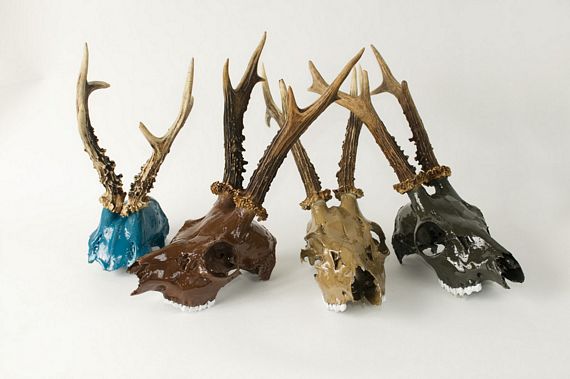 We’re not actually sure where Stephan gets his skulls, but they come in a wide variety, including bulls, caribous, deers, warthogs, African blesboks and more.  He’s also got a couple of marine fishes and shark jaws in there, all similarly done up with pretty paint.  Since these are real animal skulls painted over, each one is different, with varying sizes and appearances.  They’re pretty big, though, since all the animals look full grown. 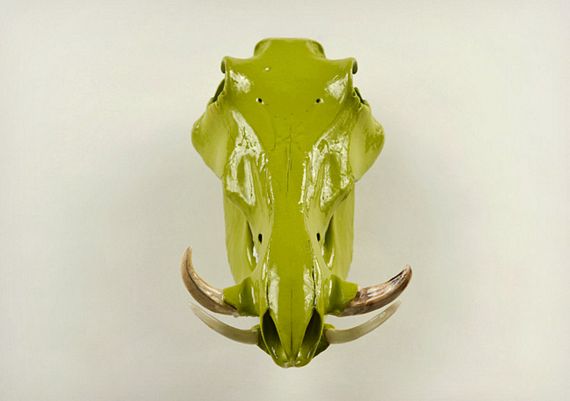 Instead of being hoisted on a wooden panel like standard trophy heads, these ones are intended to hang on the wall on their own.  We’re not actually sure where the mounting hardware is installed, but it should be there somewhere in the back of each one.

You can order the Painted Animal Skulls directly from Stephan Alexandr’s website, with prices ranging from $60 to $1,750.