PAL-V ONE, A Hybrid Road Car And Gyrocopter 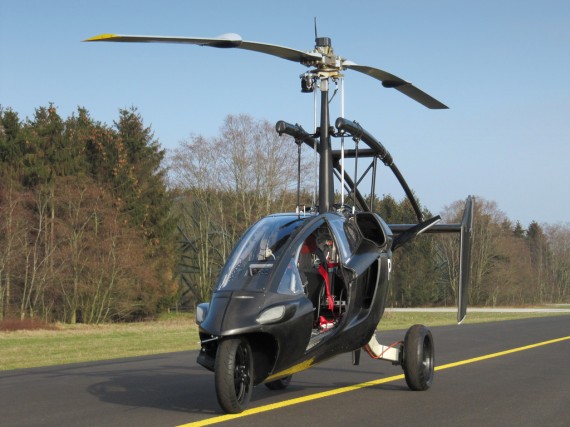 Flying cars are like jetpacks.  We’ve been seeing them for years but no one ever seems to come close to real commercial availability.  That doesn’t mean we can’t gush after every new model that shows up to tease us with their super transporting powers.  And that’s exactly what we’re gonna do with the PAL-V ONE, a combo gyrocopter and three-wheeled land vehicle.

A personal-sized flying car, the vehicle can sit two folks, so you can bring a friend along   while you travel through land, air and land again, whichever suits your fancy.   That means you get a “fully-integrated door to door transport option,” regardless of whether you’re going to your job in the city or to your mad scientist lab on an island off the coast. 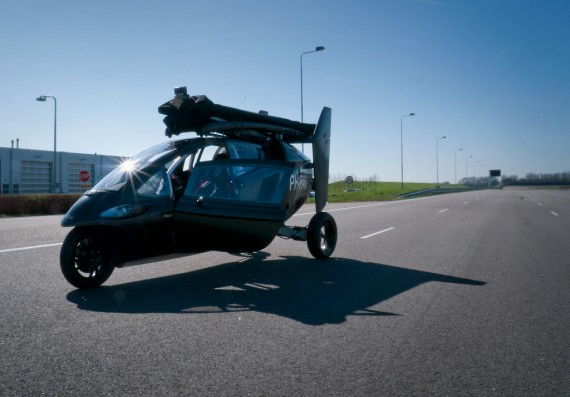 On the ground, the PAL-V ONE can reach speeds of up to 112 mph, with a 0 to 60 acceleration of 8 seconds.  With the three wheels, it looks more like a motorcycle than a proper car and actually drives like one, allowing for sharp cornering (it boasts an integrated tilting system) and agile handling.  In land mode, the blades fold in, so it looks like you’re carrying a load of steel bars on top of a weird-looking pod-shaped tricycle. 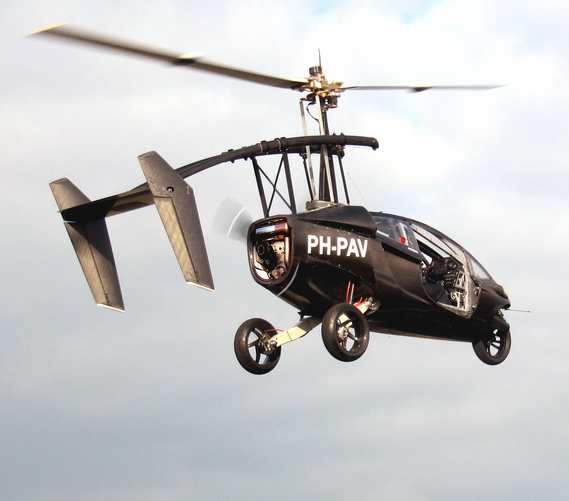 In the air, it can rise to heights of 4,000 feet and speed through the skies at a maximum 97 knots.  It supposedly works like a standard gyrocopter — quiet, easy to handle and safe (it can be landed safely even when the engine fails).  Shifting from one mode to another takes all of 10 minutes, so there’s not much downtime when going from land to sky and vice versa.  It doesn’t need all that much land space during take-off and landing either, requiring just 540 feet of straight road during flight and 100 feet upon touchdown.

Like many other flying cars, there’s no word on pricing or availability yet for the PAL-V ONE.  Those pictures look crazy hot, though.  You can check out more information and images from the official website.