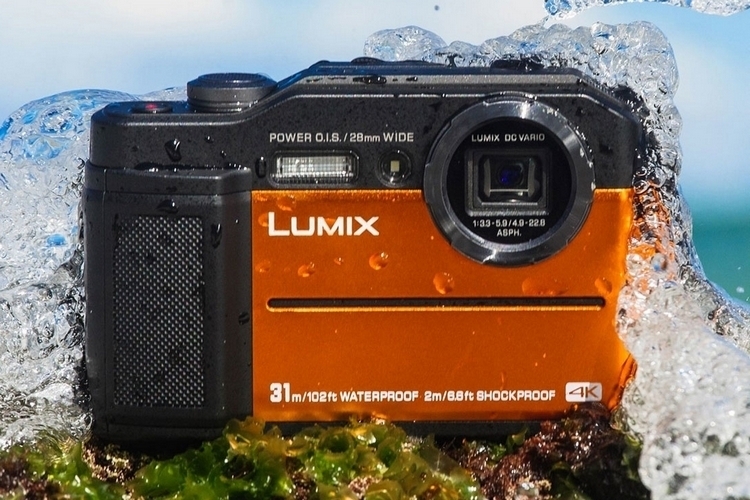 While a camera’s LCD screen can display the frame it will capture, most experienced individuals still rely on the viewfinder when composing their shots. Simply put, that tiny display is just more reliable than the LCD panel in a lot of situations. If you’re in the market for a rugged and compact camera with a viewfinder onboard, there’s not a lot of options. Panasonic looks to fill that underserved segment with the Lumix FT7.

Equipped with an electronic viewfinder (EVF), the camera will allow you to compose your shots accurately even in the brightest conditions, ensuring the sun beaming straight down at your camera won’t affect the kind of images you can capture. No dealing with glare, reflections, and overexposure on the LCD when shooting at high noon – just use the EVF and you’re set. The Panasonic Lumix FT7 is equipped with a 20.4 megapixel backside-illuminated sensor and a 4.6x optical zoom lens that can take shots from 28mm wide-angle to 128mm. That’s quite a powerful combo for a camera of this size, making it quite an interesting option for those in the market for compact shooters.  As with most modern cameras, it can record 4K video at 30 fps and 1080p at 60 fps, so you can capture your footage with as much detail as you require. It can also do 120 fps slow-motion at 720p.d

A new feature called 4K Photo allows you to capture a frame from a 30 fps video sequence and extract it as an 8-megapixel image, giving you an easy way to extract noteworthy moments from earlier 4K videos you took. There’s also an optical image stabilizer, by the way, to help ensure you can capture steady shots without the jitters. The Panasonic Lumix FT7 has a 0.2-inch EVF in the back, which comes with 1,170,000 dots, for those who like to shoot with their cameras close to their face for better stability, along with a 3-inch tempered-glass LCD panel that automatically adjusts the screen’s brightness level to handle a wide range of ambient lighting conditions. Shooting speeds are 10 fps with single autofocus and 5 fps with the continuous 49-point contrast-detect autofocus enabled. Other features include a stereo mic, LED photo light, Wi-Fi connectivity, and a battery rated at up to 300 stills or up to 80 minutes of continuous video recording. Sporting a ruggedized built, the camera is designed to withstand some serious abuse and extreme conditions. It can, for instance, withstand drops up to 6.6 feet, all while surviving depths of up to 102 feet underwater. The shell is also dust-proof, so you can take it to the desert with no danger of damaging the interior, apart from being freeze-proof down to -10 degrees Celsius. It can also withstand pressure of up to 220 pounds, so you can sit on the darn thing without braking it. Unless, of course, you’re a sumo wrestler, at which point, all bets are off.

Want one? The Panasonic Lumix FT7 hits stores in the summer, priced at $450.