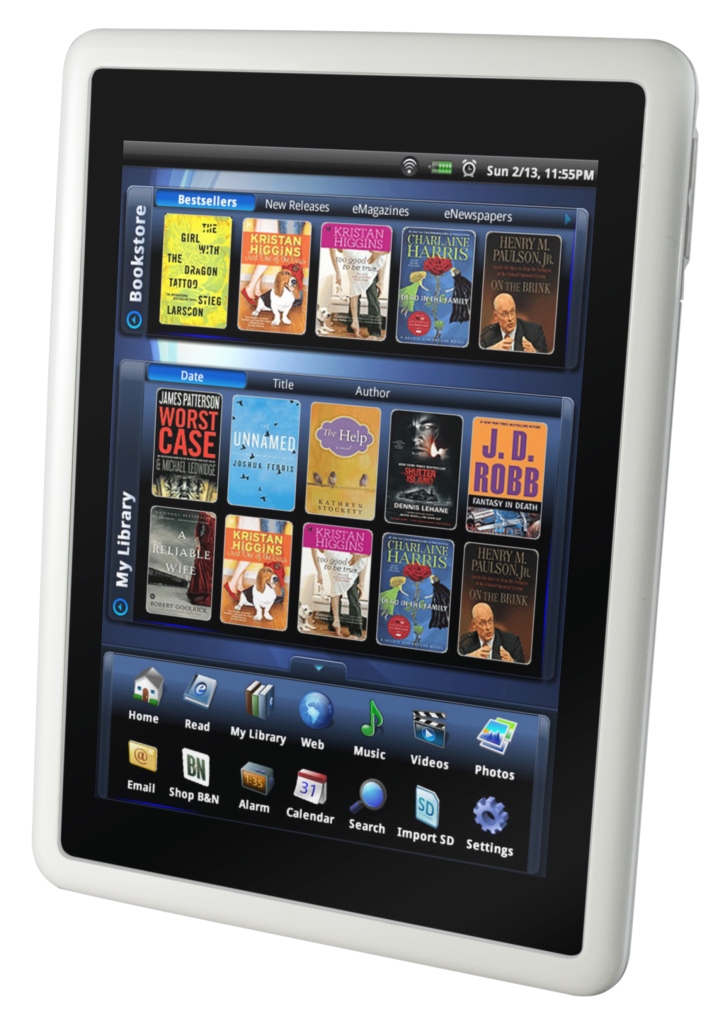 As the iPad has shown, your ebook reader doesn’t have to be e-ink-based to gain fans. We guess that’s what its creators are banking on for the Pandigital Novel, a color e-reader with a conventional LCD screen.

No ebook reader worth its salt can do without content partnership and the new device has a big one with Barnes & Noble in the fold. Yep, they’ve managed to be a straight up competitor to the Nook and get the brick and mortar giant to release their eBookstore application for the platform too. That means access to over one million eBooks, newspapers and magazines, along with the LendMe feature that lets users share ebooks with fellow eBookstore users. 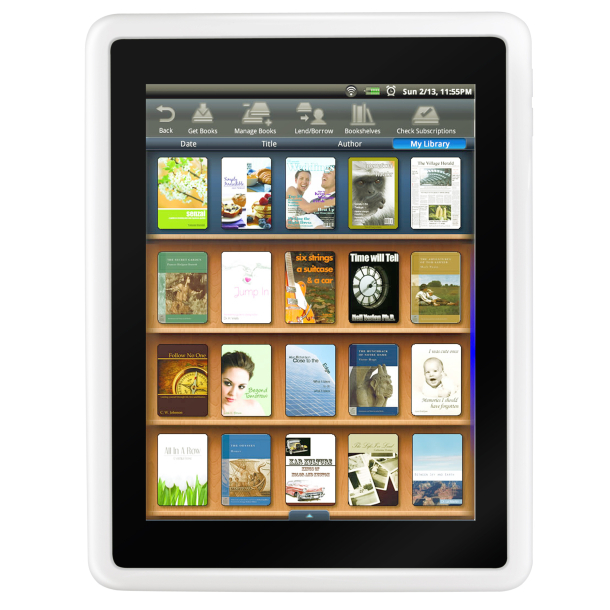 The Novel houses an Arm 11 processor and 1GB of built-in storage inside a sleek 7.5 x 5.5 x 0.5 inch (h x w x d) shell that brings to mind recent tablet designs. It comes with a 7-inch touchscreen display (800 x 600 resolution), WiFi, SD card expansion (up to 32GB), a USB port (for syncing with a computer) and an unspecified (likely modified) Android build. The big sticking point is the battery life, which is only rated for six hours of reading time.

While marketed as an ebook reader, the Android-powered slate also features a built-in web browser, an mp3 and video player, an email client, image viewer, alarm clock, a calendar application and some games. It supports PDF, EPUB, and HTML ebook formats.

Since it’s an LCD, expect the Pandigital Novel to be more suited for indoor use. It ships in June and retails for $199.99.