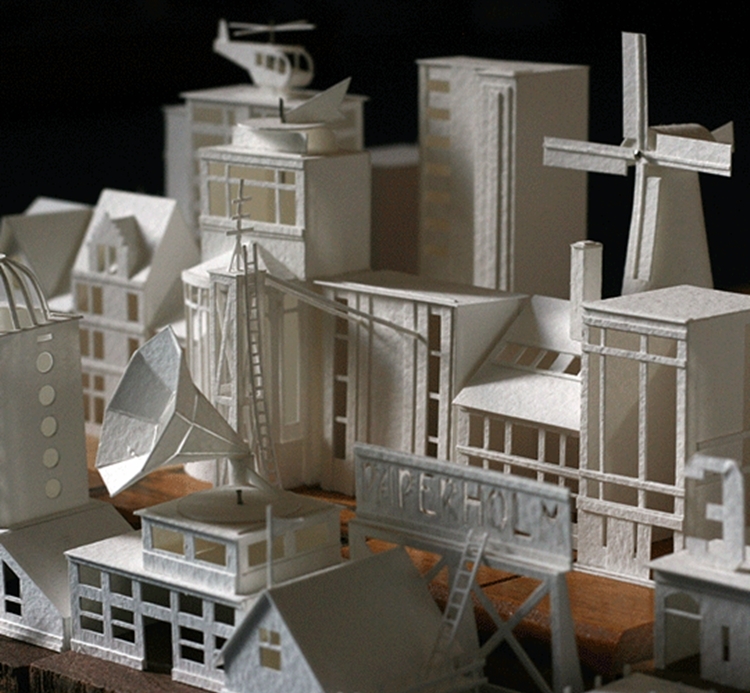 We see a lot of 365-day creative projects being undertaken online. Few of them ever make it to completion, with life (and, sometimes, just a lack of dedication) frequently getting in the way. Fortunately, Paperholm isn’t one of them.

Created by Edinburgh-based artist Charles Young, it’s a set of papercraft buildings produced over 365 days. He built one finished piece a day starting from August of last year, sharing them on his Tumblr page as soon as a piece is done. With the final piece concluded last August, the result is a fascinating collection of various structures, comprised of buildings, windmills, towers, and some odd-looking elements (e.g. a giraffe-shaped building with a carousel beside it). 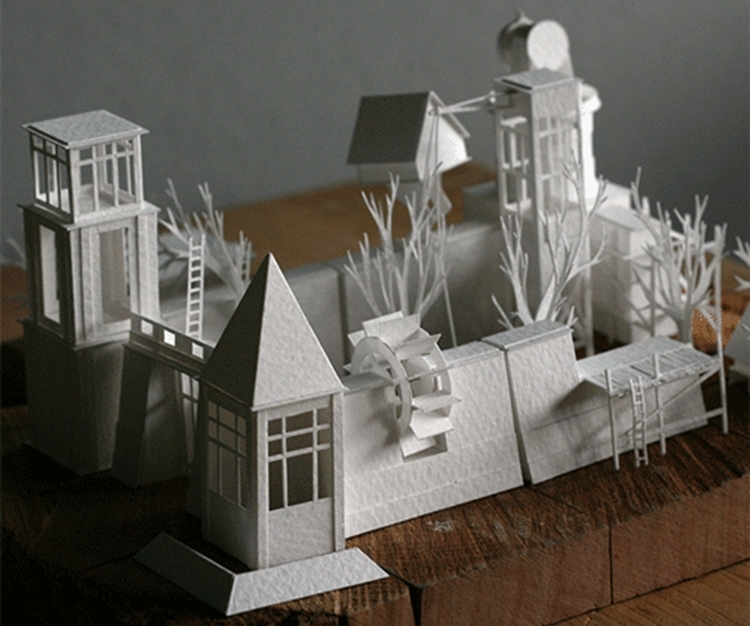 Paperholm consists of 365 different paper sculptures, each one created using 220gsm watercolor paper and PVA glue. The amount of time each one took varied, depending on complexity, but went anywhere from 20 minutes for easier models to three hours for more elaborate creations. While most of the buildings are static, some of the more complex ones integrated moving components, making the whole thing feel more like a living, miniature city. He calls the collection a “completed island,” which hints at the probability that he will probably build a second island some time down the line. 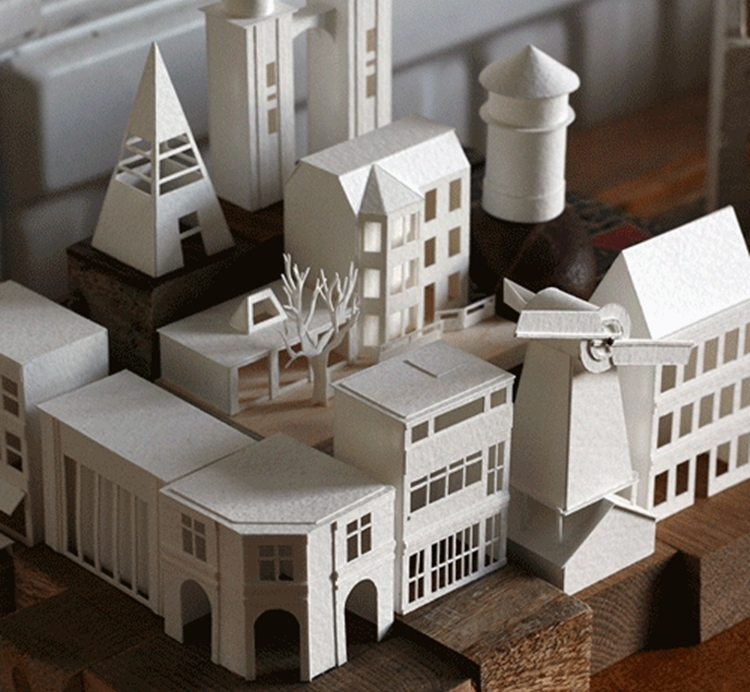 According to Young, he’s currently working on ideas for exhibiting Paperholm, alongside his other paper-based work. As a city-building fan, I’d totally love to see these things set up as a proper town, with roads, infrastructure, and the usual tokens of civilization in tow.